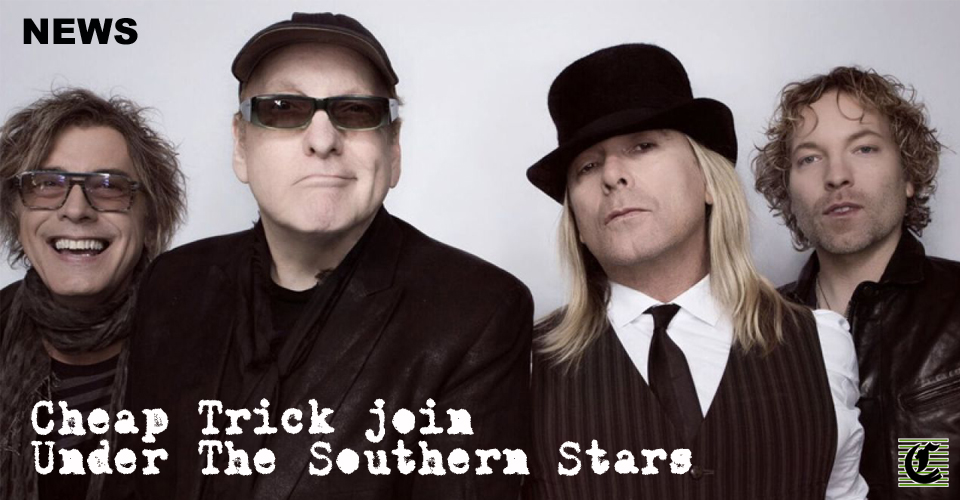 2020 was a heck of a year for acts trying to get to Australia. Lock downs, quarantines, cancellations and delays have seen International touring screech to a halt for the best part of a year. Good news is on the horizon though with the Under The Southern Stars concert series confirming the shows will take place in April and May of 2021.

Originally planned for early last year, the line-up of ‘90s rockers Bush, Stone Temple Pilots and Live, the concert was postponed due to the COVID 19 crisis. While sadly the news that Live will not be able to make the trip due to schedule conflicts, the exciting news that the legendary Cheap Trick will now join the bill.

Cheap Trick are one of the best rock‘n’roll bands that have ever walked the Earth with a swag of anthemic rock songs that is a master class in rock itself. I Want You To Want Me, Dream Police, Surrender and The Flame to name but a few.

They release their 20th studio album In Another World on Fri 9 Apr, which will give you a few weeks to get used to it. Inducted into the Rock & Roll Hall Of Fame in 2016, Cheap Trick is one of the most enduring outfits over their 40+ year history and always bring a hit heavy set of crowd pleasing favourites to their sets – making them one of the best bands you will ever see live.

The event has clearances from the National and state governments and exemptions are approved.

Along with Bush and Stone Temple Pilots, Cheap Trick performs in Under The Southern Stars at Adelaide’s Bonython Park on Fri 7 May. Joining them will be Australian rock‘n’roll outlaws Rose Tattoo and Electric Mary.

Tickets are on sale at www.underthesouthernstars.com.au. Click HERE to purchase your tickets.