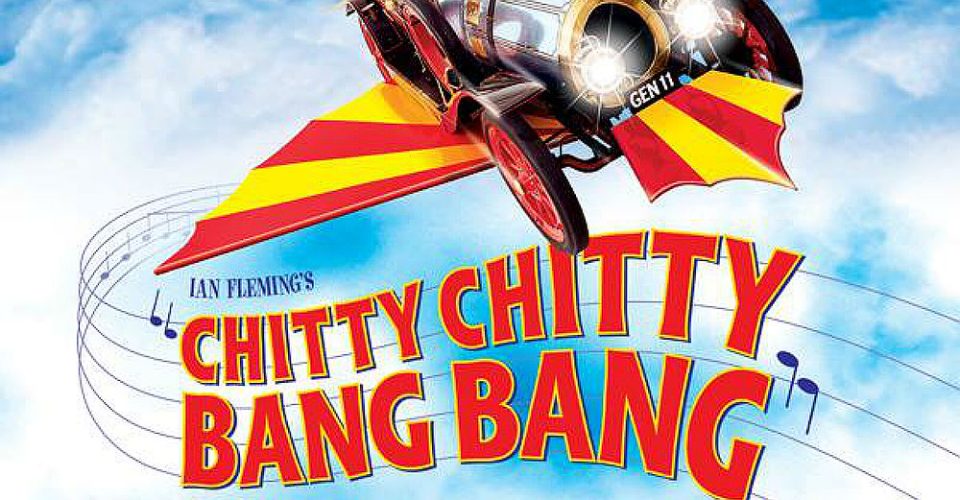 Musical Theatre Company Pelican Productions are all set for the unveiling of their most ambitious project yet – the staging of that eminently enchanting childhood tale, Chitty Chitty Bang Bang. Based on James Bond author Ian Fleming’s only children’s story, the 1968 classic film has become a ‘fantasmogorical’ favourite for generations of children since.

Big time theatre companies around the world have experienced huge success in bringing this tantalising tale of a magic flying car to life – anything is possible with million dollar budgets, right? So how does a growing, local company without the big budget even begin to imagine such a challenging undertaking? In grappling with the sheer logistical intricacies of recreating such a huge production, it is clear that company founders and co-directors Kylie Green and Jen Frith are blessed to be surrounded by a strong team of singer/actors, musicians, technical crew and volunteers.

The Clothesline speaks with Kylie and Jen, via email, and begins by asking how Pelican Productions first came to life and what their aims and aspirations are as a music theatre company?

“We met 12 years ago working on a youth theatre production. It was a fortuitous meeting, we could’ve easily gone our separate ways after the production ended but instead it was the birth of our first project – Music Theatre Camp. Our focus has always been short term, condensed rehearsal period productions where children and young adults can completely immerse themselves in a theatre experience without it impinging on all of the other activities that they fit into their schedule. Our goal has always been to create high quality experiences and theatre productions where young people work with industry professionals and the very best of Adelaide’s technical designers and operators.

“2014 was an extra special year for us. As well as celebrating our ten-year anniversary, we were awarded ‘Best Ensemble’ and ‘Best Technical – set and costume design’ at the Adelaide Theatre Guide Awards for our production of Disney’s The Little Mermaid Jnr.” 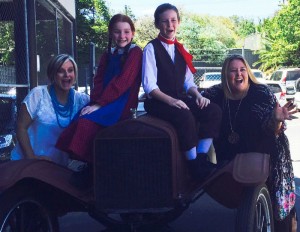 How closely have you been able to follow the film with your production of Chitty Chitty Bang Bang?

“We both have fond childhood memories of the movie and you can certainly see the influence of Ian Fleming with the heroes and villains in the story, one of them being a flying car. The musical is quite different to the film and while the story is quintessentially similar, the musical brings many of the imagined scenes into reality.

“We have worked very hard with our young actors to bring authenticity to their roles that so many of our audience will be familiar with. The real hero of the film and musical, Chitty herself has been our focus from the very beginning. The question that everyone asks is ‘Will she fly?’ Our answer? Well, you’ll need to come and see for yourself!”

Getting a story like this on the stage must be a huge challenge for an amateur theatre company.

“Bringing Chitty Chitty Bang Bang to the stage has been our toughest challenge yet. The easiest part has been telling the story; our cast are all incredibly talented and cohesive. It has been behind the scenes that has been the most challenging. The sets are complicated and intricate, after all most of them were invented by the eccentric character Caractacus Potts. We have an amazing team of volunteers, from costumes to craft, building to blue prints; we couldn’t pull this production together without them.”

Where did you find the 1923 Model T Ford and what has been done to transform her into Chitty Chitty?

“We debated whether to build a car from scratch and in the end decided to use a body from the 1920s era. We found a partly restored 1923 Model T Ford for sale in Geelong. The owner had been restoring her over a 40-year period but had decided he wouldn’t finish it and was happy for her to be transformed into Chitty Chitty Bang Bang.

“We engaged a mechanical engineer to work out the technicalities of lifting the car and, together, we have set about transforming it into the magical flying car. One of the many highlights has been working with the simplicity of the Model T where the body is only held in by six bolts to it becoming a far more complicated vehicle with retractable wings, air-powered hovercraft with a real personality all of her own.” 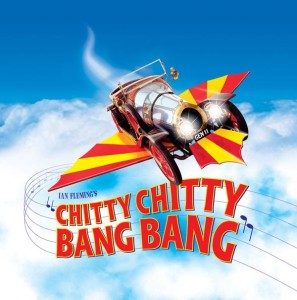 The roles of children Jeremy and Jemima Potts are shared by three sets of sibling pairs Flynn Miller and Aliyah Goodburn, Joshua Spiniello and Gemma Dandie and Finnegan Green and Zara Blight.

“Chitty Chitty Bang Bang is a musical that requires actors with a vast age range, which makes it a unique show in itself. Our production has actors from the age of seven all the way through to Grandpa Potts played by iconic Adelaide actor Max Rayner – who has devoted much of his life to theatre and has directed, choreographed or acted in 90 shows around Adelaide. His first role was in 1978 in the Met’s production of Viva Mexico.

“We have a young cast of fresh faces with many professional credits to their names. Angus Birdseye and Jason Bensen share the role of Caractacus Potts, the eccentric inventor and father to Jeremy and Jemima. Angus made his professional debut playing Kurt in The Sound Of Music at the Adelaide Festival Theatre back in 2001 alongside famous stage father Captain Von Trapp and is now he’s performing as a famous stage father himself.

“We have intentionally cast Rebecca Taylor and Caitlin Mortimer-Royle as Truly Scrumptious. Both are first-time leading ladies yet we were incredibly impressed with their genuineness and natural interpretation of the character. We were looking for someone who would bring their own interpretation to the role, who would not be influenced by such a well-known character.”

What do you feel will be the highlight scenes for those intending to see Chitty Chitty Bang Bang?

“Audience members are sure to be wowed when Chitty first floats and then stretches her wings to fly. While we may not have a million-dollar budget, we do have some fantastic tricks up our sleeve to surprise and delight.”

Book at TryBooking.com. Click HERE to purchase your tickets.