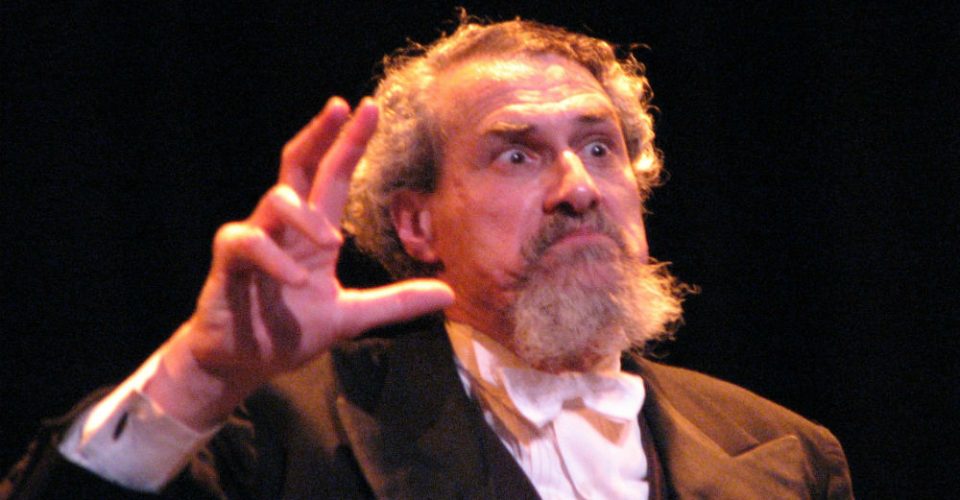 Philip Zachariah is brimming with enthusiasm as we enjoy a little banter on our warm Adelaide morning. His 11-year-strong touring show – Dickens’ famous 1847 piece A Christmas Carol – is set to bring Christmas cheer to The Bakehouse Theatre. Philip is, by every means, so intensely likable and full of wonderful conversation on the telephone, it is easy to understand the rave reviews for this performance which he conducts solo and performs all of the characters within the tale.

We begin by asking Philip if he ever imagined his show would be going this long, and this strong?

“No, of course not,” he replies. “After two or three years of performing the show, I began to realise I could not imagine not doing it, and there seemed no logical reason to actually stop. I enjoy it, the audience seems to enjoy it and, because I have the luxury of being able to work on other projects at the same time, I have never tired of the show. Naturally, one has days when you are physically weary, but that is the same in any job and nothing to do with the actual show itself.”

What do you find most rewarding about the role? Do you ever tire of the longevity of it and how do you keep it fresh and vibrant for the audience as well as yourself?

“It’s a funny piece and, although I have performed it for such a long time, the ever-changing formulas we sometimes need to adhere to make things interesting,” Philip says. “One of the very first versions of the show ended up being about two and a half hours – which, of course, is too long. Standard is that the performance is two hours including an interval but we have had thrilling moments when we have been very quickly pulled up and informed we have an hour to get our message across and that’s it! This happened in Germany and somehow we managed to get away with a 55 minute show and a happy audience!

“I have the privilege of performing in other shows and this, too, makes life very fluid and ever changing. Besides, the show is such a wonderful story; I love the joy it brings others.”

Philip tells us that he feels so fortunate to have toured this show to New Zealand, Europe, China and Malaysia and that he thinks it’s beautiful to see the different reactions.

“There was one performance in Germany where, I was later informed, had perhaps at best only half its audience being able to understand English,” he recalls. “They loved it nonetheless. Another time in NZ, I had the honour of having a family come up to me and state that their great, great grandfather would have been very proud of the performance I gave. Yes indeed, they were direct lineage to Charles Dickens himself! That was just amazing.”

Being a Christmas tale, is this show performed only during the festive season?

“No, we perform this show throughout the year,” Philip explains. “A Christmas Carol is studied in many schools and, as such, is part of the touring route is within the school system at times, which I find this very rewarding. It is amazing to see kids in this century getting so much out of a story written in the 1800s.”

Philip Zachariah’s performance of A Christmas Carol has been acclaimed as a liberating and enthralling experience. His previous life of studying Applied Physics is certainly far-removed from his current existence.

“I was having quite a dull time studying, when I realised that perhaps I would actually enjoy acting,” he says. “I enjoy the character that is Charles Dickens because many people are not aware that, whilst he obviously wrote a great deal of very well-known literature, his passion was actually to act and hence he would often script write in such a way that one person could actually capture his work.

“Whilst I have no end date of when I will continue this show, I imagine my energy may wane slightly as I age but I cannot see it happening yet!” Philip concludes. “Whenever I feel any uncertainty, Mr Dickens grabs me by the collar, and off we go. This show definitely has its own energy.”

Philip Zachariah performs Charles Dickens’ A Christmas Carol at The Bakehouse Theatre from 7.30pm on Wed Dec 17 until Thu Dec 18.

Bookings on 8227 0505 or www.bakehousetheatre.com. Click here to purchase your tickets.