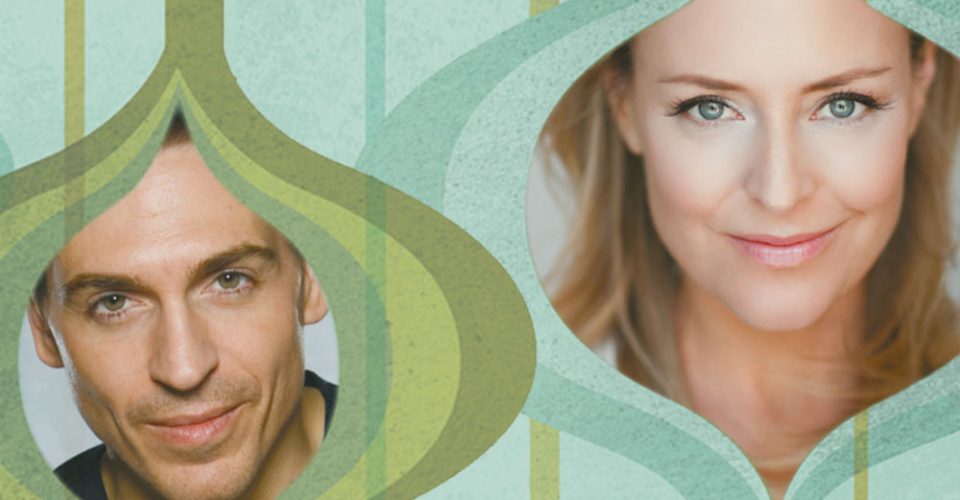 The Adelaide Festival Centre’s Christmas Proms has become a grand tradition of the festive season. But this year they are taking things up a notch by stepping back in time to the ‘50s and ‘60s with A Swingin’ Christmas Proms. Returning to the Festival Theatre stage is the fabulous Rachael Beck [Chitty Chitty Bang Bang/The Sound Of Music] and the uber-talented Michael Falzon [Swing On This/Rock Of Ages] along with the Adelaide Art Orchestra conducted by Musical Director Timothy Sexton. Rumour has it that Santa Claus may even drop by along with cheery perennial favourites, the clowns, Moose and Boppa.

We catch a moment with Michael Falzon to talk a little cabaret, a little Swing On This and a lot of Christmas Proms. He mentions, just quietly, that we may or may not see something from him at the Adelaide Cabaret Festival in 2015 but, for now, that’s a bit of a secret that wecan all keep to ourselves. Until then, Michael is really looking forward to coming to Adelaide for this year’s Christmas Proms.

“The first time I performed with the Adelaide Art Orchestra was on the Cabaret Festival Gala Night,” he begins, “which is where I met Timothy Sexton. The Big Band musicians performed in Swing On This so it’s going to be great fronting the whole orchestra; its going to be pretty amazing with the big sound on that beautiful stage. I’ve performed on there a couple of times now so I’m getting to feel quite at home.” 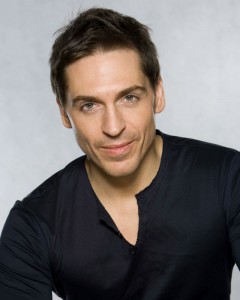 Michael goes on to say that Swing On This have just launched a season at the Gold Coast Arts Centre, and they will also be announcing some more dates in March 2015.

“One of the most difficult things for us is to find a venue to match the availability of all four gentlemen in the show [Matt Lee, Luke Kennedy and Ben Mingay]. We knew it was always going to be a problem but we are finding our way around it.”

Having sung together many times, Michael is very pleased to be sharing the stage with Rachael Beck once again.

“Rachael and I have known each other for a very long time but we first performed together back in 2007, opening the War Of The Worlds Arena Tour in Perth – which toured everywhere but Adelaide, sadly,” Michael says. “We also did a show called Ordinary Days here in Sydney, straight after I finished Rock Of Ages which closed a little early. Lucky really, because that was when Rachael called me and got me involved with the show. It was a nice segue from a big rock show into a small four-hander.

“We’ve also performed some concerts together and the odd corporate gig,” he adds, “but we’re very good friends so doing Christmas Proms together is going to be a lot of fun.”

With Rachael still on tour at the time of speaking with Michael, along with his work overseas, workshops for a new [currently unannounced] concert tour in the works, and time away performing on the Bravo! Performing Arts Charter which includes Elaine Paige, David Hobson, Marina Prior and Simon Tedeschi, rehearsals had not yet begun.

“It’s a very busy time of the year– for which I’m absolutely grateful; it is hard work but it’s so enjoyable at the end of the proverbial day when you’re up on that stage performing music,” Michael says. “I’m also learning a lot of new songs for the Proms, which is a lot of fun because Timothy has put a bit of Swing in there (after enjoying himself so much during the Swing On This concerts) some jazzy Christmas stuff and all the carols that everyone expects to hear; all of which will be a bit of a mixed bag, but very enjoyable to sing.”

Do you have a favourite Christmas Carol?

“Not one in particular. As a teenager I used to sing Carols with some friends on the Gold Coast and Brisbane, which was a lot of fun,” he recalls. “It was back then that I really learned all the cool harmonies in Carols that people don’t really know are there, so I hope to nostalgically pop a couple in when I’m singing a song or two with Rachael.” 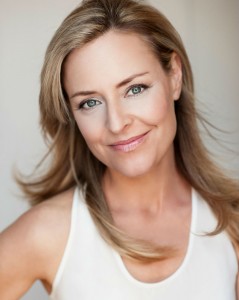 It would be interesting to see a Falzon/Beck version of Bing Crosby/David Bowie’s Little Drummer Boy?

“Yeah, that song is lovely. I’ve just started taking a look at that; it’s really very charming. I saw the YouTube clip for it – which is quite unique,” Michael chuckles, “but the arrangement is very pretty and I don’t think it gets performed very much.”

Will the show stick closely to tradition, or is there room for other songs?

“There will definitely be other genres in there, mainly because this year the event is A Swingin’ Christmas Proms, so that leaves it open for us to offer up some nice surprises for the audience,” he says. “You might hear one or two songs from Swing On This, partly because we are performing two acts and therefore we can swing it up a little bit as the night goes on.

“I think this is going to be a lovely night and it’s obviously a great community event.” Michael concludes. “Coming there with Rachael should prove to be something quite different than in previous years. We’ll certainly have the traditional elements there but with Timothy Sexton bringing something new with the 34-piece Adelaide Art Orchestra, it should be… I know I keeps saying fun, but that’s because I know it’s going to be a lot of fun. This will be something a bit out of the ordinary; we’ll be turning a little slice of tradition on its head which is going to make the entire evening really enjoyable – for all of us!”

Michael Falzon performs A Swingin’ Christmas Proms with Rachael Beck, along with Timothy Sexton and the Adelaide Art Orchestra at Festival Theatre, Adelaide Festival Centre, from 11am & 7.30pm on Fri Dec 12 and from 2pm & 6.30pm on Sat Dec 13.