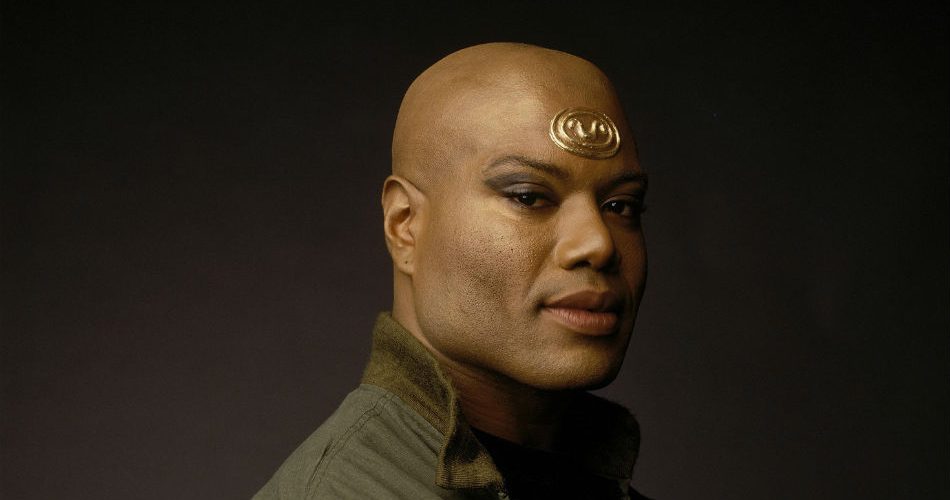 Christopher Judge is well-known to fans of the military sci-fi television series Stargate SG-1, for his role as the enigmatic, Teal’c. Appearing in more episodes than any of his original cast mates, the role earned him a Saturn Award nomination. As a voice actor, he was the voice of Magneto in the animated X-Men: Evolution, Zodak in Masters Of The Universe vs The Snake Men and D-Mob in the Def Jam video game franchise.

Coming to Adelaide in November as a guest at Supernova, Christopher tells us what he enjoys most about appearing at the sci-fi/TV/comic conventions.

“I get to meet some of the fans who have helped to keep us popular for so long and say ‘Thank you’ to all our Australian fans and tell them how much we appreciate them. I also get to meet people like Barbara Eden from I Dream of Jeannie, who is television royalty to me. I’m in my 50s so I grew up with her show as part of my early life.”

Do you ever get tired of talking about Stargate? 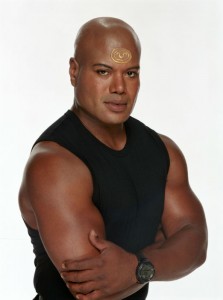 “Absolutely not,” Christopher says. “I was very fortunate to be on a show that ran for ten years. If I never got another role and was remembered for playing a character like Teal’c, that would be alright with me [laughs].”

Having seen the entire series several times, I think Teal’c is everyone’s favourite. How did playing this iconic character for so long affect your acting career after Stargate?

“The acting union was on strike for the better part of a year when we finished Stargate so it actually gave me some time off. I thought it would be easy to get work because people would recognise me from Stargate, but really I spent about a year changing people’s minds, convincing them that my range as an actor goes far beyond just doing Teal’c. It was a bit daunting at first.

“I am fortunate that I’ve got four kids and a wonderful wife. For me, that is who I am first, a husband and a father. So I never get conflicted about my work. I feel very blessed that I get to do what I love for a living, but still, it’s just a job.”

Teal’c was always so serious, as was Amanda Tapping’s character. You must have had a lot of laughs behind the scenes to balance that out. What did you guys get up to working together?

“We played a lot of pranks on each other. It got to the point where, if you weren’t on camera we would ask our stand-ins to read the lines, because we were trying to make each other laugh and not really feeding the lines,” he laughs. “It was great fun for us. I’m not sure how fun it was for the directors though. I never really wanted to direct on Stargate because I don’t know if I would have been able to take the foolishness, as a director.”

You wrote four episodes of Stargate SG-1. Do you intend to do more writing or directing?

“Yes, I will be in the next series I’m doing,” Christopher replies. “I’m very fortunate to have been recently cast in a new television series that I will be acting in until 2017. Unfortunately, I can’t talk much about it until it launches next year, but I can tell you it’s currently called Sentinels, but we are probably going back to the original title Starhawks. It’s written by Mike Disa, who did Dead Space: Aftermath and Dante’s Inferno. He’s just a brilliant, brilliant writer and he has the first two seasons written already and has outlines for five seasons. So I won’t be doing any writing for this one but I do want to direct a few episodes.”

Your role in The Dark Knight Rises was interesting, as we couldn’t see your face at all. How did that come about?

“I went to two auditions before I even knew it was The Dark Knight because the trend nowadays is to have all this secrecy around projects, including for the actors who are auditioning. I didn’t know what it was for until the third audition when they told me I’d be reading for Christopher Nolan.”

You’ve just been involved in a ‘space opera’. What is that?

“It’s a cross between science fiction and a soap opera so they call it a ‘space opera’, with soap opera type stuff going on in a space drama,” Christopher explains. “The pilot that I just did was called Nobility, and I think it will be premiering at Comikaze, Stan Lee’s Convention.”

Okay. I had a vision of people out in space singing opera, so I prefer your explanation [laughs].

Christopher will conduct a general admission Q&A each day of the weekend at Supernova and participate in signing and photo sessions, by arrangement.

For further details, head to supanova.com.au.

Bookings through moshtix. Click HERE to purchase your tickets.