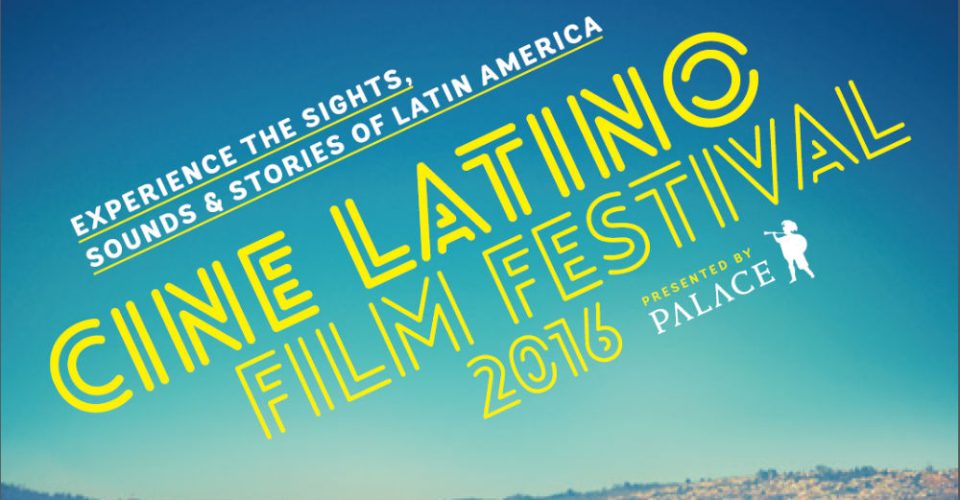 We speak with Program Coordinator Alex Castro as he shares some of the features within this inaugural national film festival.

“This is kind of an offshoot of the Spanish Film Festival,” he begins. Cine Latino is a Palace Cinema festival. They have created and developed it and will present it in the same way that they did with the recent Spanish, Italian and Scandinavian film festivals. The Spanish Film Festival (SFF) has been running for a number of years, and Palace has presented it for the past four or five years. Steadily over time, more and more films from Latin America were being selected for that festival. Spanish really refers to the language; Spanish being the most spoken language in those Latin-American countries.

“But it became apparent that there were almost too many films to fit within the scope of the SFF, so Palace decided that they wanted to produce a Latin American Film Festival. My work with Palace means that I have experience in this area and I set up the Latin American Film Group in the late nineties, which is still running in Melbourne. I was happy to help put together the program for this very first Cine Latino Film Festival.

“All of the movies have been sourced from a broad range of places and spaces,” Alex explains. “Some of our programming teams travelled to Film Festivals around the world, from Sundance and Rotterdam in the search for independent films on particular topics. For example, the Back Four: Four Films About Football program. That was a process of me looking for films that could connect with Australian audiences that were related in some way and could be curated as a program.

“There’s also a program of six films which was curated for us by the Hola Mexican Film Festival, which is based in LA, but was run out of Sydney for many years. They have handpicked six new films from Mexico for us.

“It’s an unusual beast in that it’s had a long gestation, but it’s unified around the idea of Latin America as this cultural region,” he adds. “Through that process we have been able to get more than 30 films from eleven countries, which, in terms of the quality of and the number of films and the number of countries represented, is the biggest selection of Latin American films ever screened in Australia.”

The Opening Night film for Cine Latino is called Neruda.

“It’s a film that came straight of this this year’s Cannes Film Festival,” Alex says. “One way to describe it is a fictionalised bio-pic. It could also been seen as a fictionally retelling of an actual event. The story of the film is around Pablo Neruda who is a Chilean Nobel Prize-winning poet. He was also a politician, a member of the Chilean Communist Party and a senator over two distinct periods within his life. He’s a larger-than-life character in lots of ways, and even though he had these quite firm political views, he was a Bohemian who lived life to its fullest.

“The film is the sixth Spanish-speaking film by Chilean director Pablo Larraín and the second that he has done with lead actor Gael García Bernal. Larraín takes a point in time – the late 1940s in Chile – and the factual events of the day where Neruda made some comments that were dis-endorsing of the Soviet Union during the Cold War, which at the time was highly controversial. Neruda accused the left-wing government of betraying the Communist Party and was quickly impeached by the president of the day. That is a matter of historical record, and the starting point of the film. The rest is pretty much fictionalised game of cat-and-mouse game between Neruda and the police commander who tries to capture him as he seeks to flee the country. The latter is also true.

“Many see the film as quite poetically playful and is probably close to the type of film Neruda would have made about himself, had he decided to do that.”

Tell us about The Violin Teacher as part of the Centrepiece presentation.

“This is an interesting one,” Alex says. “You could almost say it’s a cross between Mr Holland’s Opus and Pity Of God. Like Neruda, this is also based on actual events but it’s a much closer portrayal of the truth. The Violin Teacher is inspired by the true story of the Baccarelli Institute, which is a program that teaches classical music to young people in the slums of São Paulo.

“The movie is based around the character Laerte, a former child prodigy whose life has really hit the skids. Professionally he has lost all confidence, and his personal life has comes to a halt. Laerte reluctantly agrees to teach violin to the kids in this program, and it’s through getting to know them that he rediscovers his love of music. He makes connections with the kids, and because he’s a virtuoso, he inspires a number of them to see a different light of themselves. That part is very much the Mr Holland’s Opus side of it.

“But the movie is set against the backdrop of street crime and gun violence,” he adds. “These two stories meet about three-quarters the way through and then the film just explodes!”

“This is the latest film by Spanish Director Carlos Saura, who has been making films since the 1950s. Within his work he has a series of films that are music and dance tableau films, many of which have screen in Australia including Tango, Flamenco and Fados. Argentina continues in that style, taking us into the subject of the music of the north-east of Argentina.

“Zonda is the Spanish title of the film and translate into the North Wind, which refers to the specific place on the border of Peru, Bolivia and Argentina,” Alex says, “but is not Argentinian folk music like tango or other forms of music. This is quite earthy and raw with a lot of string instruments, drums and many different dance styles.

“The movie presents a series of different dance performances by the best dances within this area. It’s beautifully shot, so if you like music or dance films, then this is perfect.

“The thing about this festival that we’ve tried really hard to achieve is to show the diversity of the region, both in terms of the number of countries and different kinds of films,” Alex says. “One of the things that really stands out to us is that we’ve got some really great films from established film makers and some equally great pieces from independent film makers on some fantastic personal and entertaining subjects.”

Cine Latino is being presented concurrently in Sydney, Melbourne, Adelaide, Brisbane and Canberra.

“Our vision has really been to bring films to Australia that otherwise wouldn’t have made it,” Alex says. “More and more films are being made, technology is becoming more accessible, the quality is increasing, but the screenings seem to be reduced. That’s why these types are festivals are so important; apart from maybe two or three movies in each festival, we really wouldn’t have the chance to see the others.

“As well as our films, we also have a great food and drink component which is authentic to the region,” he adds. “Our Closing Night will have some great wine that people can enjoy as part of the ticket price, along with lots of live music that is suited to the film. For Opening Night we’ve also got a fantastic Chilean wine that people can come and sample, plus a menu that has been specially designed to showcase the different flavours of the region.”

Book at cinelatinofilmfestival.com.au. Click HERE to purchase your tickets.