Circus Of Illusion: Magic, Juggling, Clowning and Mind-Blowing Mime. Fun For The Family… But It’s Time Overdue for Thurston To ‘Duck Out’ and Be Set Free – Review 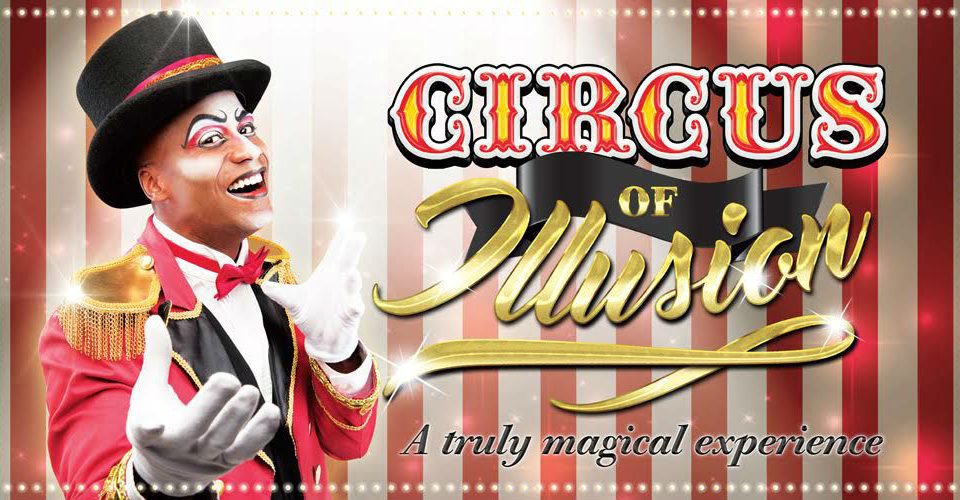 If you like your circus and magic classic and old school, the Circus Of Illusion is for you. It’s jam packed with vaudeville comedy, levitating tables, juggling, mime, aerial tricks and (of course) someone almost gets chopped in half; this circus covers all bases.

Illusionist Michael Boyd (who many will remember as a finalist on Australia’s Got Talent) shows his love for the simple but breathtaking art of illusion. He doesn’t break new ground, but what he does achieve in bringing young children up onto the stage and also in his brief soliloquy about how he discovered magic, is to breathe fresh life into the tricks of old.

Boyd is ably supported by a cast of seasoned performers. French mime artist Stephan Le Forestier was a standout with his stunning statue illusion which mesmerised and fascinated the crowd. This was certainly the most intriguing part of the show – Le Forestier’s two-headed statue was impossible, and yet…a roomful of witnesses would swear that it was possible.

Elissa Cadwell was spectacular on the aerial silks and ring, and to be frank, it was welcome relief to see a woman being more than a pretty assistant in sequins. Like I said, old school.

Further to that, Boyd’s use of a duck, or ducks, in one illusion was a disappointing low point in the show. Thurston the Duck was billed (sorry!) as a special guest who had just flown in from the U.S., but the poor animal was so distressed throughout the act that it was difficult to focus on the trick. And the trick was mind boggling. Magicians stopped pulling rabbits out of hats a long time ago. Maybe it’s time for the liberation of magic ducks too.

Misgivings about sequins and ducks aside, the Circus Of Illusion is great entertainment and a fun night out for young and old. Audiences will be delighted by the seemingly impossible magic tricks and there will be plenty of giggles.

Circus Of Illusion continues at The Big Top, Bonython Park, at various times, until Sun 23 Oct.