Colin Hay Is Busy Waiting For His Real Life 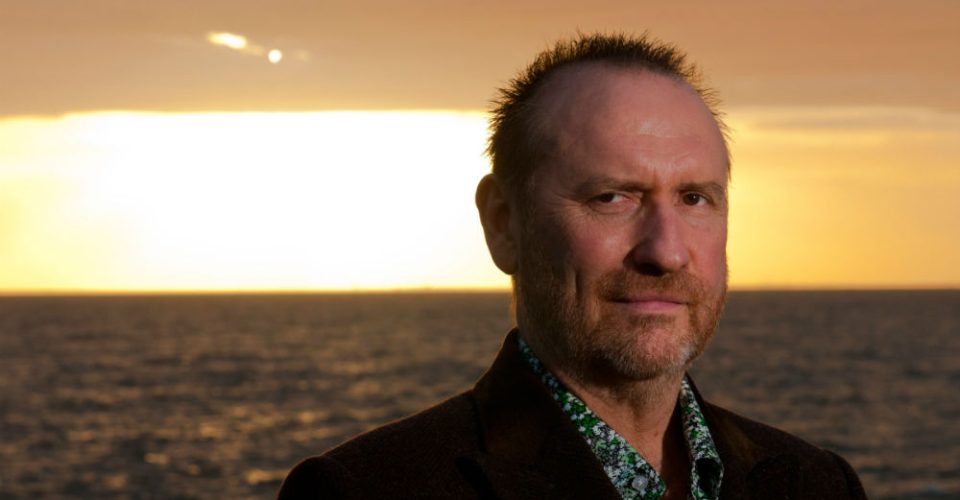 Colin Hay has been very busy while waiting for his real life. Busy receiving an Academy Award for the iconic song, Down Under, busy writing and touring 11 albums (some with Men At Work, some as a soloist), busy performing in front of the entire planet at the Sydney Olympics Closing Ceremony, busy writing the kinds of songs that end up on film and TV soundtracks (Scrubs, Dawson’s Creek, Judging Amy, Garden State).

He has also been busy being an alcoholic. It may be hard to imagine that someone who has worked that much and been that successful and prolific feels like he’s still waiting for something – real life – to happen. But maybe we all feel a bit that way sometimes.

Colin Hay is making his way to the Adelaide Cabaret Festival with his autobiographical show Waiting For My Real Life… The Clothesline spoke with Hay, via email, to ask him about his music, his life and what audiences could expect from his show.

“They should expect nothing,” he quips, “and then I’ll exceed everyone’s expectations.”

Hay is possibly being modest, with his show being described as heartbreaking, astonishing and side-splitting. Kevin Triebsch from The Silver Tongue said, “Hay had the crowd doubling over with laughter for what seemed like half the show. Yes, we paid to hear that pure, raspy voice sing those incredible songs, but this was like getting two shows in one.”

Waiting For My Real Life [To Begin] is not only a very honest and heartfelt song but also a retelling of your life in the music industry. How have audiences received it so far?

“I’ve performed variations of this show for the last 25 years or so,” Hay replies, “and so far no one’s complained, although one man in Edinburgh walked out, as I wouldn’t perform the show in French.”

‘Waiting…’ is an autobiography: a guts and glory tell-all that lays bare the good, bad and ugly of Hay’s life. We ask whether there were things he decided were best left unsaid or were completely out of bounds.

“It just felt natural to me to talk to the audience, and tell them what had happened to me, with stories and songs,” he openly says. “It has proved immensely gratifying to me that audiences come and keep coming.”

Does the stage feel like a more natural place to tell his story, as opposed to writing a book?

“The stage is good, very immediate, the page is a lot more work, focused, concentrated…..sorry what was I saying?”

Your live performances are known to be eclectic. Sometimes they follow the ‘script’, other times they veer off path – as an audience member this experience can be particularly rewarding, because there is a level of honesty in a performance that mirrors the performer’s state of mind rather than one that has been minutely choreographed. Although you hold the idea that a performance is an organic, living breathing, changeable thing, within your reflections were there any challenges in shaping your life into something as formed as a show?

“It’s not so much reflection,” Hay suggests, “but jumping from one thing to another, the way our brains work. Every night is a challenge.”

Hay has been open about his alcohol addiction, and doesn’t shy away from telling this part of his life’s story. But is he trying to share a message about alcohol?

“Well, for a country like Australia that loves alcohol so much, if the message hasn’t gotten through yet, there’s not much point in me banging on about it. I’m an alcoholic,” he declares, “so I don’t drink, it’s simple. My life is better that way… and in my case, creativity became my salvation, it allowed me to occupy, hopefully, a useful place in the universe.”

Being an artist who has survived the music industry – and succeeded within in it – for so long, do you have any thoughts on the fascination our culture seems to have with youth – especially in industries such as yours? Or do you feel experience holds a higher value?

“Nothing is ever the same as it was,” Hay replies. “My music, old and new, is appreciated by people all over the world. I know this because they write and tell me. I don’t really care about the music ‘industry’, never have really. I think culture has always been fascinated by youth, perhaps more so now. Ask me again in 10 years.”

We may just do that; and maybe Hay’s real life will have begun by then?

Colin Hay performs Waiting For My Real Life… at Dunstan Playhouse at various times from Fri Jun 13 until Sun Jun 15.