THE COMPLETE BEATLES SONGS: THE STORIES BEHIND EVERY TRACK WRITTEN BY THE FAB FOUR – Book Review 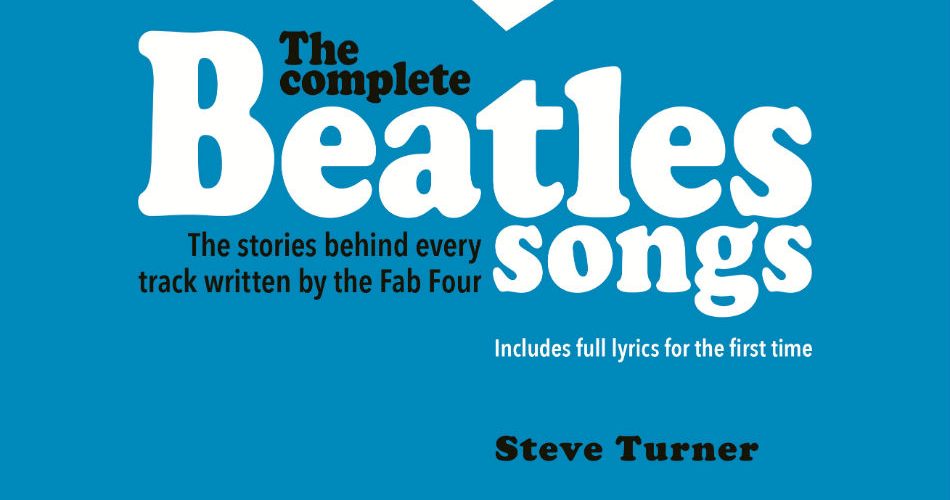 This updated version of Turner’s Fab-Four-focussed collection (originally published in 1994) might have had a little of its thunder stolen by All The Songs: The Story Behind Every Beatles Release and yet there’s still plenty here for newcomer and diehard alike, with every album (from Please Please Me to the third Anthology) and every song (from I Saw Her Standing There to Paul McCartney’s Come And Get It, eventually made famous by Apple-signed band Badfinger) discussed, every lyric carefully printed and yet still more long-unseen photographs reproduced. 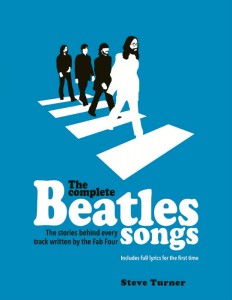 Experts will find much here that they already know, such as Paul’s preference for ‘letter songs’ (like P.S. I Love You), John Lennon’s nagging need to stop writing love songs (leading to tracks like Paperback Writer and the Rubber Soul album), how Sgt. Pepper’s Lonely Hearts Club Band was initially Paul’s idea as John was so out of it at the time, and how annoyed George Harrison was that his tunes were always rejected (he’d get one of his considered after supposedly eight of the others’ offerings had been recorded, which resulted in his wonderfully weird and subversive Only A Northern Song), and yet Turner digs up a few tidbits of unfamiliar trivia worth pondering.

The Fool On The Hill was partially inspired by a possibly paranormal experience Paul had while walking his dog Martha (who of course herself was the subject of Martha, My Dear); the original inspiration for Lucy In The Sky With Diamonds WAS at first a picture drawn by Julian Lennon at nursery school, and Turner reproduces the drawing and details a little about the sad life of its subject, Lucy O’Donnell; She’s Leaving Home’s original focus, Melanie Coe, is profiled and offers a few sentiments for Turner; and Polythene Pam (one of the brief song-snippets that make up Side 2 of Abbey Road’s ‘suite’) was partially about ‘Polythene Pat’, a girl who liked to chew polythene (???), and a sexual escapade that John might or might not have had (he was pretty cagey in an interview with Playboy about it, although you’d think that might have been the best place to come clean).

Written in a pleasingly straightforward fashion, this demonstrates that über-fan Turner is the kind of obsessive who seems to have devoted his whole life to a study of The Beatles, which is intriguing as you might be forgiven for therefore thinking that they were some kind of great band or something.

The Complete Beatles Songs is now available through the Hachette website. Click HERE to purchase your copy.