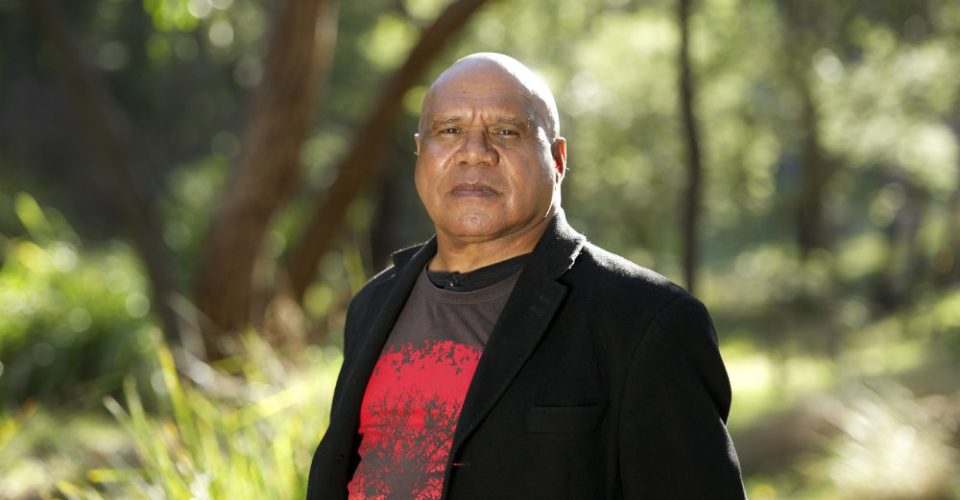 Archie Roach’s songs, telling stories of himself and of his people, have compelled a generation of Australians to sit up and take notice. In 2012, after enduring a period of loss, grief and ill-health, he stormed back into the public’s consciousness with the release of Into The Bloodstream. The album was universally lauded and provided further proof of Roach’s credentials as a storytelling genius. Admired by his peers, loved by his fans, and acclaimed by critics, he continues to impress audiences at concert venues around the country.

We catch up with Archie as he prepares to visit Adelaide for one show only in The Garden Of Unearthly Delights’ Aurora Spiegeltent, and ask about his memories of the Adelaide Fringe.

“We did the Fringe Festival many years ago, many moons ago now,” he recalls. “I can’t even remember the year but it was a while back. It was good to be asked to play there again [this year] because, back in those days, they’d give you a go at a Fringe Festival before you got to play the bigger festivals.”

Your recent CREATION concerts at the Sydney Festival were in a similar style of venue. Will you be performing the same sort of show in Adelaide? Will it be mainly songs from Into The Bloodstream or more of a retrospective showcase?

“It will be probably be a bit of a retrospective set but we’ll do some songs from Into The Bloodstream too,” Archie says. “It will be good to do some other things, but it will probably be similar to Sydney. Young Ellie [Lovegrove] is going to get up on stage before us so I suppose that’s a little bit different. She’ll get up with another young girl, Nancy Bates, and then they will be joining me on stage with the other musicians.”

Speaking of the other musicians, who else is in the band?

For well-known reasons, you came to the writing and recording of Into The Bloodstream album having dealt with a lot of personal pain. Yet, coming from that place, you made an optimistic, hopeful album, describing it as “good medicine” for you. Was the recording process difficult?

“Once you start, and get into writing the songs and then recording them, I think it becomes easier,” Archie explains. “I remember I had my oxygen bottle with me, in the studio, and after each track I’d probably need some oxygen.

“But really, it was just so good; it was such a great experience, coming through all that. Like I’ve said before, it really was good therapy.”

Many of your friends helped you on that record, and continue to do so in your live performances. It must be affirming to have good people around you.

“Jill Shelton, my manager, has been with me ever since things started to take a wrong turn, and she has seen me through a lot of that. She’s a good friend as well.”

On the back of the album’s success, 2013 turned out very well for you. That must have been a wonderful thing. How did you feel after the album, and your touring, was so highly rated by so many people?

“Just very happy, I think,” Archie says. “I’ve been doing this for a long time. To come through it all and get that kind of response from the people who come and see me and hear me, it’s so uplifting. Older fans, and the new ones as well, I really appreciate them. We have this great relationship; that’s the most important thing, for an artist, to have a great relationship with their audience. It’s good; we’re in a good place now.”

Do you have many musical irons in the fire for 2015?

“I will record this year,” he says. “We are going into the studio again and I’m looking forward to the recording process. We’re already writing; I just wrote a new song yesterday, so that was good.

“The songs are coming, probably not as quick as they used to, but they are still there,” Archie concludes. “You know when you’ve written something good.”

Archie Roach performs at The Garden of Unearthly Delights’ Aurora Spiegeltent at 7.00pm on Tue Feb 24.