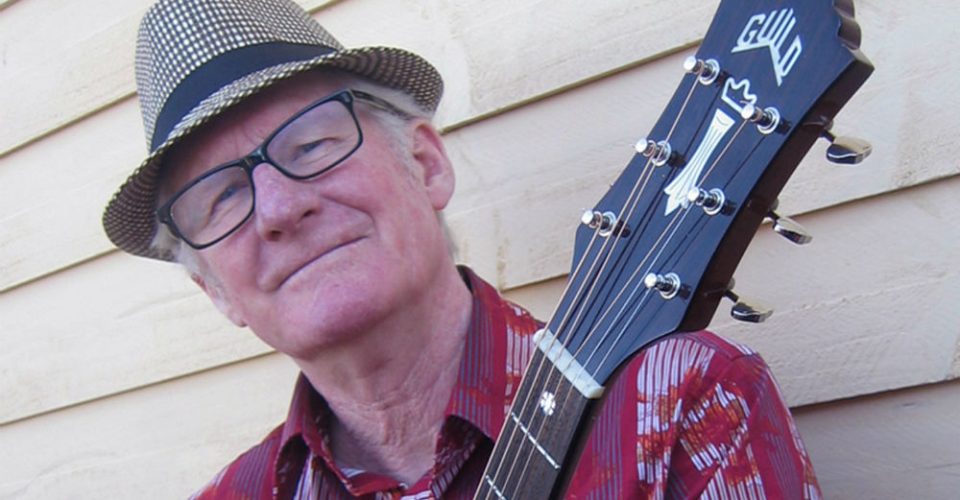 The Clothesline writer Sian Williams gets a feeling of instant camaraderie when member of well-known Australian blues band, Chain, Phil Manning answers the phone with a smile in his voice. Manning and Williams (violinist and former member of Colcannon) discover in fact that they know of each other, having shared a space on the program for a Scottish Festival, some 15 years previously.

Manning has embedded himself firmly in the hearts of many blues and music lovers and it was fun to discover a musical connection when viewing many of the CD’s he has produced and appeared on.

“That so typical”, he laughs, “I remember you guys! What a great place to play; such rich musical history!”

I marvel at his thoughtfulness in Googling a Welsh pronunciation site to be able to say my name correctly, and from thereon you get the feeling that this is one great guy.

Indeed many others think so too. Manning has travelled the world with his song writing and guitar playing, and been a guest as a session musician with some world-renowned performers including tours with Muddy Waters, Doobie Brothers and Sonny Terry. His thoughtful lyrical content appeases those who love the blues, with his band Chain producing the only number one single that a Blues album has ever produced along with sharing the title of a double gold album, in 1971.

Manning’s performance career, which spans decades of musical activity, has an enormous list of accolades, tours, and partnerships with some amazing co-writers and band members. He also has the uncanny ability to absorb other style of music and recreate them to suit his own personality and the style of the show he is performing within.

As part of the Adelaide International Guitar Festival (AIGF), he is appearing at the Coopers Late Night Sessions with legendary performer Chris Finnen and his band. We ask if he has played the AIGF before?

“I’ve made an appearance before but not as a featured artist,” Manning replies. “To co-perform with long time friend Chris is an absolute treat, indeed and I’m itching to get over the border and get a great look at some of the other performers, as well as enjoy time with Finnen and the band, rehearsing and preparing for the show.”

So many people appear as if they are improvising. Is this a skilled illusion or are they really just making the music up as they go?

“No, we will be rehearsing for sure,” he laughs. “There are a couple of songs I’ll actually be teaching Chris, and vice versa, because we want to do them justice and have a structured and well planned version of the song. I’ve played with these guys so many times, but it’s naturally something you don’t want to wing onstage! There is always a little improv that goes on, but for the most part that appearance you can get of people ‘making it up’ is sometimes just a very good sign that things are relaxed on stage, and they’re actually just having a lot of fun. That will be us for sure.”

Manning mentions that touring has been very hectic in the past year.

“I’m a bit similar to someone like [Eric] Clapton actually,” he muses. “I say that only because he has recently announced publicly he isn’t touring much at all anymore. It looks glamorous but it’s so time-consuming; so much time is spent waiting; waiting for planes and trains, waiting to go onstage. There’s just a massive amount of time in between the actual playing.

“My wife used to come way with me quite a lot,” Manning adds, “but now only sometimes. These days I pick and choose more carefully what I do anyway. There is so much opportunity to play at events such as this. I just can’t wait to see some of the other performers, the program looks great.”

We chat about South Australian guitar makers, and I throw a few names around to see what exactly sits in the Phil Manning music room at his house.

“I was an endorsee for both Fender and Guild guitars for a long time,” he says, “so that’s mostly what I have played and own. But there are definitely some beautiful instruments out there!”

We finish our time on the phone by Googling and discussing many well-known Adelaide instrumental makers before wishing Manning a great time at the Adelaide International Guitar Festival.