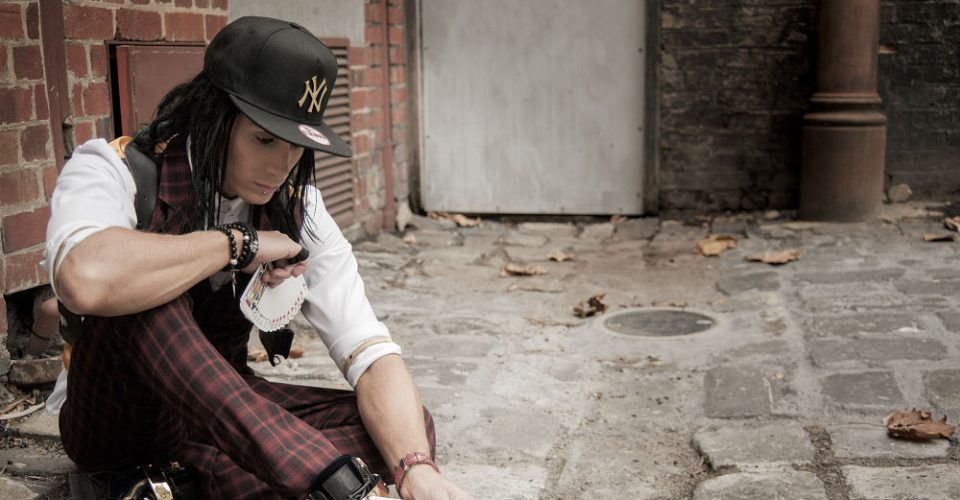 After exploding onto the public stage in 2001 as the runner-up of Australia’s Got Talent, world-renowned entertainer and Australia’s own International Magician of the Year, Cosentino has gone on to win Dancing With The Stars in 2013, been nominated for Men’s Health [Magazine] Celebrity Man 2015 and has toured the world promoting his television shows.

Following his highly successful 2013 debut tour The Magic, The Mystery, The Madness and then a 12-month break from performing on the live theatre circuit, grand illusionist Cosentino is returning to Adelaide as part of his national Twisted Reality Tour.

We speak with Cosentino and begin by asking if the year off allowed him time to relax or to create new illusions.

“There’s wasn’t much rest happening,” he says. “My TV shows have aired in over 40 countries, so we spent much of that year chasing the show around the globe. That didn’t leave much space for theatre touring but it was a great thing to be doing with our time. The TV shows are kind of the Trojan Horse that allowed me to go into places like Singapore, Vietnam, Jakarta, New Zealand – basically all of South-East Asia.”

Do you ever pinch yourself and say ‘This is what I wanted but I still can’t believe that I’ve got it’?

“One hundred percent!” Cosentino enthuses. “I’m not one of those stories where I was just having a bit of fun and suddenly it all happened – even though some people do have beginnings like that – mine is a little more orchestrated to some degree. I’ve been doing magic since I was a kid, I always dreamed of having my own TV show… Did I think that it would be in 40countries? No. But I wanted it to be! I wanted my art to be seen by as many people as possible. So, really, the answer is yes and no [laughs]!”

Cosentino’s Magic Kit, filled with over 100 tricks in the one box, is the number one selling kits of it kind worldwide. They were also the top selling item in Australian Geographic stores over Christmas. Although it’s great to inspire potential new magicians in children, we ask Cosentino if he feels he is giving away too many secrets and maybe spoiling some of the illusion.

“It’s interesting, isn’t it, and people do ask that a lot,” he says. “But the reasoning behind it is inspire the power of curiosity that magic can have on a child, by knowing the secret of a trick. When I first learned how to do a very basic disappearing coin trick, I showed it to my father, who is a structural engineer and, to me, a genius and not easily fooled. But he had no idea how I did it I got so excited that I could do something that he couldn’t do [laughs]. There was a real transfer of power – knowing something special that no one else knows.

“On one hand the magic kits do reveal trade secrets, but they do far more than that; without wanting to sound soppy, the kits also help to build confidence in kids, that they can do something magical. We felt the kits were almost too good, especially now that we are looking to create a new kit, because we literally put the best effects in this one box… You really couldn’t find a magic box on the market that has better stuff in one hit, and kids are loving it!”

What new illusions have you developed for this tour?

“We’ve created a few things, although not everything we worked on has come to fruition,” Cosentino replies. “There have been a lot of prototypes for new escapes and material, but even the ones that have made it in to the show take a minimum of three months to create and prep. There are new escapes and illusions, and some new street magic that I do right down in among the audience so as to involve as many people as possible.

“I’m very careful about what I choose for the show because I keep it very family orientated. The age demographic of fans is so broad that I need to have things in there that are fun for the kids to laugh and giggle at, but there’s also some stuff that the adults can sink their teeth into and be left wondering how it was done.

“To be perfectly transparent, I’m trying some new stuff that I’m not sure will work until I go out there and do it with an audience,” he says. “You can rehearse and practise as much as you like, but you don’t really know until you get out there and do it whether it will be less or more than what I expected from it. I’m not making excuses for it, but the show is a living, breathingorganism that kind of grows as it develops – which, I think, is the beauty of live theatre as opposed to a TV show. Some things get taken out, some get analysed and made better; that’s the way it should be with a live show. That’s what keeps it exciting – for me, and for the audience!”

“I’d love people to come and check out the show. Anything you’ve seen me do on TV, you can see me do live – which is great for the sceptics who will see that we can actually do what we say we can. People have seen me do a number or underwater escapes on TV, but this will be the first time I’ve taken an underwater escape on tour. More importantly, I invite three members of the audience to come on stage and check out everything – tank, locks, and chains. And those three people form a committee and sit, literally, a metre from the water tank and get wet while I’m in it. For me, that’s exciting because there are no cloths or covers, no keys or gimmickry. It’s something special for people who really want to get that close to it… even if they get a bit wet. They’ll feel the energy, the excitement and the anticipation. They’ll hear the chains drop; they’ll hear my breathing…”

Or not breathing, as the case may be.

“Yes,” Cosentino laughs, “and they’ll get to feel all that so much more than they could from the audience. It’s very exciting to be a part of that and to share it so up close and personal.”

Book at BASS on 131 246 and www.bass.net.au. Click HERE to purchase your tickets.