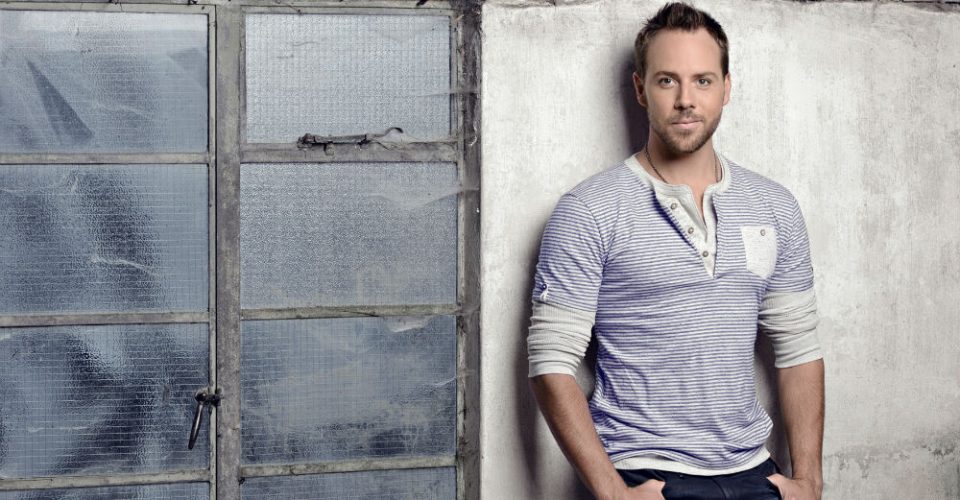 Daniel Koek has had huge success on the West End since moving from Adelaide to London ten years ago. He was meant to perform at the Adelaide Cabaret Festival 2013 following an invitation from former Artistic Director and good friend Kate Ceberano, but he had to pull out due to landing the epic role of Jean Valjean in the West End production of Les Misérables, which he went onto play full-time for more than a year. In 2015, Daniel promises he will not be missing the Adelaide Cabaret Festival and will be performing highlights from many of his leading roles in musical theatre.

Daniel Koek will fly home to Adelaide following the official launch of his second studio album HiGH at the Australian High Commission in London. The Clothesline speaks with Daniel via Skype about his show Bringing Him Home With His West End Story.

“I am excited to be able to finally perform at the Adelaide Cabaret Festival,” Daniel begins. “My story and journey has changed in the past two years, but I am still trying to make it quite personal as this show is about me coming home. It’s where all my music achievements stem from. I went to Faith Lutheran College in Tanunda, which has a fantastic music program and I did my bachelor degree at The Conservatorium of Music at the University of Adelaide. My talents were nurtured from a very early age, so the show is quintessentially songs and experiences from the last ten years; my timeline through music.”

Daniel is tight-lipped when asking about which songs that will feature in his show, but explains his career highlights like West Side Story, South Pacific, Chess, My Fair Lady, The Mikado and Saturday Night Fever are the best clues.

“I can tell you that I will be singing Bring Him Home from Les Misérables. People won’t let me leave the stage without singing it these days, so that will definitely be there,” he says reassuringly.

Daniel suggests that Bring Him Home is a significant vocal challenge for a singer playing Jean Valjean.

“The role is a relentless vocal marathon,” he explains. “The first part of the show is probably the most exhausting, vocally, and so it puts the voice in a very high and belty place. So then once your voice is knackered, they put the most famous aria in the show in the second act that you really have to hone in and concentrate on your technique and the microphone. It really helps that I am classically trained and have always had very good teachers. Having good technique stands you in a good position for any kind of singing. By the time I get to Bring Him Home on show eight of 8 on a Saturday night I still can sing it because of that learned technique.

“It is the pinnacle of leading man roles,” Daniel continues. “Playing it so young as well was quite an achievement. I had about nine auditions and was then on trial for three months as they wanted to make sure I was really capable of doing it because I was so young compared to others who had previously played the role. When I got offered the part full time, it was such a relief.”

Greg Arrowsmith is the Musical Director for Bring Him Home With His West End Story. Have you worked with him before?

“I first met Greg when I was doing my post graduate studies in musical theatre,” he replies. “A few years later he was the musical director of the production of Chess that I was in. We spent a lot of time on tour together and did some writing and clicked. Greg is a brilliant pianist and arranger and I feel really safe in his hands. He has played all my shows to date. Coming down to a festival like this when rehearsal time can be tight, it is great to be in safe hands. He is only coming over for a week as he is also the MD for a new West End musical, Women On The Verge Of A Nervous Breakdown. So he will be weary, but he is phenomenal.”

Are you going to be spending a lot of time down here in Adelaide?

“I am leaving much earlier than I need to,” Daniel says. “My mum and dad both turn 60 this year within a couple of months of each other. My sister has just turned 30 so we are going on a family holiday in Bali after arriving back in Adelaide. I am very lucky to be an Arts Ambassador for Qantas this year so they have sponsored my flights. Following Bali I will spend a whole month in Adelaide prior to my performances.

“I am really looking forward to coming back home to Adelaide,” he remarks with a big smile. “I believe the show is selling quite well, which is always encouraging. I want to see as much stuff at the Adelaide Cabaret Festival as I can. I am looking forward to seeing Peter & Jack with Teddy Tahu Rhodes in the first week and then I just want to experience as much as possible, including the more quirky shows.”

Daniel Koek performs Bringing Him Home With His West End Story at Festival Theatre Stage, Adelaide Festival Centre, from 2pm & 6.30pm on Sat 13 Jun and from 4.30pm on Sun 14 Jun.