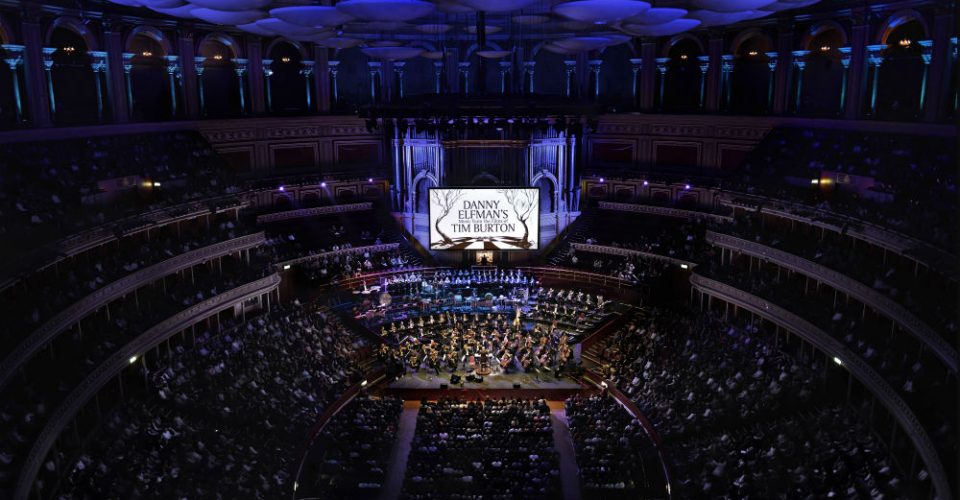 Securing Danny Elfman’s Music From The Films Of Tim Burton for the 2015 Adelaide Festival program must have been a dream come true for Festival organisers. The program celebrates Elfman’s musical scores written for a myriad of Tim Burton films including The Nightmare Before Christmas, Beetlejuice and Edward Scissorhands. This is both a musical and visual feast, with original film sequences curated by Burton himself to showcase Elfman’s musical scores.

Having premiered in 2013 at London’s Royal Albert Hall, this orchestral homage to the artistic partnership between Elfman and Burton has continued to receive rave reviews and is now set to make their Australian debut here at the Adelaide Festival. This promises to be a marvellous experience for Tim Burton film fans, no less because Elfman himself will be performing with the orchestra in Adelaide – a special treat not to be repeated elsewhere on Australian soil.

The Clothesline speaks, via email, with award-winning solo violinist, Sandy Cameron, ahead of her first trip to Australia. Since making her debut at age 12, Cameron has worked with a multitude of conductors and orchestras across the globe.

“I stared learning to play violin when I was eight. It was clear that I loved music since I was a baby, but I give credit to my parents for finding the right instrument, because I never actually asked for one! I believe they decided to give me a violin because my maternal grandfather listened to violin music all the time. When I came home from school one day, my mother greeted me by saying “Sandy, look at this new toy I got you!” and it was a quarter-sized violin. To this day, the violin is still the coolest ‘toy’ I have ever played with!”

Working with Cirque du Soleil must have been an experience different to anything else you had done – would this be a fair assumption?

“Absolutely. It’s not what people would generally expect a classical concert violinist to get involved with, but it was an opportunity I did not want to pass up. I enjoy different experiences, and I have always loved combining musical performance with other art forms, so performing in Cirque du Soleil’s IRIS was wonderful for me. Not to mention that I’m extremely grateful for the time I spent on that project. Ultimately, it was how I met and began working with Danny Elfman.

“I was utterly thrilled with Danny asked if I’d like to play in the show for the US premiere in LA! But the best part was that he wanted me to play Edward Scissorhands. I have always loved the scene Edward becomes the neighbourhood barber—mainly because he performs his first haircut over a delightful 30-second violin solo.

Sandy will perform as a special guest with the Adelaide Symphony Orchestra, an experience she is very much looking forward to.

“I have been longing to visit Australia ever since I was a little girl… I would always hear people talking about having a great time there. I am beyond excited! Soon, I’ll also finally be able to say that I performed in Australia, at the Adelaide Festival with the Adelaide Symphony Orchestra. Hooray!”

Can you share your insights into Danny Elfman’s music, and how they play from a musician’s point of view?

“Playing Danny’s music is always a challenge, but a fun one! He’s not known for writing anything easy. But it is wholly gratifying. More than that, however, it’s the music itself that makes all the difference. For me and every other musician I’ve known, it’s important to play music that becomes a part of you. Danny’s music does that; it gets inside your head, your heart, your soul, and doesn’t let go. There’s nothing else like experiencing him perform his own songs live in front of the orchestra as Jack Skellington (The role voiced by Elfman in The Nightmare Before Christmas).”

Do you have a favourite song from the show?

“Well, naturally the solo Danny wrote for me is my top favourite (How could it not be!?) And I am always brought to tears during Edward Scissorhands and Big Fish, too. Same with The Nightmare Before Christmas and Batman… and Corpse Bride… really, I love them all!”

Danny Elfman’s Music From The Films Of Tim Burton performs at Adelaide Entertainment Centre from 8pm on Sun Mar 14.