David Gauci: It Was Worth The Weight Comes To The Adelaide Cabaret Festival – Interview 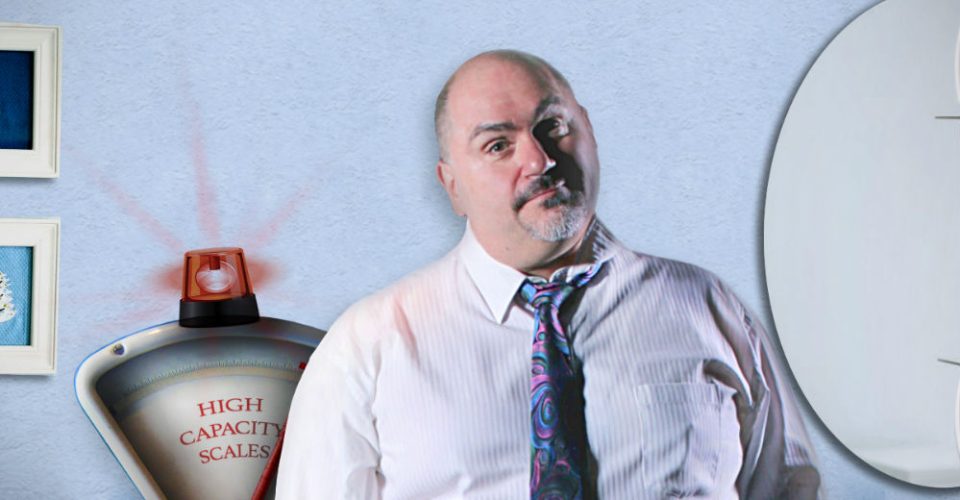 Adelaide based singer David Gauci performed at the inaugural Adelaide Cabaret Festival back in 2001 and now he has the honour of being the very first show to perform at this year’s Festival. David trained operatically at Adelaide’s Elder Conservatorium, but he quickly abandoned opera for a life in musical theatre and cabaret. He has performed the understudy role of Edna Turnblad in the Australian touring production of Hairspray, Richard the Nice Nurse in William Finn’s A New Brain and Nicely Nicely Johnson in the State Theatre Company of SA production of Guys And Dolls although David suggests that Adelaide probably best knows him best as the singer at your mother’s wedding and your grandmother’s funeral.

The Clothesline speaks with David Gauci and asks what It Was Worth The Weight is all about.

“It seems so very selfish to say it, but the show is about me,” he begins. “I keep asking myself why would anyone want to hear my story? It still has me beat!

“My story is told through some of the wonderful songs that I have loved to sing over the years. Some of the stories in the show are true and some I refer to as ‘truish’. What I think I have to offer is hope. I hope that good things come to those who wait, even those of weight! You might have noticed I am a man of girth!”

David will be accompanied on piano by the wonderful Josh Belperio.

“Josh is an extremely precocious young man and talented to boot. I write my own material, which I have been told is terribly dangerous but Josh keeps me pretty grounded.”

What songs can we expect you to be singing each night?

“Something old, something new, mostly borrowed but nothing blue!” David jokes. “I worry that if I say musical theatre people run away screaming, but I do love musical theatre. The tried and well-worn musical theatre numbers are kept locked away in the trunk though. I will breathe a little life into some new material, even some numbers never heard before in Adelaide or the world!

“I love my comedy songs, poignant numbers and I will maybe throw in a smattering of naughty. There needs to be a nice blend. There is a set list, but I will keep a couple of songs on the side in case it feels right to unleash something a little left of centre.”

How is the Adelaide Cabaret Festival different from when you first performed in it in 2001?

“It has become its own entity and doesn’t replicate any other,” he replies. “It has become truly international and a leader in its festival type. The Adelaide Cabaret Festival has a great mix of international, national and local artists and it also embraces all forms of cabaret. It’s something that every artist, director, crew member and promotional staff member who has ever been involved can be very proud of.

“It’s quite an honour to be back; at the inaugural Adelaide Cabaret Festival I performed alongside the wonderful Matthew Carey in the foyer, or maybe it was the car park,” David jokes. “My favourite moment though was performing sharing the stage with Rhonda Burchmore and Rachel Beck in a production of Guys And Dolls. I have done a couple of Sunday Salons at the theatre too and performed a show I wrote there called Big Book Of Broadway.”

David also has had a huge involvement in the Adelaide Fringe Festival, producing and directing shows. His recent credits include, Altar Boyz, Xanadu and this year flowerchildren – The Mamas and Papas Story. In It Was Worth The Weight, David touches on his experience as a larger-size performer and I ask him if this makes it difficult to get good roles in theatre?

“It’s easier for companies and producers to put people in fat suits,” he says. “There are just not the roles around and when they come up there are a few of us trying for them. It is similar to women over 40.The world is full of fuller-sized people who sing, act and dance. They all bring something unique to the moment and remind us that perfect comes in all shapes and sizes. I admire them all. Growing up I was inspired by New Zealand singer Ricky May. He was a big guy who worked tirelessly and could sing up a storm!”

Once people have purchased tickets to your show, what else should they go see?

“All that they can afford!” David declares. “I really encourage people to be daring and see something different. I am looking forward to seeing Marney McQueen, Trevor Ashley, Michelle Berger, My Vagabond Boat and Frisky & Mannish. I also have a man crush on Adam Hills. There are so many great artists to see!”

David Gauci performs It Was Worth The Weight at Artspace Gallery, Adelaide Festival Centre, from 6.15pm on Fri 5 Jun and 6.45pm on Sat 6 Jun.