David Williams Is The “Cool Genes Man!” And Has All The Glass Jars To Prove It – Fringe Interview 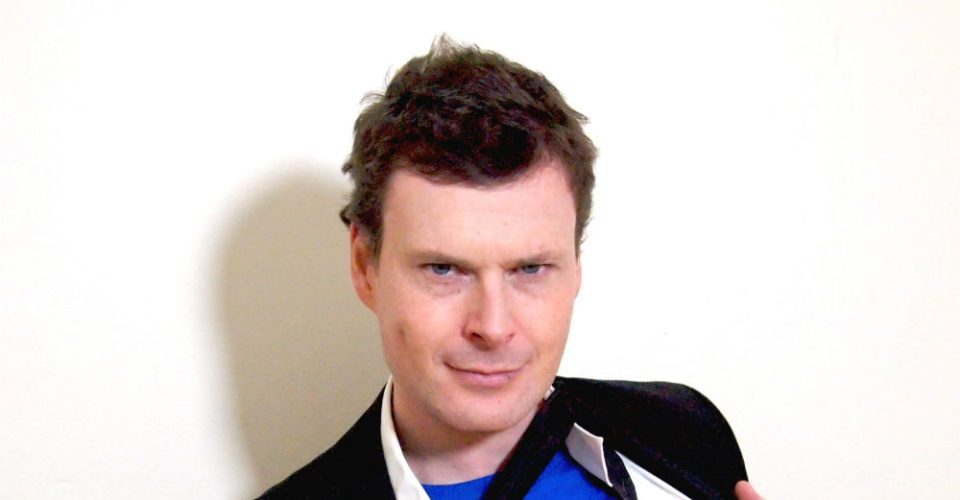 Comedian Dave Williams has always given his all, whatever he is doing. With a career that has spanned almost 20 years, he has worked alongside some of Australia’s comedy gold, including Jimeoin, Kitty Flanagan, Greg Fleet, Judith Lucy and Carl Barron and has performed at the Melbourne International Comedy Festival every year since 1999. But it has been more than ten years since Williams has performed in Adelaide, even though he assures us that he has missed us terribly! This, of course, begs the question of why such a long absence.

“I don’t feel that I’ve had an appropriately awesome enough show to be able to present at the Adelaide Fringe,” he replies, over the phone. “Until now!”

And, of course, Man Choir has taken up much of your time as well.

“Yes! That gig has given me a new spark in my creative life,” Williams says. “It’s so much fun to do, no matter how difficult it can be to get twelve guys together in one spot, although it’s great when we do. We mainly perform at big festivals and even did all the three days on the main stage at Splendour On The Grass – which is the most amount of people I’ve ever performed in front of before.

“Being part of an all-male [a Capella] band has made me question if I have wasted my time with this stupid comedy thing,” he laughs, loudly. “This whole time I should have been fronting an awesome rock band! This is manly a Capella with massive Cock Rock/Oz Rock sort of stuff. We also have a lot of abs, so rock solid that we play percussion on them!”

Tell us about Cool Genes Man! What does it all mean?

“Basically, I have a pretty unusual family situation… although they’re not really my family. The brass tacks of it is that I donated sperm to a lesbian couple who now have two daughters with my ‘necessary ingredients’. We’re all really tight, and I see them a lot, but I’m more of an uncle figure to them, I guess…”

Do they call you Dad?

“Nah! I’m straight up Davo!” Williams says. “I think they’d be ashamed of me… ‘He’snot my dad, he’s a clown!’ [laughs]. So, it’s not your typical family scenario, particularly in the way that they were conceived, so I thought I’d share all of those stories from the comedy stage. Cool Genes Man! is an exploration on the theme of alternate families/modern families, plus I’m really interested in the science of conception because it’s all quite fascinating. I also talk about how different alternate families can fit into this modern excellent Australia that we live in.”

So, basically you had sex into a jar?

“Look, I don’t want to give too much away but me and the jar are together – very happily so. She doesn’t mind it when I put porridge in her… ever! She’s totally fine with it.”

Does she get jealous of other jars?

It’s a medical fact that when the doctors join the egg and sperm during the IVF process, they use a spark of electricity to fuse them together? It’s the same when conceiving via the normal human processes, but it’s the body’s own energy – or Qi – that fuses them into life. I like to call it ElectriciQi!

“Ha! That’s gold! It would be so sweet if we could make Qi in a lab,” Williams says. “We could bottle it and, whenever I was getting a bit low on Qi, I could just pop down to the shop and grab me a litre or two, and rub it on my belly or something…?”

And then people could become Qi donors. 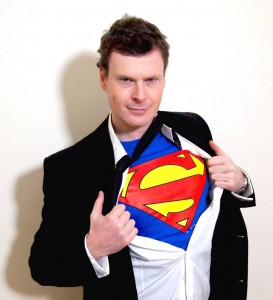 “Oh man! How much do you reckon a bottle of Qi would be worth?”

I don’t know, but you could store it into your jars!

“I have put so much of my Qi into my jars already,” he laughs. “They are full up with Qi!”

So, have you performed this show before?

“I did three shows at the Sydney Comedy Festival, which had people going ‘This is the one, this is the best you have written. You have to take this everywhere!” I guess it’s a really interesting subject, but I was pretty reluctant to talk about it for many years, mostly because it’s someone’s family and I didn’t want to exploit that situation in anyway. But, after sitting around with the mums and just ripping jokes about it with them, it was they who talked me into taking it up on to the stage.

“Going and jerking off into a container a few dozen times to make two pregnancies – that’s pretty funny; there’s a lot going on, and a lot that I didn’t know about. Usually, I love wanking, but when it’s for an actual purpose, the pressure is on; it’s a whole different thing.”

How and why did the mothers choose you?

“Well, why wouldn’t they? Have you seen me?” Williams jokes. “Holy crap! If you want a kid, then you should go straight to the ‘Fountain of Rad’ – the ‘Fountain of ElectriciQi’! I walk around and people say ‘I want to breed with THAT guy! Gotta get me some of that gene pool!’[laughs].

“Seriously though, I’ve known these girls since high school. We’re really good mates so, I guess, when they were figuring out who to ask they must have thought that we had known each other a long time, hopefully had a bit of a brain in his head, seems fit and healthy…? Honestly, I don’t know, really.

“Mind you,” he adds, “when they asked me to do it, it was a bit like winning an Oscar. I went around giving myself high fives!It was so cool that someone sees me worthy of this hugely important planned event in making the next super-human baby.”

“Exactly! Both of the children have super powers. One can see through time and space and the other haslaser beams coming out of her mouth!”

“Can I just say that I’ve always had this thing about comedians using Adelaide as their pitch to get their Melbourne comedy season together; I’ve hated that for a couple of decades. A lot of comics won’t tell you that, and why would they, but so many interstate comics just see Adelaide as a rev-up for them before Melbourne. But I’ve always said that if I was going to take another show to Adelaide, it was going to be my best. A decade later and I’m coming back!

“Admittedly, Adelaide is a great tester because you guys are so honest and slightly less willing to just accept absurd whimsy passed off as strong comedy. But, and I’m not just saying this, Adelaide is the one for me!

“And did you know that sperm can live for seven days inside a woman, just searching around for an egg – which is a long time for a sperm cell?” Williams concludes. “Cool Genes Man! has lots of stories and scenarios in it, as opposed to a bunch of quick stand-up comedy one-liners. There is a bit of a mini play within the show where I act out a company of sperm looking for the egg over seven days. It’s a bit like a survival horror. It’s a bit physical theatre and I’m really embracing the weird!