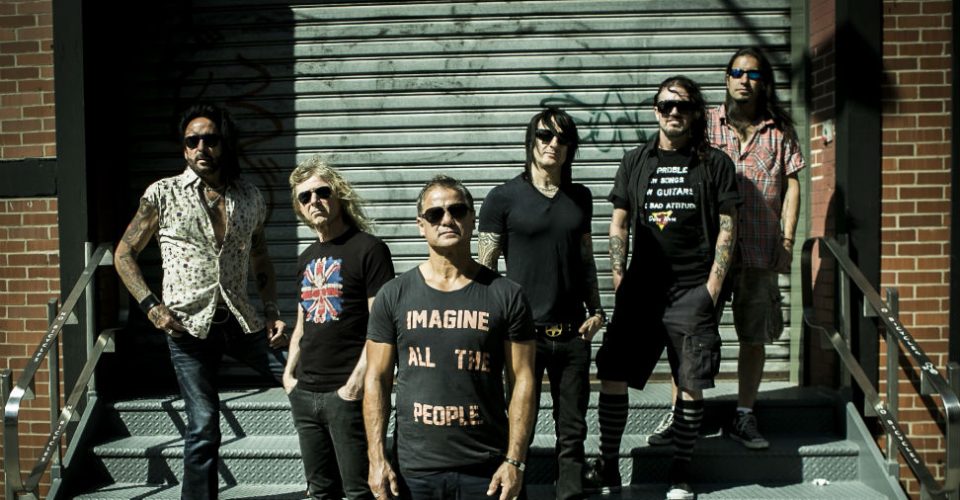 Following a massive few months of touring across the US, supporting bands such as KISS, Def Leppard, Bad Company and Lynyrd Skynyrd, The Dead Daisies are heading back to Australia to headline their own tour as they celebrate the release of their second single Angel In Your Eyes from their new EP Face I Love.

Marco Mendoza, a self-confessed self-taught bass player, father of five and grandfather of one, is in Sydney as we speak and doing his best to get acclimatised to the varying time zones he wakes in each day. 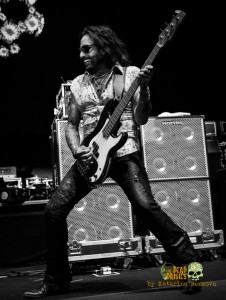 “I’ve been travelling so much more for the past couple of years – Moscow to Melbourne and all over the place – from one extreme to the other,” he begins. “But in this business it’s good to be busy so I embrace it and try to do the best I can with the sleeping patterns. And then there are those moments when you go to sleep at midnight, wake at 3am starving and looking for a pickle [laughs].It’s weird.”

Marco loves coming back to Adelaide, having been here a number of times with The Dead Daisies.

“You’ve heard the cliché that every gig turns into another gig? It really is like that. Moving so fast and travelling in between it’s sometimes hard to keep track. But I remember Adelaide,” Marco says.“I was there with the KISS/Mötley Crüe tour, playing with Thin Lizzy. I also went there with Lynch Mob and then supporting Aerosmith with ‘The Daisies’. And I definitely remember The Gov; it’s a real cool venue and everybody knows where it is.”

Tell us where the name The Dead Daisies came from.

“It was Jon Stevens and David Lowy that started this project,” he replies. “They got together, wrote some songs and wanted to tour. But just prior to that, Jon had a ‘close encounter’ with his heart and had to have surgery. The doctor then told him that he’d better take care of himself and slow down or he would be pushing up daisies. Inspired by what the doctor said, Jon started working on some artwork with the theme of daisies, gave it to an artist who put it all together and that’s how they came up with the name and the logo – a very brilliant logo that is so relevant to today.

“The name The Dead Daisies is also very catchy, which drew me in when I first heard about the band,” Marco adds, “but then the logo was so eye-catching. So it all came from Jon and his personal experience.”

It’s always good when a band name has a hidden meaning as opposed to just pulling something random from a hat.

“As you can imagine, I’ve been around long enough and have been part of quite a few bands, and it’s always been a hard process to come up with something that is new, mutual, fresh and relevant to the product,” Marco says. “But this was in place when I was asked to join and collaborate – and I dug it. I already liked the songs they had been doing – and Jon is such a brilliant singer that I just had to work with this cat.” 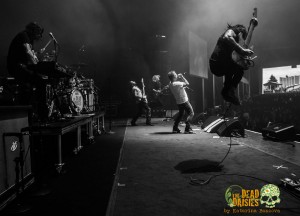 “Exactly! Without trying to sound pretentious, I’ve worked with some legendary singers in rock and Jon really impressed me a lot. Plus, the music was well written and very cool.”

Who does the majority of the songwriting?

“The first album, Man Overboard, was in place from the start. It had more of an alternative-bluesy vibe to it,” Marco says. “When the rest of us were approached to join, the interest was for everyone to get involved with the writing, to collaborate to come up with a sound to bring classic rock in to today. It was a given that we all throw some ideas around once we got into the room together and immediately to sound went to a heavier place, a bluesierplace – which is what we were all looking for.”

Every member of the band, even those whohave come and gone, is an artist in their own right and have been involved with some of the world’s biggest names in rock music. Having David Lowy bring you all together, how has the dynamic of the bend melded together?

“It’s a great question because we have all come from different parts of the world and from different projects,” he replies. “We often hear of egos getting in the way and creating mayhem, but for this particular project David had a vision for what he wanted this band to be and was very methodical in checking everybody out. I’ve been involved in projects before that just didn’t click; the chemistry isn’t there, too many big heads in the room and the groove just doesn’t happen. But this has been pretty smooth from the start. 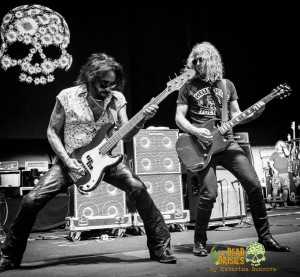 “I feel part of it is that all of us have been around for a while, and a part of the classic rock history thing, that all of us were hungry for writing music and creating something new. I think that’s the common denominator, and it’s been a great vehicle for us all because, personally, if I could sit down and pick out a band of guys that I would want to work with, The Daisies is really really close to perfect. The other guys may have an opinion but for me, this has been really well done and the groove just started happening.

“We all have a lot of experience and the creativity in this band has been a lot of fun – and the results have been amazing,” Marco adds. “We’ve been able to accomplish in 20 months what a lot of other bands have been trying to aim at for years and years. I’m looking forward to seeing how far we can take this band; so far, so good!”

The Dead Daisies deliver that good-time rock‘n’roll that so many love. Marco explains that, after being involved with many other projects in his musical career that haven’t quite made it, it really is a pleasant surprise just how well this band is working together.

“At the centre of this band is the music!” he says.“When you have real musicians and creative people all working together as well as we do, that’s what keeps us all coming back and wanting more. I often get calls to join other projects, but the music here is really enticing and something that I want to be involved in and offer my input as far as I can.

“The project is really working and it’s evident that the timing was right; we’ve been lucky to join some big tours, which has given us a lot of exposure. In coming to Adelaide, we are bringing a lot of new music to Australia since out last visit, so we’re all excited. I know I am! I can’t wait to play new music to audiences because that’s where the ultimate lies; when you play new songs and the people go bananas, you know you are doing something right.”

Marco discusses his love of old-school styles of recording music on DAT tape, vinyl and now 2-inch tape, which brought us back to the classic rock‘n’roll-style of music that The Dead Daisies play, and the light and shade of each song. Lock‘n’Load (feat. Slash) is that go-hard guitar-driven style of song, whereas Washington is more laid back in its rock groove – in a similar vein, I think, of Living Colour’s Love Rears Up Its Ugly Head. 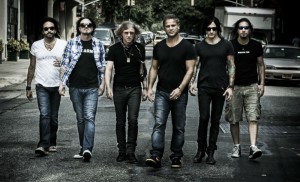 “I think the essence of our music writing is that we don’t go into a room with a vision for the next song,” he says. “Many bands have their styles set in stone, be it rock‘n’roll, pop, hardcore metal or blues. The beauty of this project so far is that we go in there, someone brings a riff and we develop that by letting the music go wherever it needs to go in that moment. I think that’s a sign of a good song; when something rings your bell, you mix it up and then you throw lyrics into that melting pot to create whatever happens. It doesn’t always work, but that’s good too.

“There are some beautiful songs. I love playing Yesterday, Lock‘n’Load, the blues-based alternative tunes – if you need to put a label or vibe on it – are just great. But if you listen close enough to all of the The Dead Daisies songs, there’s a big fat groove behind it – groove R‘n’B-based music with a rock‘n’roll approach. It’s the same formula that we all grew up listening to in our younger days; the Delta Blues, the grindy-blues riffs that really attracted us to the music. The music and the band continue to grow and evolve in our sound and style, and you can hear that from our first album, Washington, up to the new EP sound.

“We’re obviously excited to come to Adelaide and super-excited to be playing new music,” Marco concludes. “I want to send a big hug to everybody and let them know that we appreciate the support because it’s the fans that keep music like this alive!”