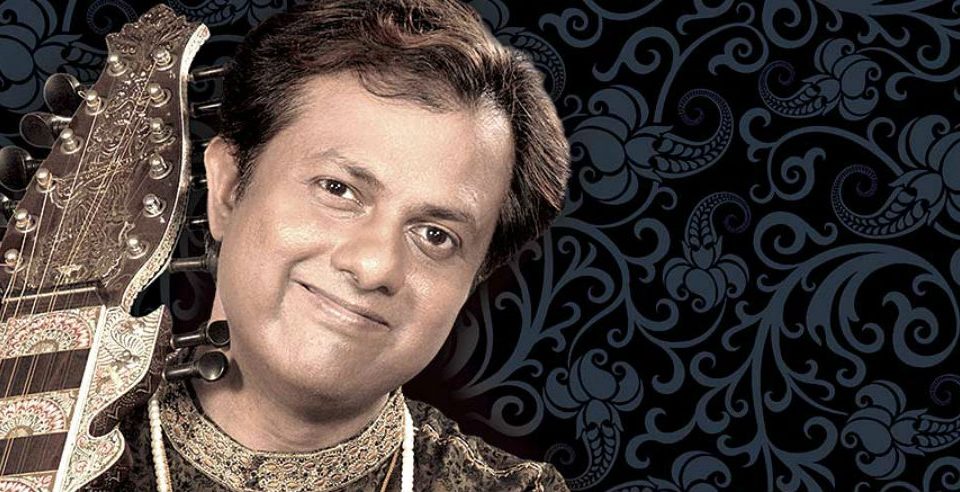 Debashish Bhattacharya has a worldwide reputation as a sublimely talented slide guitarist, winning accolades for his explorations of varied musical styles, including Hawaiian steel guitar, jazz and blues. He is also an innovator; the creator of a range of stringed instruments, many of which will feature in his upcoming performance at this year’s Adelaide International Guitar Festival.

The Clothesline catches up with Bhattacharya as he makes his final preparations before leaving Kolkata and heading to Adelaide. We ask how the Hawaiian lap steel guitar found its way into India, and into his life.

“It arrived via many different sources,” Bhattacharya begins. “The most prominent name associated with the Hawaiian guitar is Tau Moe who, with his band, performed in Kolkata in the 1930s. They toured Japan, China, and other parts of Asia before basing themselves in Kolkata during the Second World War. The group played shows every evening for the British officers and for others in Indian society. People were attracted to the sound of the lap steel guitar because it had more voicing, more nuance; it was different to the music to which they were accustomed. Indian music is basically modal music. Hawaiian music is partly modal, and fits quite nicely into the context of Indian music, but it is a different sound.

“Before I was born, one of my father’s friends gave him a six-string Hawaiian guitar,” he continues. “At the age of three, my parents gave me the guitar to play with as a toy. My father actually wanted my mother to learn to play but the opportunity for her to do so never really eventuated. I was taught some music basics, and I learned how to hold down the steel bar and move my left hand while making a sound by plucking the strings. That is how the slide guitar came into my life.”

How did your affinity with the instrument develop? Was it an instinctive or a more disciplined process?

“Over the years, I have seen that children are a product of their environment, merged with the skills and gifts with which they are born,” Bhattacharya explains. “If your family is great at cooking, and great at playing cricket, your children will most likely become professionals in one of these fields. Within my family, my generation has benefitted from the wisdom and talents of our elders. The guidance I received helped me to discover the guitar. Nobody in my family, myself included, had ever thought of playing the guitar in Indian raga music. Because of my upbringing, I had both the courage and wisdom to pursue something that has become very special in my life. I didn’t know at the time that it would become very special to me but I followed my own heart and passion. I have been totally immersed into doing something really great – using slide guitar to play Indian raga music for the first time.”

How is your Adelaide International Guitar Festival performance coming together? What can the audience look forward to?

“The other night, I was talking about the show with my daughter Anandi – who will be appearing with me – and we realised that this show will be covering a lot of territory,” Bhattacharya replies. “We will perform Indian raga music, some new music and also use the slide guitar to complement the sound of the human voice. The guitar will be augmented by Anandi’s singing and tanpura accompaniment; the audience will also be enchanted and enthralled by the great tabla playing of Subhasis Bhattacharjee.

“There will be a lot of guitar!

“The slide guitar brings the raga music to the world – it is a universal sound,” he says. “Music is older than human language, older than paper or ink, and I think that is why Indian raga music is both universal and inspirational. From childhood onwards, my attraction to the guitar is probably because of its ability to convey this universal message.”

So there is more to your music than simply notes on a page? There is something else, a deeper meaning, a deeper experience?

“The world needs more live music,” Bhattacharya opines. “We come together at live performances because the messages and emotions contained in music are things that cannot be expressed by writing them down, not in any language. There are some things about which one cannot remain silent, and must be expressed through music.

I hope that the people of Australia, and throughout the world, will understand that anything is possible, even the difficult things” he continues. “Nothing is impossible. The change you want to see in the world often begins with a change within yourself. This is a good thing. And after change has taken place, you have to keep it up. For example, global warming and climate change – we don’t want those things and we need to keep working on them. We can help make improvements through the power of music.

“Also, now more than ever, we need to create an internal peace and aim to keep it intact. Music allows us a way of doing this, while still making our point.”

Your concert certainly promises to be something special.

“I hope that we will be able to give the best performance possible,” Bhattacharya concludes. “With warmth and love, in the hope that we meet the expectations of the audience.”