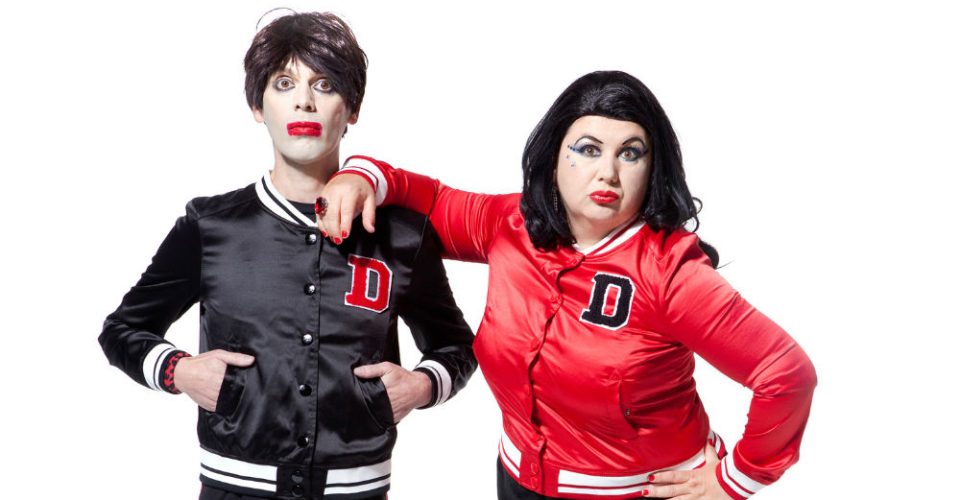 Astrid and Otto Rot of Die Roten Punkte have performed in Adelaide many times before as part of the Fringe Festival but their most recent trip saw them supporting singer Amanda Palmer on her Australian tour. Since releasing their first album in 2006, Die Roten Fahrten, this comedy duo has become a cult festival favourite with dysfunctional sibling squabbling onstage, questionable German accent authenticity and hilarious pop-rock songs. Ich Bin Nicht Ein Roboter (I Am A Lion), Bananenhaus (Banana House) and Burger Store Dinosaur continue to get requested from loyal fans.

For the Adelaide Cabaret Festival Die Roten Punkte will be presenting songs from their fourth studio album Eurosmash! with a wild rock’n’roll cabaret party.

The Clothesline speaks, via email, with the Prince and Princess of art rock and euro-pop, Otto and Astrid, and asks them to tell us about Eurosmash!

“It’s the best rock and roll concert you are ever going to see in your life,” Otto begins. “Adelaide will feel entirely rocked!”

Is your Eurosmash! show all new material or will there be some older classic songs that audiences have cherished in the past? 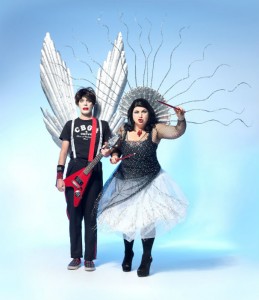 “We will be playing the entire Eurosmash! album,” Otto says. “I’m not sure if we will have time to squeeze in any more.”

“Actually,” Astrid adds, “we are also playing a song for the Variety Gala Performance and the Family Gala too; I think we will do some older classic Die Roten Punkte songs for those shows.”

Since supporting Amanda Palmer for her 2013 Australian tour, are you now all besties? What inspiration do you get from a celebrated musician such as her?

“Amanda is one of the most extraordinary human beings and one of my favourite people in the world,” Otto says. “Every night of the tour I would stand side stage and watch her entire show. She is simply electric and she has a big heart.”

Could Die Roten Punkte represent Germany or Australia at the 2017 Eurovision Song Contest?

“We would love to be in Eurovision!” Otto enthuses. “Do you have any connections?”

“This would be a dream come true for us,” Astrid adds. “I think we could represent either country!”

Astrid, you are a constant feature in European tabloids, especially due to your recent alleged stay in rehab. How are you doing now?

“I am doing super and great, thanks for asking,” Astrid assures. “It’s important to balance out alcohol and partying, I find eating a few sausages and a cake during the day of a big party night helps me enormously the next morning.”

Otto, you’ve won awards in the past for band safety following breaking your foot in a band accident. Is this still an area you like to focus on? Is the checklist you wrote still used across Eastern Europe?

“I am deeply committed to being the safest band in the world,” Otto declares.

Artistic Directors Ali McGregor and Eddie Perfect have constructed a program focussing on the future of cabaret and what the cabaret genre could be. How does your show fit into this theme?

“For some reason our manager keeps booking our rock‘n’roll band in theatre and comedy festivals,” Otto says. I can hear people laughing at our rock concerts – sometimes very loudly. I like that people are having a good time though.”

Otto and Astrid are looking forward to immersing themselves in the Adelaide Cabaret Festival with Otto keen to see The Composer Is Dead staring Frank Woodley with the Adelaide Symphony Orchestra, while Astrid is hoping to share a dressing room with Dita Von Teese. [Who isn’t?! – Ed].

“I’m looking to get out and party when we hit Adelaide,” Astrid says, “but Otto wants a more relaxed Adelaide experience with many long lunches at his favourite Adelaide eatery, Vego & Loving It.”

How will this Adelaide Cabaret Festival show differ to your usual Fringe and Comedy Festival performances?

“I heard that the Cabaret Festival is very classy, so I think we will be perfect,” Otto suggests.

“I will be polishing my boots,” Astrid adds, “so that will be different.

What’s next for Die Roten Punkte after the Cabaret Festival?

“We will be doing a regional tour of Australia in September and October and in 2017 we are touring to New Zealand,” Otto concludes.