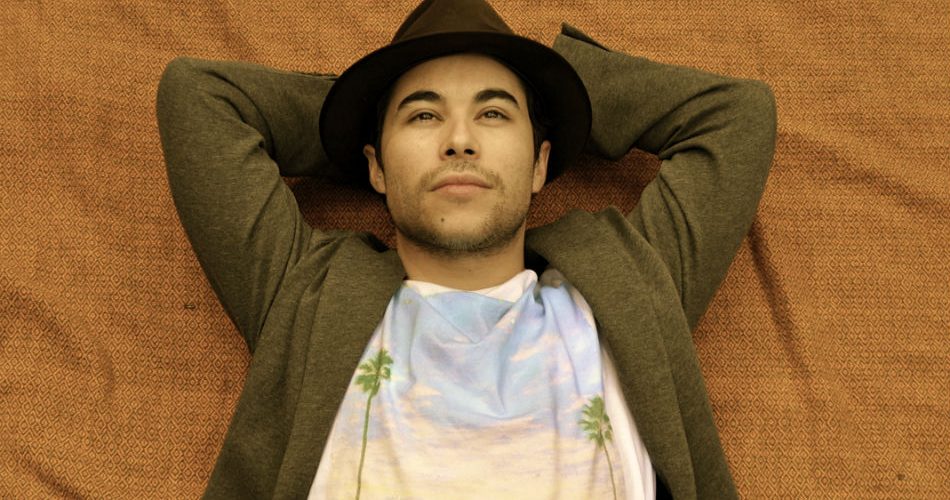 Dirty Dancing is the 1987 romantic drama and box office smash hit starring Patrick Swayze and Jennifer Grey. Written by Eleanor Bergstein and set in the summer of 1963, the story follows 17-year-old Frances “Baby” Houseman as she meets and falls in love with Kellerman’s Resort’s dance instructor, Johnny Castle. Filled with all the music and passion of the movie, Dirty Dancing – The Classic Story On Stage makes its Adelaide debut in October, and stars Kirby Burgess as “Baby” and Kurt Phelan as Johnny.

James D. Smith – who many will remember for his role as munchkin Boq/The Tin Man in Wicked – is currently performing as Jordan as part of the Dirty Dancing ensemble in Perth before heading to Adelaide for the final leg of the Australian tour, where he will be stepping into the lead vocalist role as Billy Kostecki.

“The audiences have been crazy over here,” he begins. “It feels like a rock concert most of the time because the movie is iconic and they know all the music so well. People come already excited and ready to party.”

James is very happy to be playing the role of Billy, Johnny’s watermelon-carrying cousin. 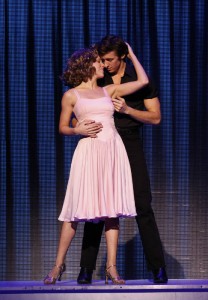 “Billy works at Kellerman’s Resort and Baby helps him carry the watermelons to the staff quarters,” James says. “I would describe him as very kind-hearted and always wanting to do his job well. Billy doesn’t have a huge role in the movie, but in the stage production he is the main singer; he gets to sing In The Still Of The Night and (I’ve Had) Time Of My Life.”

How did you get to be Billy?

“It’s funny really because this is the same company that I did Wicked with. I originally applied to audition, but didn’t get one,” he recalls. “Then when Mark Vincent pulled out, they asked me to submit a video audition and I got the part. I’ve been understudying Billy since November, in Sydney, but now I’m happy to be taking over as the lead singer. I had performed the role about fifty times before I actually got the part, so it’s not new to me, but it will be great to finally make it my own.

“Every actor will interpret a character in their own way but I’ve got a very different voice to Mark – he’s classical and I’m more rock/pop musical theatre – so it was always going to be different anyway.”

Like Billy in his role as the lead singer, the onstage band that provides all the dance music is also part of the cast. Tell us how that works.

“They wanted to keep the stage production similar to the movie and have the music as the backdrop, so the leads were not singing. There’s a sub-plot for Billy that sees him in love with one of the other characters, so he is singing to her while, at the same time, it relates to Johnny and Baby. Elinor Bergstein has kept the show pretty much the same but with a few extra surprises thrown in there to make it more interesting.”

Do you have a favourite part of the show?

“It’s when I sing In The Still Of The Night,” James says. “It’s the big ballad of the show with Billy is singing in the spotlight by himself; it’s a really nice moment. The song is performed when Baby and Johnny are in the bedroom, having spent the night together for the first time.”

That scene is when Baby declares “I’m scared of walking out of this room never feeling the rest of my whole life the way I feel when I’m with you”.

“Yes,” he agrees. “Apparently, Elinor wrote that as the main line of the show, but everybody loved the ‘Nobody puts Baby in the corner’ line more. As soon as Johnny says it in the show, everyone is cheering.”

Do you get to do the dirty dancing, and is it awkward?

“It was in the beginning. None of us knew each other, and our first rehearsal was the day they paired us up and asked us to show them how we grind,” he laughs. “But, by the second day we were pretty comfortable with each other.”

Like the old song says, does Billy get to be a hero?

“He does actually,” James chuckles. “Johnny’s dance partner develops complications due to getting a dodgy abortion; Billy is the one who runs to find him. Like I said, he’s a good guy.”

Outside of his theatre life, James has his own musical career. The singer/songwriter has recorded a number of solo albums, most recently with musician/producer Cameron McGlinch (Rogue Traders), and enjoys co-writing with some great Australian songwriters including Tania Doko from Bachelor Girl. No stranger to Adelaide, James has performed at The Promethean and supported Pete Murray and The Whitlams at the 2013 Adelaide Fringe Festival Closing Concert. 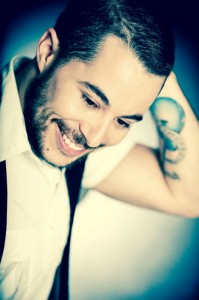 “My latest album is called Invite Me Places which I toured extensively around Australia,” James says. “I guess I would describe my original music as pop/folk, although I do love a bit of rock, and we’re about to start recording an album of my favourite pop/rock covers – which I’m really looking forward to.”

“Only that I’m really excited to be coming back to Adelaide. I love it there; it’s one of my favourite places to play. The audiences have always been so supportive, and Adelaide is going to love Dirty Dancing.”

Dirty Dancing – The Classic Story On Stage performs at Festival Theatre, Adelaide Festival Centre, at various times from Fri 2 Oct until Sun 25 Oct.
Book at BASS on 131 246 and bass.net.au. Click HERE to purchase your tickets.

Click HERE for your chance to win one of two double passes to see Dirty Dancing on Thu 8 Oct.