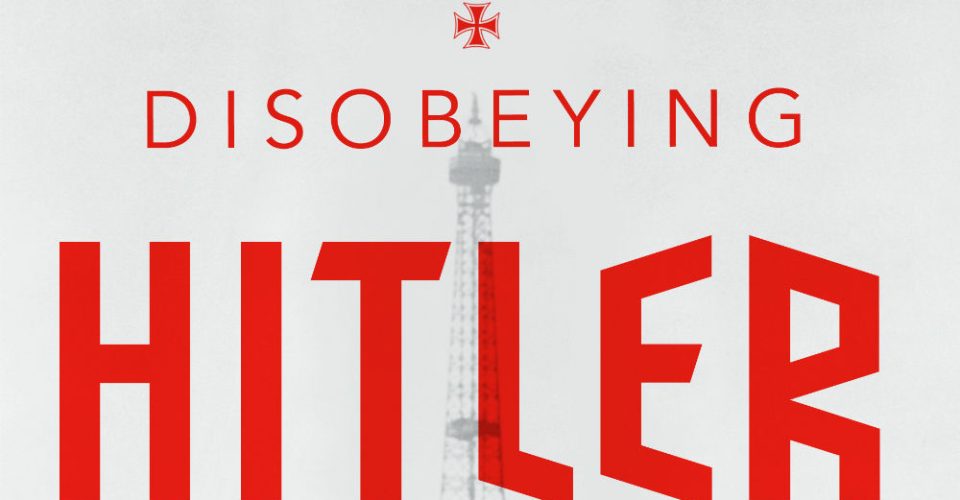 Have you ever wondered why an entire population of people all banded together behind Adolf Hitler to perpetrate the worst war crimes recorded in human history? Atrocities that, by any standards, were as inhumane as they were numerous. How does an entire population suddenly become capable of committing so much evil? 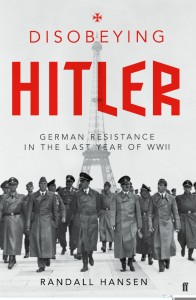 I have often thought about this, probably because my grandparents were German and they lived through the second World War. They didn’t live long enough for me to ask them what happened, and I’ve always wondered: How did they survive? What terrible choices did they have to make? Were they brave resistors, quietly compliant, or – and it hardly seems possible – at the forefront of cruelty? I will probably never get the answers.

Hence my fascination with Randall Hansen’s Disobeying Hitler, a studiously referenced and minutely detailed historical account of those people who stood up to Hitler in the last year of WWII. It was a revelation to read page after page of accounts of the many and varied ways people attempted to stop Hitler – from the top echelon of his military ranks to policemen on the street and ordinary citizens, there were many German people who tried to stop the evil.

The acts of heroism detailed in Disobeying Hitler cannot be understated. Some of the bravest acts of resistance were undertaken by some of Hitler’s closest allies. General Johannes Blaskowitz protested the murders of Jews on the Eastern front – an act that could conceivably have had terrible consequences for the General and his family. Stuelpnagel, Hofacker and Boineburg rescued Paris from the SS and SD on one night in July and the City of Light was – temporarily – held by the German Resistance. On the very same night, an attempt was made on Hitler’s life: A briefcase containing a bomb was laid at Hitler’s feet by none other than a Colonel in the German Army.

These acts of bravery and resistance prove the power of a fierce minority in the face of seemingly impossible odds, and Hansen’s account of these and many other acts of resistance is fascinating and enlightening.