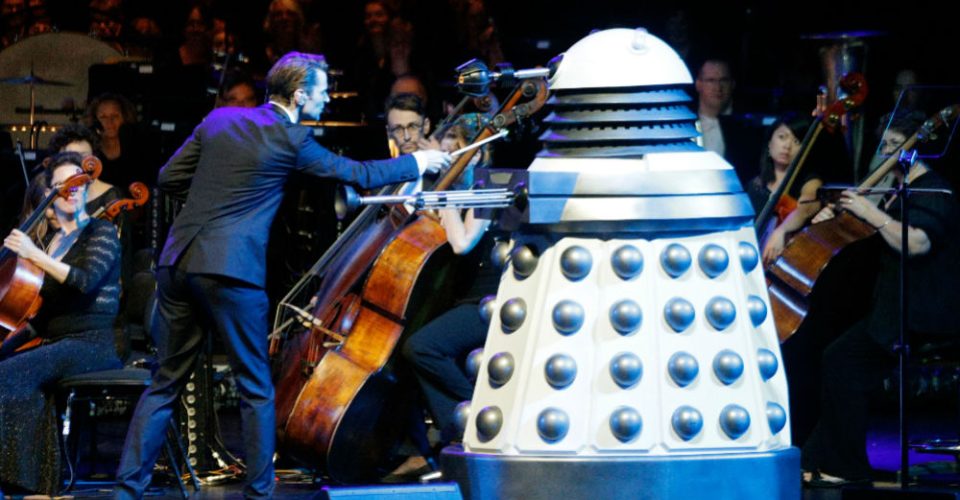 The Doctor Who Symphonic Spectacular returns to Australian shores this month, with a brand new show that aims to thrill audiences with a memorable blend of music, video and live monsters from the iconic Doctor Who television series which recently celebrated its 50th year. The Clothesline speaks with composer Murray Gold, who will team up with the Adelaide Symphony Orchestra for the show, and asks why he feels the combination of Doctor Who sights and sounds works so well.

“I think the multiple tones of the show, which go from space invasion to family saga, from slapstick comedy to melodrama, make a really rich kind of music possible,” he begins. “It’s ultra-vivid. Everything that happens has an emotional hit-point. The twists and turns of tone really suit the writing of music. It’s really fun; really good subject matter.

“I think people watch the Doctor Who like dreaming of the idea of travelling in time, and then they go to the concert and the music represents that fantasy, and the joy of that possibility. It becomes a really fun thing if it works; it’s got a huge amount of emotional potential in it.” 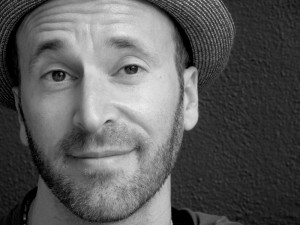 People must love it. Especially the Doctor Who cognoscenti. They must be in their element, in the midst of something they have only previously been able to see on their television screens.

“I don’t even know that it is just the Doctor Who cognoscenti,” Gold suggests. “Those people tend to be in their 30s and 40s, and a lot of the audience are parents and their children. Doctor Who scores very big with children; it always did. This is not something where parents are saying ‘Oh, I really want you to come and see this’ and the children are resisting [laughs], it’s more like the children are dragging the parents along. It’s good because they are actually getting to see a massive orchestra and actors in monster costumes. There are 145 people on the stage and about 85 of those are playing instruments. From a musical point of view, it’s great for the kids to see that, to experience that quality of sound.”

Audiences will be treated to the public debut performances of some Peter Capaldi-era compositions as part of this new Symphonic Spectacular. Will the bulk of the music come from the latest series?

“We would love to have kept the show the same as our 2012 performances because people really enjoyed it,” Gold says. “But we are also happy that half the music that audiences will hear has never been performed before. Adelaide will be the first place on Earth to hear and experience it. We’ve had to throw out, temporarily maybe, a lot of things that we really love, just to make it feel really new and bring the tone of the new Doctor into the live show.” 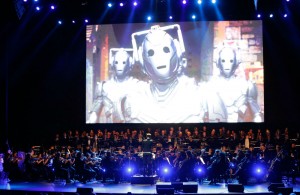 How does the process of taking the individual pieces of music from the show, and turning them into a two-hour performance, actually happen?

“In the case of the Capaldi stuff, nobody can do it except me,” he laughs. “It’s just been written, doesn’t have a name, it’s only on my computer, I’ve got the master tapes – I’m the only person who knows what the Capaldi theme is, where to find it and how to bring it to Adelaide.

“When you ask how it works, I guess it’s like a lot of big projects; it all somehow comes together, because we have to get it done. But I’m not really sure how it happens!”

Ron Grainer’s Doctor Who theme is one of the most immediately recognisable pieces of music in popular culture. How have you enjoyed the challenge of working that into your own music for the show?

“It was such a perfect piece of music, the Delia Derbyshire version,” Gold says. “I enjoyed writing my music to the drama, but changing something that was perfect in the first place is an ordeal to some extent.

“The only thing is, we needed to have something with a lot more body and substance tonally, than the original version which was very ghostly,” he adds. “Because the nature of the show has changed and because it’s now a thundering adventure in a lot of ways, it needed a lot more body, a lot more dynamism, and I added that. It’s changed in tone but probably nothing will beat the original.”

Doctor Who Symphonic Spectacular performs at Adelaide Entertainment Centre from 2pm and 7.30pm on Sat Jan 24.

Book at Ticketek on 132 849 or ticketek.com.au. Click here to purchase your tickets.