Come and enter the dotMaze where the green‐hedged walls hold the secrets of the labyrinth. 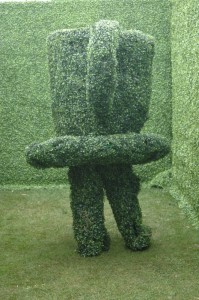 Once you’re in, will you be able to find your way out? Or unravel the tangled mysteries you might encounter?

You are being lured to Victoria Square to Get Lost!

The Royal Croquet Club is extremely proud to be presenting the Adelaide premiere of this wonderful interactive installation from UK company dotComedy.

dotMaze is dotComedy’s largest creation to date and  combines elements of fairytale, myth, comedy, art and landscape. And in true dotComedy style, dotMaze promises to delight, confuse and inspire all those foolhardy enough to lose themselves within its walls.

All ages will love its quirky and hilarious performances and surprise happenings.

Imagine Alice in Wonderland crossed with a Greek myth. It’s a great show! The Guardian 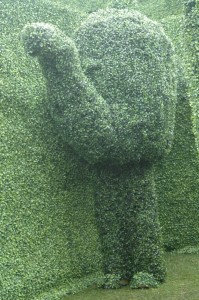 dotComedy was formed in 1998 by Artistic Director Richard Stamp, William Wilding and Heather Angel. The company has performed in the UK, Europe, North America, Australia and New Zealand. They have created over 25 Productions, ranging from the large scale dotMaze: Get Lost!, to solo shows, smaller installations and walkabout pieces. The company specialises in site‐specific commissions and has created pieces for the Manchester Commonwealth Games, The Brit Awards and the 2011 Rugby World Cup in New Zealand.

dotMaze will be open Tuesdays to Sundays throughout the Adelaide Fringe plus Monday 9 March. 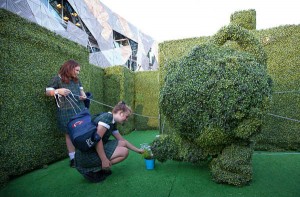 Entry times are staggered in 15 minute blocks and tickets are purchased for a designated entry time.