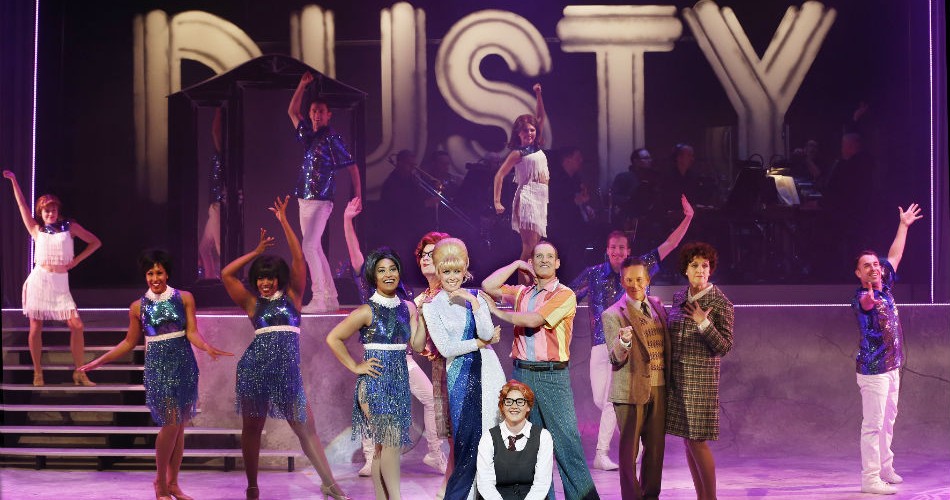 Born Mary Isobel Catherine Bernadette O’Brien, Dusty Springfield was not only a musician, arranger, record producer and television presenter, but the blue-eyed sensual mezzo-soprano was one of the most successful British female performers of her time. Best known for Pop and R&B songs like I Only Want To Be With You, Wishin’ And Hopin’, Son Of A Preacher Man and I Just Don’t Know What To With Myself, there is so much more to Dusty than her life in the public eye.

Written and created by John-Michael Howson, David Mitchell and Melvin Morrow and presented by Melbourne’s The Production Company, Dusty The Musical returns to Adelaide’s Festival Theatre after its Australian debut ten years ago. Starring Amy Lehpamer (The Sound Of Music) as Dusty, Elenoa Rokobaro as Reno and Todd McKenney (The Boy From Oz) returns as Dusty’s loyal hairdresser and friend Rodney.

Singer, actor, cabaret performer and insomniac, we speak with Virginia Gay (Winners & Losers) about Dusty The Musical and her role as best friend and dresser Peg.

“Todd and I form Dusty’s travelling ‘circus’ family through 45 years,” she begins. “We are her anchor and her rock, and we help her deal with things that chase up against her. And then there is Elenoa who is just glorious as Dusty’s secret girlfriend Reno and sings the living shit out of everything – in technical terms [laughs]. 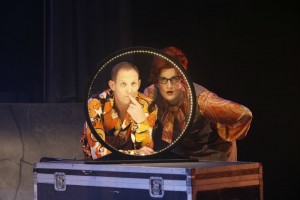 “The show follows Dusty’s life growing up a tubby little redheaded tomboy in Britain, and follows her finding her unique sound, travelling to America, falling in love, spiralling into addiction and all the while keeping her friends close and all of the incredible hits that she made throughout the entire time, including some hits right at the end with The Pet Shop Boys and her incredibly famous album Live At The Royal Albert Hall which was her big comeback – which was the first Dusty Springfield album I ever had which include Peter Allen and Burt Bacharach tracks on it.”

It’s an incredible story, and not always a happy one.

“No, that’s right,” Virginia agrees. “Dusty had some very low parts in her life. She struggled with addiction. She struggled with her own sexuality for quite a while – although coming to terms with that was one of the great things that got her through her addiction, which is terrific.

“One of the reasons that it’s so important that this show is on now, is that the world seems to be so filled with fear of the ‘other’, and this show focuses on the importance of being an outsider and about how it makes you strong and different and powerful. She was also one of the very first people who said that the sound of African-American music, the sound of soul and the ‘60s R&B was ‘the sound of the future’. That’s the sound that we should all be paying attention to. So she took a whole bunch of African-American singers back to England with her and told the whole country that they all needed to pay attention to Marvin Gaye and to The Supremes because this was the sound of the future. And she was absolutely right.

“Unlike many other white performers of the time, she didn’t steal their songs or appropriate them and take all the sex and funk out of them, she made people listen to them,” she adds. “One of the greatest pieces of praise she was ever given – which, in the show, is put into her secret lover’s mouth – is that apparently she was told all the time that people had no idea she was a white woman because she sounds so black.”

Dusty absolutely did have that about her.

“She had such soul in her voice. And sex, and a husky break in her,” Virginia says. “She was way before her time which, I think, is really one of the reasons she has stuck around as a sound and as a performer because it was truly before her time. It doesn’t sound of the era of the ‘50s and ‘60s. She really struggled to find a sound that was totally unique to her and that part of the story in the musical is that she really searched really hard and ignored everyone who told her that the do wop would be fine. But she always told them that it was not her sound.” 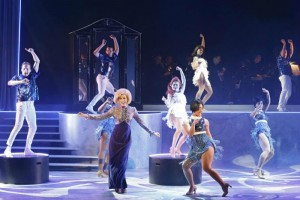 Dusty first came to Adelaide ten years ago and starred Tamsin Carroll – who is now a West End leading lady – and singer Deni Hines as Reno. Have there been many changes since then?

“The script is very similar to that version, although any minor changes have been in total consultation with the original writers, and it’s an entirely new production; new designers, new performers, a wonderful Director in Jason Langley and Musical direction by Michael Tyack who looked for new arrangements. There are even some new songs which were not in the original. So it’s a fully new shiny incredibly detailed and filled-with-heart production.

“Dusty has been a complete revelation to me,” Virginia says. “I knew what I thought were all of her hits, but actually the show is filled with ALL of her hits! Everybody in the cast, who are all of a similar generation or younger, we were continually amazed by her song list and kept saying ‘You mean she also sang this? And this one, too? Oh, and this one as well?’ which was kind of extraordinary and delightful. It’s an amazing experience to have a performer revealed to you like that.

“For me, as well as Amy Lehpamer being absolutely astonishing as Dusty, one of the other stars of the show is our ensemble who are doing all of these incredible dance numbers. I can’t dance so I’m always blown away by people who can dance. There is a number called The Middle Of Nowhere which I watch from the side of stage every single night without fail because I love it so much.”

Have you worked with Amy before?

“I have! We worked together on High Society in Sydney at The Haigh. And Todd McKenney is just glorious and an absolute delight to work with. Amy is almost always on stage, but Todd and I tend to work as a double act which is terrific.

“The other thing I want to mention is that I’ve worked with The Production Company many times, but this is their first production to ever tour outside of their home base in Melbourne.” Virginia says. “But because there has been so much demand we get to go to Adelaide, which is very exciting. They are usually a company that do two-week rehearsals and three-week seasons, but this has just been such a success so it’s fantastic that we are touring.”

One of the things with a show like this is exactly how much you can learn about someone that you thought you already knew.

“What’s great about this is that you come for the songs that Dusty sang,” she says, “and maybe for some memories of how great that first production was, but ours is a totally new one with new nuances and, of course, entirely new frocks, new musical arrangements that Michael has worked so hard on to sound both authentic and fresh, and there are also about 160 wigs in the show. Come just to marvel at how much hairspray we use [laughs]!” 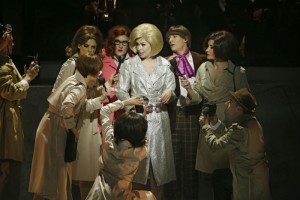 Hair was certainly big back in the ‘60s, wasn’t it!

“Ah ha!” Virginia hums. “Especially Dusty’s! She almost ‘performed’ femininity; she had an almost exaggerated idea of femininity with big big hair, all of the eye make-up, the pastels and the pinks…”

Do you have any more solo shows up your sleeve?

“I’ve always intended to write another cabaret show, and Alan Grady has been on at me to get another one up for Adelaide Cabaret Festival but, honestly, it’s just been a scheduling thing. But the next thing I’ll be doing is Calamity Jane in Sydney so that will take up much of my time and attention for a little while.”

If there was one single piece of costume from Dusty The Musical that you could keep, what would it be?

“In 1979 in the Royal Albert Hall, my character, Peg, wears a wig and set of glasses that make me look like Dustin Hoffman in Tootsie. They are incredible and I need them [laughs]!”

Anything else to add?

“Come along and see the wigs and the frocks and the dancing, hear the songs and hear my friends be amazing,” Virginia concludes. “Our costume designer, Isaac Lummis has done an incredibly spectacular job; all iconically Dusty looks but a little bit exaggerated because we’re in the world of performance. It’s all very glorious.”

Click HERE to read The Clothesline’s opening night review of Dusty The Musical. 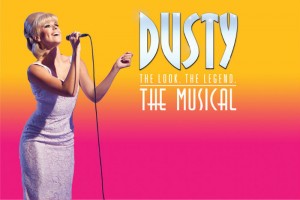