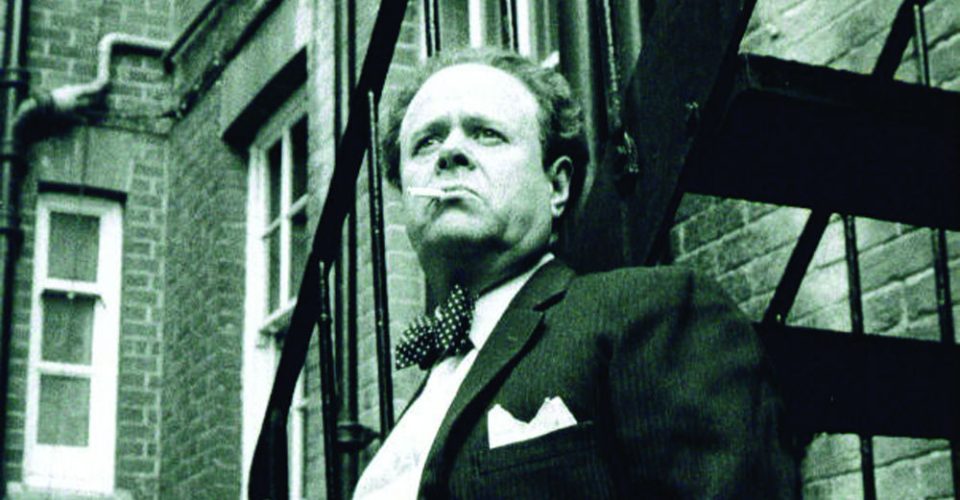 Bob Kingdom has been performing Dylan Thomas – Return Journey, an homage to Wales’ most famous poet and writer, on and off for nigh on 30 years. Adelaide Festival-goers will have the chance to see this acclaimed show this coming March. The Clothesline catches up with him at his home in Wales and asks how, and when, the idea of playing Dylan Thomas first came to him.

“I knew it was made for me, really, both vocally and physically,” Bob begins. “I only write and perform shows when I’m attracted to a subject, when I know that I can look and sound like the person. It was the same when I did the one about Truman Capote; I knew I could do his voice, look like him, and write in his style. When you go on stage and you’re armed with those three things, you’re firing on all cylinders.

“This play is based on one of Dylan’s lecture tours. He would actually just read his poems, but I’ve written bits myself, the introduction and the links between the pieces. I hope that, through his poems, his work, and with the links I provide, there is a narrative.”

To what extent were you exposed to the works of Dylan Thomas as a child?

“I was introduced to his work through listening to him on the radio,” he recalls. “I just thought he had such an amazing voice; I’d never heard anything like it. And when I learned that he was Welsh, well, that brought it closer to home.

“I thought it was a wonderful sound. His words completely integrated with his voice, the way they were being spoken and being heard. I can only really hear Dylan’s poems in his voice. I thought it would be wonderful to have an impact on an audience that was the same as the poetry’s effect on me when I first heard it.”

How have you managed to maintain the enthusiasm for something you’ve been doing since 1985? 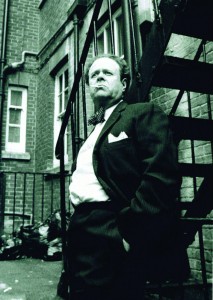 “I resurrected it for the 100th anniversary of his birth,” Bob says. “It’s a different audience every time, some of whom might never have heard Dylan Thomas before. I have to keep that in mind. I think any actor in a long run would think like that –that people are seeing it for the first time. And that’s what keeps it fresh. If it was the same audience every day it would be barmy!

“I think people enjoy the show, and people love being moved in a very simple, elemental way, through his poems. That’s a joy to be able to do.”

How did the association with (original director) Anthony Hopkins come about?

“I knew him a little, and also we had some mutual friends. I was doing the play at a friend of mine’s restaurant in Soho. The restaurant was staging evenings of one-man shows about people associated with Soho. There was a play about Oscar Wilde, and I did the one on Dylan Thomas, which Anthony came to see.

“He enjoyed it and asked who directed it. I told him that no-one was directing it at that time. He suggested we get together. So it was along those lines.

“I still see him occasionally but he lives in America, so not so much these days.”

You’ve performed Dylan Thomas – Return Journey in France, Italy, Israel, the Netherlands and Turkey. How has it been received?

“It’s mainly Americans who provide the audiences; diplomats, people like that,” Bob explains. “When I did the show in Turkey, at the Istanbul Festival some years ago, a bloke with a big beard came to my room and said ‘I am your translator’. I don’t think he translated the poems, that’s very difficult, but he translated the things he could: the stories, the little prose bits. When I was doing the show, I would get two reactions; first of all I’d get the reaction to my words, a laugh or whatever, and then I’d get the delayed response from the translated version. Like an echo [laughs]! That was quite interesting.”

Have you performed in Adelaide before?

“No; I did appear at the Sydney Festival in the early nineties. And I did the Truman Capote show at the Melbourne Festival a year or two later.”

Is this essentially the same show as it always has been? How has the performance been augmented?

“I add the odd line; something I hear or think of that sounds Dylan-esque,” he admits. “I’ll put that in. People will ask ‘Where did you get that line?’ or ‘What book did you get that from?’ and I know it was one of mine but I want the performance to be seamless I tell them that I can’t remember.

“I used to do a poem that was too long so I took that out. Things are interchangeable but because it is a show that people hear about and want to see, you can’t change it too much.

“When I was in Vancouver just before Christmas I took out one thing; Return Journey, which is about a visit Dylan Thomas made to Swansea after the war, when it was all bombed, remembering his youth. As it was Christmas, I replaced that with A Child’s Christmas in Wales. The two weeks in Vancouver were wonderful. We had great reviews; the houses were good and very appreciative.”

And, where are you and Dylan Thomas – Return Journey headed after the Adelaide Festival?

“I’m coming back to Australia in June or July,” Bob concludes. “To do a tour; I’m not quite sure of the details yet but that’s what we’ve got in mind.”