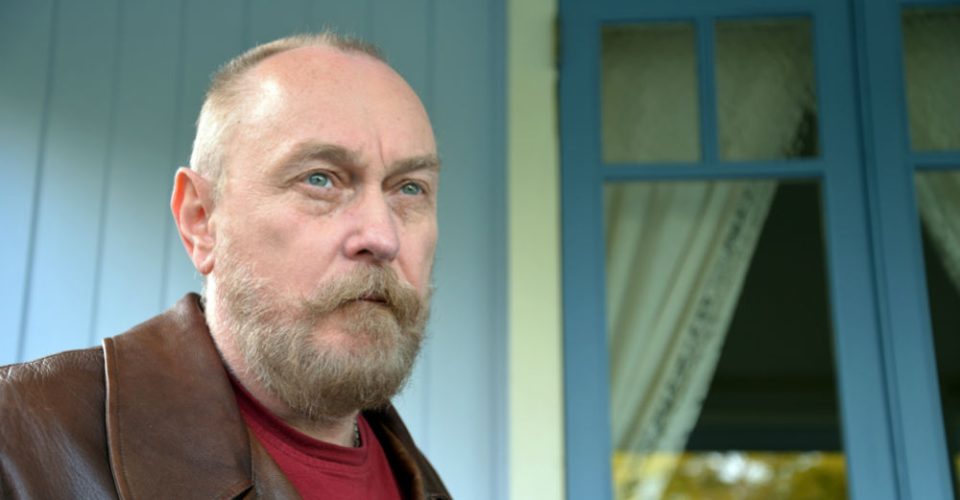 Ed Kuepper’s latest album, The Return Of The Mail-Order Bridegroom, features acoustic re-workings of songs spanning his time with The Saints, Laughing Clowns and from his lengthy solo career. Kuepper is making his way back to Adelaide, and the Governor Hindmarsh Hotel, as part of his Solo And By Request Tour, giving The Clothesline the perfect opportunity for a chat with the man himself. We ask Kuepper what led him to do an album of re-imaginings. Are they songs of which you are particularly fond, crowd favourites, or was it something else?

“A couple of years ago I did an album called Second Winter, which was a re-imagining of Electrical Storm and Rooms Of The Magnificent; two albums I recorded in the eighties,” he begins. “That was connected to a series of festival shows I did where they specifically asked for those albums to be played. I agreed, but on the condition that I wouldn’t really play them the way they were performed originally. So, out of that, came this notion.

“I’d been touring over in the States, touring in Europe with The Bad Seeds, doing a number of things which were fairly specific band performances – I wanted to break out of that entirely,” Kuepper continues. “It dawned on me that the best way to do it was to go out, without a set list or anything except for the instruments, and throw it over to the audience and take requests, which I did without any restrictions.

“I do tell audiences that they can request whatever they like, and I’ll play it if I know how to, but I won’t do it in the same way that it has been before. Of course, I wasn’t able to play everything; sometimes it was sort of comical, other times it was an exciting, knife-edge kind of performance, and there were a whole lot of songs that, just because they were fairly spontaneously handled on the night, something completely different came out of them.”

Kuepper tells us that not every song which grew from that live creative process made it to the recording studio; personally not being a fan of really long albums and anything over a 40-minute recording is pushing it somewhat.

“I have a vinyl fan attention span when it comes to listening to music,” he jests. “20 minutes and I like to turn the record over. But those songs that did make the CD I thought had an overall artistic coherence; an atmosphere that worked within the context of this particular album.”

The Return Of The Mail-Order Bridegroom has an immediate intimacy, pulling the listener in. It sounds a little like it’s just you and a microphone. Was it as simple a recording process as it appears?

“It was a bit more than that,” Kuepper replies. “There’s a whole range of subtle delays and various kinds of reflected sounds and stuff. We used quite a lot of microphones to pick up ambient things that were happening but, apart from that, it is a ‘live in the studio’ performance – just me, my vocals, my guitar and a swag of effects boxes.”

The few cover versions on the album are well suited to the overall feel. No Regrets, in particular, is sublime; a fabulous track.

“That is the only song on the album that wasn’t requested on the tour”, he reveals. “It was my own contribution to the request show. The first time that I played it, I was mucking around with something in the studio, just getting some levels. I started playing and it seemed to fit in nicely with the mood of the record. That’s how it ended up there.”

It sounds like there is scope for more of these re-workings. Is there the chance of another album?

“There are many tracks that didn’t make this album and so many different ways of approaching them,” Kuepper suggests. ‘This album is very much acoustic-oriented; doing the songs electrically makes them sound really different. So the next recording will be an electric album: different songs but still the re-imaginings of things that have been done before. It’s kind of a parallel recording process for me; doing songs that I’ve done before while also working on new songs.

“Some time ago I came to the realisation that songs aren’t finished just because you’ve recorded them”, he adds. “They can be done differently. It’s something that isn’t done very much in rock or pop music; songs are recorded and they kind of stay that way. In jazz, folk and blues things can develop over a long period of time. There’s a little bit of that approach in what I’m doing here. I’m not suggesting that I do jazz or folk, or anything like that, but it’s not unusual to have that kind of approach in those music forms.”

As part of your Solo And By Request show, are there any songs you won’t or don’t play?

“I try to get into the spirit of it all and to play what gets requested,” Kuepper replies. “Obviously there’s not enough time to play everything, and I guess I have to make some kind of executive decision as to whether a song can find a spot in the set. I still think of it in terms of a set – a set that we are making up as we go along. And I say ‘we’ because the audience is involved, calling things out. Sometimes, somebody will request a song and that will remind people of other things they want to hear. Generally, if I can remember them and if I’m not going to make a complete fool of myself, I’ll give it a go. I do forget the occasional song but people are pretty good about it.”

Will The Return Of The Mail-Order Bridegroom be available at the gig?

“We always try to do merchandise at the shows,” he says. “There’s not much in the way of actual stores that sell albums now, so the shows are a good place to pick things up. There will be a bit of back-catalogue stuff also available but we tend to try and keep it focused on the thing that’s around at the moment; something that’s cohesive with the music I’m playing, and the way that I’m playing it.”

You like to keep busy, so what’s next for Ed Kuepper?

“There are two things I’m going to start working on,” he explains. “In September I’m doing the music for an Australian feature film called Last Cab To Darwin, which is directed by Jeremy Sims. That’s going to be great and I’m really looking forward to it. The shooting has finished and we’ve done a little bit of preparation work but it’s still a long way from being completed.

“After that, there is a theatrical piece that I’m doing with Brisbane author/journalist Matt Condon, who has written quite a few books, but has a recent book out called Jacks and Jokers. It is the second in his trilogy of books chronicling the police and political corruption in Queensland in the lead up to the Fitzgerald Enquiry. We’re doing a musical based around it; a fictionalised story within that setting.”

Any last message for readers of The Clothesline?

“Yeah,” Kuepper concludes. “Get everyone to come along to the show in Adelaide. That would be great!”

Ed Kuepper brings his Solo And By Request Tour to Governor Hindmarsh Hotel on Fri Aug 8.

Book at The Gov on thegov.com.au.