ELEVATION by Stephen King: Up, Up And Away ~ Book Review 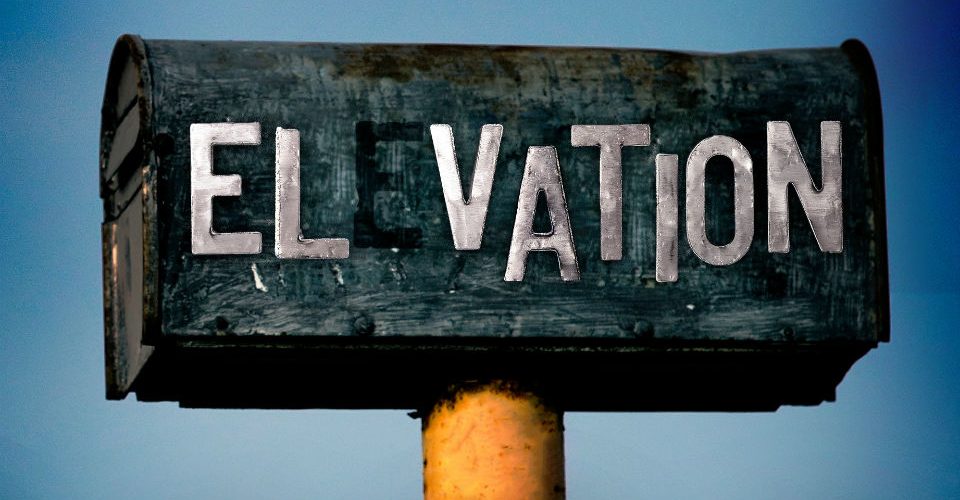 The impossibly prolific King’s latest comes soon after his epic collaboration with his son Owen (Sleeping Beauties) and his similarly lengthy solo effort The Outsider, and understandably and forgivably it’s a slightly shorter affair and a mere brisk novella. Set in King’s favourite fictional town of Castle Rock (of the King-influenced-but-not-written TV series of the same name), it’s built upon a strange, Twilight Zone-type premise, although this is, again, a leaping-off point for one of this beloved writer’s humanist character pieces and pointed social critiques.

Our protagonist Scott Carey is a very King-ish type of guy: a good-natured dude who works happily in IT, has come to terms with his recent divorce and has many friends, which allows for a sense of community a little at odds with the 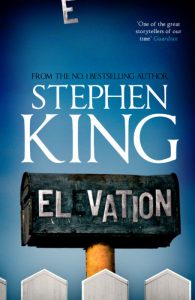 much darker, freakier things that go on in Castle Rock. However, Scott has a problem that he shares with pal Bob Ellis, a retired doctor: Scott’s alarmingly losing weight while still looking like a chunky man in his late 40s.

Ellis doesn’t know what to say to this bizarre situation, and Scott’s attention is then shifted to a married same-sex couple who live up the road and have recently opened a local restaurant which is struggling, as Castle Rock is as cursed with prejudice and homophobia as it is with supernatural evils. Scott tries to help and is rebuffed by Deidre, who accuses him of playing the ‘white knight’, while Missy is too timid to properly apologise for her snarky partner.

A Castle Rock marathon plays an important part here (something that doesn’t seem to feature in any other stories about the place), and soon we have the formation of new networks and odd permutations of friends (just like in The Outsider and so many other books from this writer, and a trick of his that’s influenced, for example, TV’s surely doomed The Walking Dead). We also have much social commentary just beneath the surface, and yet it never takes over or becomes too icky, as this is, as usual, really all about the characters.

And we naturally end with an excerpt from King’s next soon-to-be-published book, a collaboration with Richard Chizmar called Gwendy’s Button Box. And you can help but wonder: does he ever damn well sleep???