ELLE (MA): A Daring and Confronting Look into the Mind of a Woman Following her Violent Assault at the hands of a Masked Attacker – Film Review 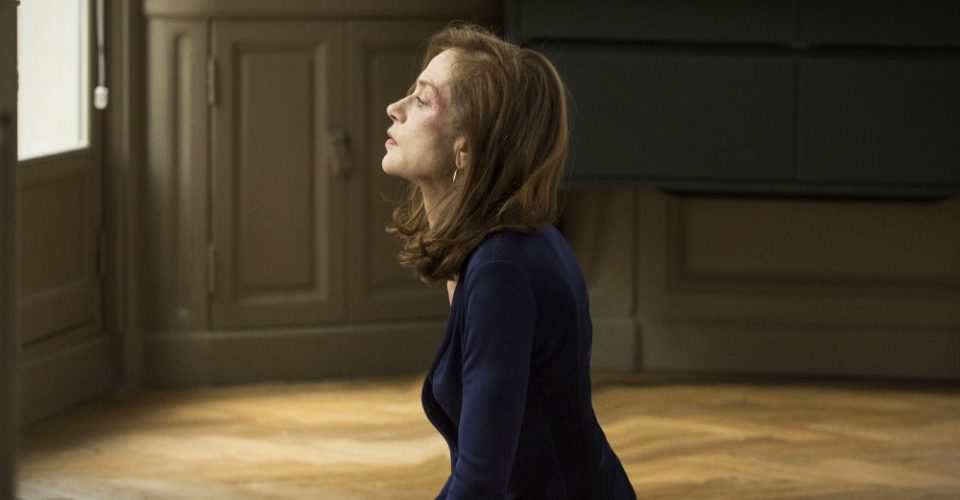 Amsterdam-born director/troublemaker Paul Verhoeven’s no stranger to movies with strong sexual content, either at home (Spetters, The 4th Man) or in America (Basic Instinct, Showgirls), and after a recent spell in the Netherlands (the fine Black Book, the virtually unknown Tricked) he went to Paris for this filming of Philippe Djian’s novel, and found a partner-in-crime in star Isabelle Huppert, whose reputation for daring and confronting material is just about as notorious as his.

Isabelle (seemingly playing about 10 years younger than her actual 60-something status) is fairly extraordinary as Michèle Leblanc, a divorced and moneyed boss of a video game company, whose violent rape at the hands of a masked guy dressed up like a killer out of an 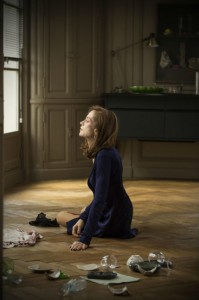 Italian giallo horror (or maybe ‘The Gimp’ from Pulp Fiction) opens the film. Michèle’s response to this crime is unexpected but not too unusual in such circumstances: she doesn’t call the police and instead tries to conduct her life as if nothing too important has happened, although her veneer cracks at a strained get-together with her ex-husband Richard (Charles Berling) and friends, and soon the rapist seems to be stalking and trying to publicly embarrass her. Although it takes a lot to embarrass Michèle. And Isabelle too.

David Birke’s script takes many detours and introduces a host of characters who have some bearing upon Michele’s life and advice for her in the aftermath of her experience, including her foolish grown-up son Vincent (Jonas Bloquet), her randy mother Irène (Judith Magre), and others. And there are secrets and surprises galore, not least of which is the dangerous connection that’s established between Michèle and her attacker, whose identity might, perhaps, seem obvious – but that’s not really the point.

Movies about rape are always (and understandably) a tricky bunch to discuss, and yet Verhoeven, Birke and Huppert make this less about the violence and more about attempting to get into Michèle’s already dubious mind. And, mais oui, you probably don’t want to spend too much time in there, no matter how uncomfortably fascinating it might be.