END OF WATCH: The Third and Final Novel in the ‘Hodges Trilogy’ from The Prolific Stephen King – Book Review 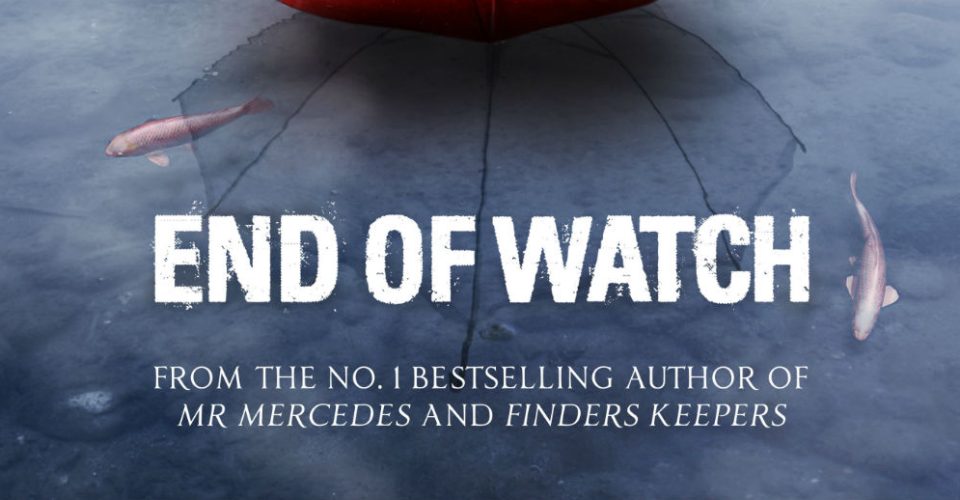 The impossibly prolific King concludes his ‘Hodges Trilogy’ with this follow-up to Mr. Mercedes (released a mere two years ago) and Finders Keepers, and it’s a possibly stand-alone entry that finally tips over into horror territory after the more thriller-cum-psychodramatic-character-study-type first two installments.

The getting-on Bill Hodges still runs the ‘Finders Keepers’ private investigation firm with the idiosyncratic but formidably tough Holly Gibney, and while dealing with some serious personal 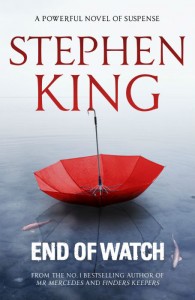 problems, he becomes increasingly aware of the frightening fact that Brady Hartsfield (‘Mr. Mercedes’ himself) perhaps isn’t the harmless, comatose victim of that traumatic brain injury after all. A series of suicides and strange goings-on leads Bill and Holly to deduce that the scarily messed-up Brady has done a Patrick (the Australian movie) or even a nasty variation on King’s Carrie and can now telepathically control and manipulate people from Room 217 at the Lakes Region Clinic (and yes, Room 217 is from the novel of The Shining – but not the film, which King detests).

Drawing upon the author’s famed mistrust of technology (see his Cell, for instance), this finds Bill not quite one step ahead of Hartsfield, as Holly is again forced to become a more active participant in the narrative, and while proceedings grow supernaturally intense this is still, nevertheless, rather more about King’s immense compassion for his characters, especially when Jerome Robinson (now a collegian) returns and he and Holly continue their unlikely but most moving friendship.

And while this is the end of the ‘Hodges Trilogy’, fans need never fret as surely the mighty King’s got another four or five bestsellers due out before Christmas.