The Factory is the latest production from Kila Kokonut Krew (KKK), a Performing Arts Company focussing solely on Pacific Islander Arts and based in New Zealand. Set in the South Auckland during the 1970s and at a time when Pacific Islanders were encouraged to migrate to New Zealand, in search of ‘a better life’, The Factory highlights the struggles faced by a young Samoan girl and her father as they face the realities of immigrant life.

The Clothesline speaks, via email, to Stacey Leilua – KKK Director and Associate Producer of The Factory ahead of their debut Australian performance at the Adelaide Cabaret Festival.

The Factory has been described as a Pacific Le Misérables. Is the comparison accurate?

“That was in a review given to us by Janet McAllister at the NZ Herald and one which I say definitely fits the show. Like Le Misérables, The Factory explores an era of political turmoil – there is romance, family struggles, unfairness and above all, redemption. I think calling it the ‘Pacific Les Mis’ was a very accurate comparison indeed – let’s hope it becomes as well known and widely respected!”

“Being set in 1974 allows The Factory to have a lot of funk and disco, which is a lot of fun. There’s everything from tender love ballads to full blown chorus numbers that had Auckland audiences on their feet and dancing! It’s all original, a great mix of fresh Pacific sounds with a classic musical theatre feel. There are some songs that will really move you to tears, too. I have seen the show run over 100 times and I still get teary at some moments. One thing is for sure, all of the music is extremely catchy; I guarantee you’ll walk out of the theatre singing the songs!”

The Factory is billed as the very first Pacific musical. This is a real accomplishment and of course a very important milestone for Pacific arts and peoples. What led to its creation?

“Vela Manusaute (writer and director) spoke with his mother who urged him to create a play as a tribute to his father and other family members who were part of the Pacific migrant generation in the 1950s. It was important that we honoured this generation as they made an incredible contribution to the New Zealand economy and endured a lot of suffering in the process. The Factory explores their search for the ‘milk and honey dream’ and questions whether they really did find the new paradise they were looking for.”

What do you believe are the show’s greatest strength as a social voice for Pacific peoples?

“It’s important to note that The Factory is based on real people at a real time in New Zealand history. An Auckland reviewer (Simon Wilson at Metro Magazine) said in a review last year ‘The Factory will become a new pillar of New Zealand theatre: a classic that is performed frequently and inspires a generation’. I think part of the key to that is The Factory’s universal social relevance.” 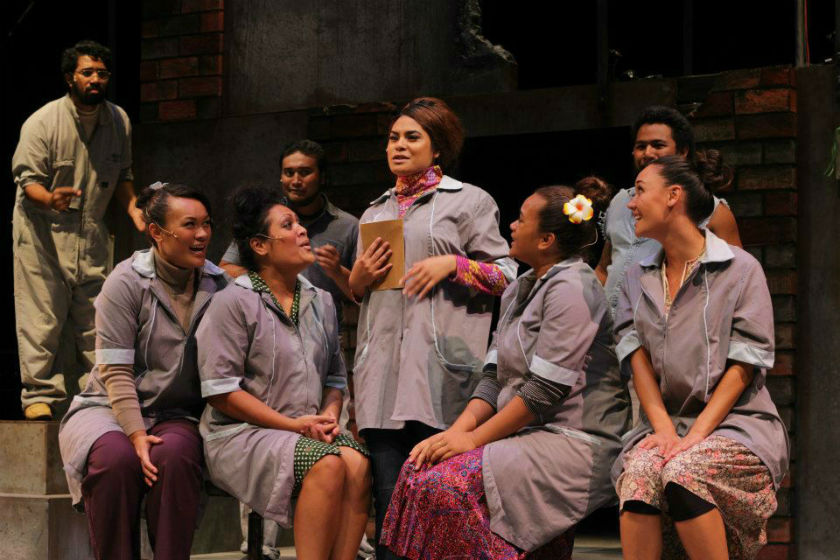 What do you most hope Australian audiences will gain from seeing and experiencing your show?

“We believe that The Factory is on its way to becoming a well loved musical across the world. It’s great for us to share such an important part of our New Zealand history with our brothers and sisters over the ditch. It’s about education, and recognition of the people at that time. New Zealand and Australia have such a close bond, both geographically and culturally so it’s nice to share this with our neighbours first before the rest of the world. We expect that Australian audiences will respond to the show as positively as New Zealand audiences have.”

Clearly the migrant experience is one that is shared by many cultures all over the world. After Australia you will be taking the show to the Edinburgh Festival – this is certain to be an amazing experience. How do you think European audiences will relate to the show?

“The migrant experience, coming to a new country in search of a better life is one that people all over the world can relate to. The previous audiences for both seasons of The Factory have been of mixed ethnicities, and not just kiwis – recently, at our APAM [Australian Performing Arts Market] showcase in Brisbane, we were widely regarded as the market highlight. I think European audiences will love it – at the end of the day themes like family, love, and justice are universal. We are really excited about making the trip over to Edinburgh; it will be the first time for most of us at the festival!”

As well as being a much needed ‘voice’, The Factory is also essentially a fabulous vehicle for Pacific music as well.

“In terms of entertainment, the Pacific culture is naturally very ingrained in music and oral tradition; it’s a natural form of expression. It was a very easy transition to think of this story as musical theatre. Fitting our characters into the world of musical theatre made sense too – you have the beautiful young girl, the political hero, the fairy godmother figure, there’s even a villain. What makes this unique is these characters all come from a place of truth, relevant to our own history. These characters are our parents and grandparents and what they really went through.”

Are there plans for any more musicals in the future?

“As a company we do talk about possibly creating another musical in the future as it’s a medium that is a lot of fun to create, develop and perform. There is other KKK theatre work currently in development in New Zealand too.”

According to your website, Kila Kokonut Krew was founded in response to a need for Pacific voices to be heard, encouraged and celebrated.

“Kila Kokonut Krew gives our Pacific people a creative voice. At the time KKK was formed, Vela Manusaute and Anapela Polataivao, both New Zealand Drama School graduates, believed there was no other theatre company that focused on committing solely to the recognition, development and celebration of Pacific voices. So that was the impetus for creating the company, to fill that void in the industry.”

‘From the Pacific, We Rise’ – there is something very powerful in the few words. How does this mantra guide your creative direction?

“We are now in our twelfth year of existence, and our mantra is with us for every project we work on. We are constantly questioning ‘How does this differ from other Pacific work we have seen in the past?’ ‘How does it further the creative advancement of our Pacific people?’ and also of utmost importance to us all is that the quality of the work remains at a high standard. At the end of the day, all the creative force within the company goes towards fulfilling the truth of that slogan.” 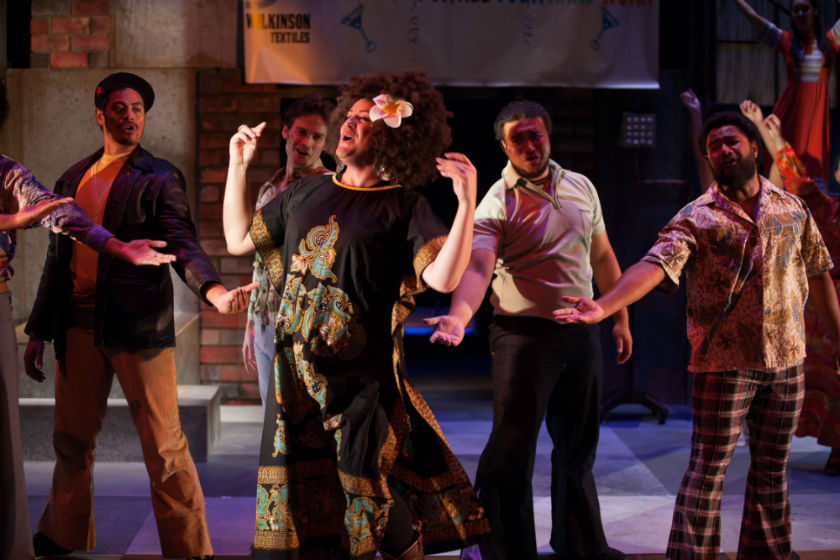 The Factory has inspired an online digital series of the same name and co-produced by the Company. Is this form of media another direction you are keen to explore further?

For The Factory webseries, we were lucky to be chosen for funding through a NZonAir digital media initiative, which is probably going to go to different creatives each year. It was a fantastic opportunity and I’m excited to see what other people would do with it. The webseries was a great experience for us to do something different, and develop our skills in a different medium. It also exposed us to a whole new audience, the younger online audience who are a very savvy bunch! There are no current plans to do anything else with the webseries concept, but you never know what the future holds!”

Can you describe some other areas in which the company is involved in encouraging Pacific Arts both in the region and abroad?

“Kila Kokonut Krew runs a writer’s development programme, Kila Theatre Creatives. The programme offers mentoring to emerging artists over a three month period, utilising trained dramaturges and directors to shape the work of three rising Pasifika playwrights/creatives. We are also continuously creating new theatre work, and working towards having those pieces staged. All of the theatre we create is in line with our company motto, ‘From the Pacific, We Rise’ and aims to uplift the Pacific voice.”

How are you received by New Zealand audiences – do you feel a part of NZ ‘mainstream’ Art culture or is there still a way to go?

“We’re getting there! For years we definitely felt like the ‘underdog’ of New Zealand theatre, but through work like The Factory we have moved more into the mainstream. Our audiences are definitely very diverse – Pacific, Maori, European and other ethnicities of all ages and backgrounds. So there’s no denying that Kila Kokonut Krew has a broad appeal.”

As a unique musical theatre experience – indeed the first of its kind – The Factory seems well placed to becoming a “must see” for musical aficionados everywhere.