FAR FROM TRUE: Linwood Barclay’s Next In The ‘Promise Falls’ Series – Book Review 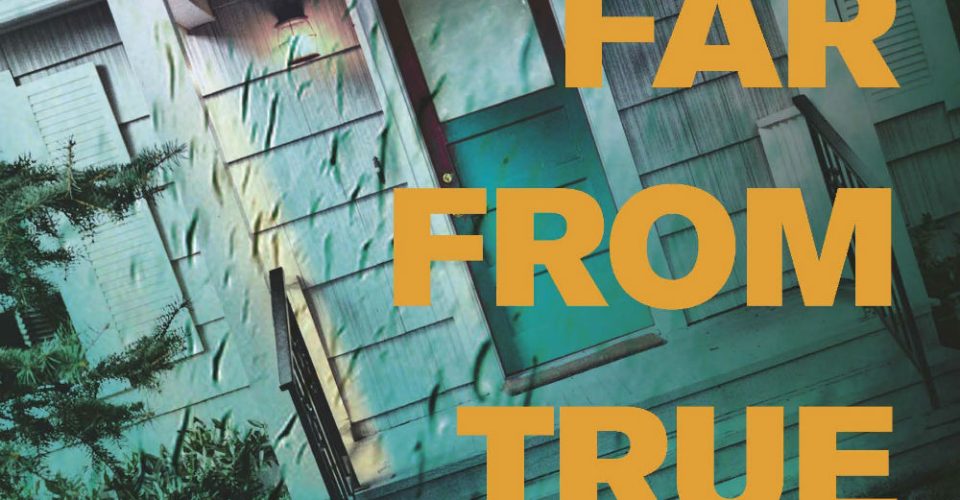 Following on from Barclay’s similarly-doorstop-like A Tap On The Window (which you might do well being intimately acquainted with before you tackle this one), this next installment in the ‘Promise Falls’ series is readable enough yet ultimately leaves you hanging as it leaves so much unanswered before promising another entry called The Twenty-Three. Um, spoilers? 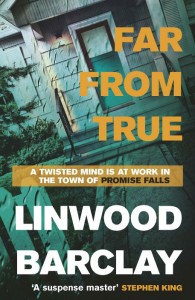 Grieving PI Cal Weaver, survivor of Tap, is one of many called in to investigate after the screen of the closing-down local drive-in topples over and crushes several locals, and a web of small-town sorts interweave in what comes next as subplots abound.

There’s late author and former bikie Adam Chalmers, whose missing DVDs prove a crucial thread; there’s his long-suffering wife Miriam; there’s Detective Barry Duckworth, battling with his weight; there’s onetime mayor Randall Finley, who wants to fill the top job once more despite his sordid past; there’s Sam Worthington (not the actor), who’s being persecuted by her ex-husband Ed and his nasty parents Garnet and Yolanda while protecting her peculiar, graphic-novel-loving daughter Crystal; and there are so many others.

And they’re quite a bunch, and Barclay’s knack for keeping them all under control and making us care for them (just enough) is one of his greatest gifts (no wonder Stephen King is a fan), even though nothing is really resolved here, because the complicated plot builds up and up and up – and then stops.

Which is fine if you knew this was part of a series, but far from acceptable if you didn’t.