NOT MY FATHER’S SON: A family Memoir Of A Brutal Life – Book Review 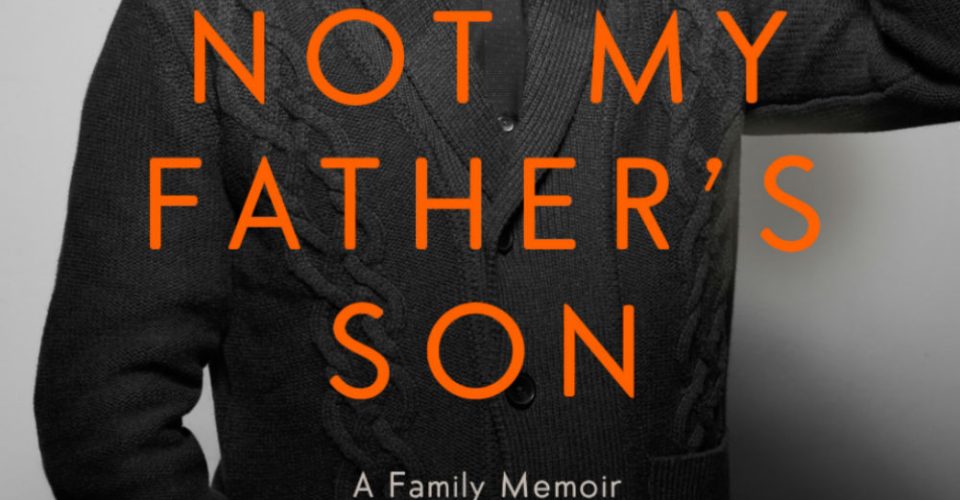 Raved about on the cover by Stephen Fry, Harlan Coban, Neil Gaiman and others, Cumming’s first book is an autobiographical effort that touches upon the roles that made him famous (a mention of Spy Kids, details about TV’s The Good Wife, barely a peep about Stanley Kubrick’s swansong Eyes Wide Shut) but primarily documents the shocking abuse and trauma he experienced growing up at the hands of his Dad. 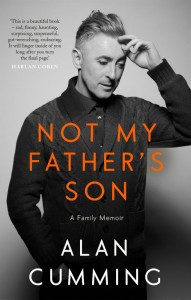 Skipping back and forth from ‘Now’ to ‘Then’ to specific dates in 2010 and beyond, Alan recounts how his father Alex was a real monster, an easily-enraged, psychological-game-playing tyrant whose beating and brutal clipping of Alan’s supposedly too-long hair opens the book. However, when the time came for the author’s family heritage to be studied by Who Do You Think You Are?, an event that led him to think that he was to learn proud truths about the mysteries of his mother Mary’s lineage, Alan also found himself forced to deal with his dying Dad after a media circus and misquotation of some remarks in an article. And if you think that the title of Cumming’s book suggests the secret that his Dad was about to reveal then you need to understand that nothing, of course, in life is that simple, and know that what follows plays almost like suspenseful fiction (only one, perhaps, where the ‘it’ in the ‘whodunit’ is the author himself).

By turns beautifully written, deeply scary and painfully honest, Alan isn’t quite above a little self-love (a little celebrity namedropping, some drama-queeny theatrics about the craft of acting and the fame game) herein, but you’ll forgive him considering the horrific experiences he endured as a child. And aren’t you glad that your family is normal? Ha, just kidding…