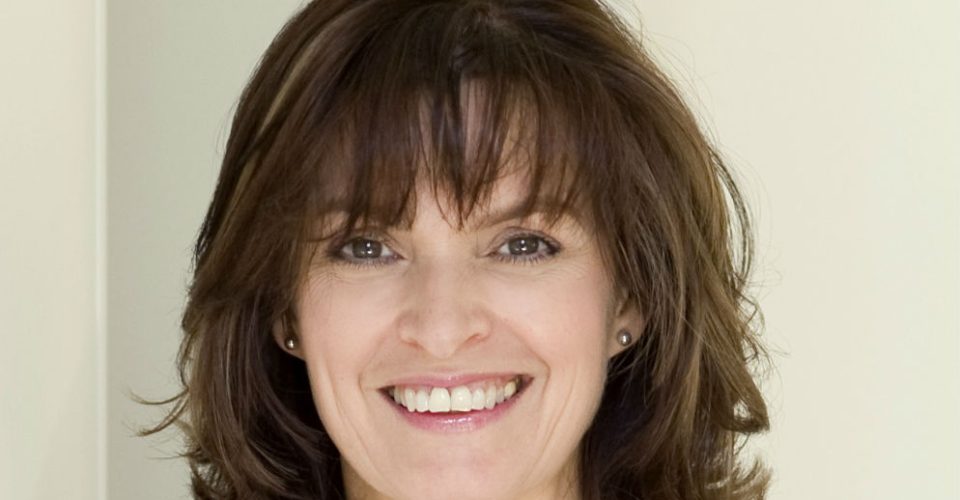 Fiona McIntosh is the British-born but Australian-based author of 28 novels for adults and achieved astonishing commercial success. Her latest novel, Nightingale, tells the story of star-crossed lovers searching for each other amidst the carnage of World War I.

The Clothesline chats with Fiona via email and asks what inspired her to set a grand love story in the midst of a war.

“A grand love story against a doomed background is hard to beat. The theme of heartbreak seems to run strongly in the novel and it really came about through me learning about Darcy Roberts from our family who gave his life at the Battle of Lone Pine at Gallipoli,” Fiona revealed.

“As a mother of sons I keenly felt that sense of heartbreak for Darcy’s mother. There were so many conflicting accounts shared with her, from seeing him fall to believing he might be in hospital in Cairo. I have read her pleading letters and it felt heartbreaking. But reading about the campaign there was heartbreak everywhere – in the trenches, between enemies who had no genuine gripe with each other, between friends, between lovers, between mates, on the hospital ships… it felt like a black hole of heartbreak when I was researching Gallipoli and so that became the over-arching theme.”

You’ve written about WWI before. What draws you to this period in history?

“It was as though that was the moment when the world lost its innocence… and killing en masse became the norm with new and vicious ways to hurt the enemy from mustard gas to portable mortar bombing,” Fiona says. “However, it was such a polite time too when enemies might toss a ball to their opposing trench and a weird sport would ensue, they’d talk to each other or shake hands if a truce was called to clear the dead, even share food from home. It was a time when people played hard and loved hard because the men didn’t know if they’d survive.”

Nightingale is a love story of epic proportions. Nurse Claire and Trooper Jamie fall in love instantly, amidst brutality and atrocity, and their love sustains the through loneliness, despair and fear. Above all, for me, this was a story about hope.

“Indeed, despite the heartbreak this is a story built around hope, love, family and friendship.” Fiona agreed. “Without hope we might as well all pack up.”

There’s an unforgettable scene in Nightingale where Trooper Wren meets a Turkish soldier, Shahin, during an armistice. What can you tell us about it?

“I think it’s my favourite scene. So much despair surrounding these men and yet a few hours of enforced truce shows how the humanity erupts across so called enemies and their friendship and sharing of conversation, smiles, food, was deeply touching,” Fiona says. “This was taken from a real event that occurred in Gallipoli during May 1915. There were so many corpses littering the small gap between trenches that were threatening to cause disease plus it was deeply disturbing for both sides to see fallen mates left. So poignant and desperately sad that a whistle was blown to end the truce and they all clambered back into their trenches, waving goodbye to each other, only to start trying to kill one another again. It [this scene] set off a whole new storyline, took the novel into an area I couldn’t see coming and of course the story is so much richer for it.” 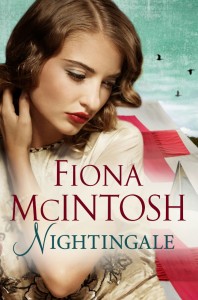 Claire Nightingale has moved from England to Sydney to Tasmania and feels as though she has no one important to share her life with. As someone who has also emigrated from the UK, did you feel you had a special sense of Claire’s dislocation? How important do you think it is to have a place to call home, that you feel connected to?

“Yes, indeed, Claire is the most dislocated character I think I’ve written and I completely empathised with that sense of isolation because I felt the same way in 1979 when I daringly took off from England alone on my adventure, leaving behind friends and beloved family to come to a country on the other side of the world. It felt dangerous, terrifying, exhilarating but dislocating. I found that part of her easy to write because I’d lived it.”

How important do you think it is to have a place to call home?

“Home is in the heart – I’ve realised that. But when I talk about ‘home’ I believe I’m talking about life as a child, the England I was raised in, the house I lived in, the country lanes I played in…. home is a memory; home is the sense of security and being loved; home is familiarity and confidence about your place in life. Home is not really an actual place for me anymore. Home is FAMILY! It’s love.”

The beginning of the novel takes place in Gallipoli and depicts the horrific trench warfare between Australian and Turkish troops, under the watchful eye of German soldiers. This is a story that has been told many times. How did you approach it with a fresh perspective?

“I suppose the fresh perspective for me is to show that particular spot on Walker’s Ridge in Gallipoli, from both perspectives. We sympathise with the characters of Jamie and his best mate, Spud in the Allied trenches but we also get to know the lovely Açar Shahin in the opposing trench… his life, his family, his dreams. I thought it was important to take the view that while yes, thousands of beautiful young men left their lives in Australia to lose their innocence and lives in Turkey, there were also thousands of beautiful young Turkish men leaving their lives and beloved family to defend their land against the invaders. It was vital to me to reflect on the hideous price paid by war, usually by innocent people doing their duty.”

A novel like Nightingale must require you to do an enormous amount of research. How do you go about your research for a project such as this?

“It’s not a welcome excuse to travel as many can be forgiven for believing but more a fundamental need to ensure I can evoke a richness of place for my readers. If I hadn’t put my feet on the ground in those places and done all the physical research I did, the story would lack a lot of its texture and all of its authenticity. I do vast amounts of reading to fix in my mind the era and everything about it from fashion to lifestyle, and then if the story is set in wartime I read tomes on the specific battles but then also the wider theatres as much as the political climate leading up to and beyond the war of my story. It’s a huge commitment and no, I’m not sitting on Paris sidewalks sipping absinthe and enjoying the sun. I’m usually in the bowels of some museum or library poring over old books and documents… it’s not as sexy as people may think but it is hugely enriching and educating.”

We’ve heard you are doing something special with your Nightingale promotional events.

“We have been taking poppies around with us wherever we visit for Nightingale because this centenary year of WWI and the centenary of Gallipoli for 2015 is a major milestone and reinforces our need never to forget those lives given,” Fiona says. “We’re also taking around tea for everyone who comes to any of my events. Tea seems to be a key theme in the Nightingale story… tea in the trenches, tea on the hospital ship, tea between mates, between enemies, between lovers and strangers. Tea feels like a healer in this story.

“I also made some perfume while I was in France earlier this year and I called it Nightingale so I’m taking that with me so anyone coming to visit me at my events can try some on – all good fun and it’s nice to have a laugh with readers to lift us away from the sad premise of war and into the realm of love and hope and of course the usual circus of small catastrophes that befall me in my research.”

Nightingale is available from Penguin Australia. Click here to purchase your copy.