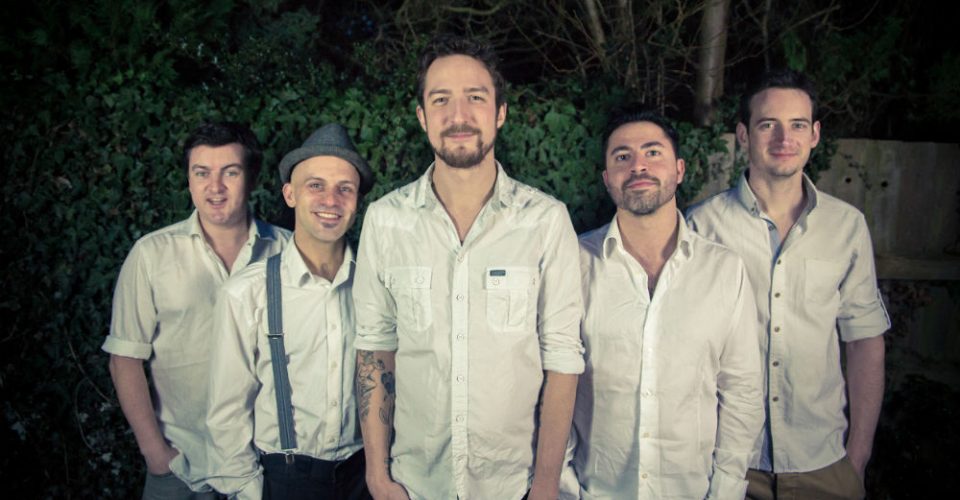 For the best part of the last decade, English folk/punk singer-songwriter Frank Turner has kept himself busy. He’s taken his urgent, engaging music around the world, playing hundreds of concerts in a host of countries. In that time he’s also released a series of increasingly popular albums, played the opening of the 2012 London Olympics, released a memoir and produced three concert DVDs. We catch up with Frank on the eve of his Australian tour, as he begins his day in London, and ask about his memories of Adelaide.

“I’m pretty sure that the last time we came through we were on a tour with Dropkick Murphys,” he begins. “That tour, as a whole, was a blast. I’ve been to Adelaide a bunch of times before, on other tours, and I’ve always had a good time.”

You’re touring with a full band, so will we hear the music we’ve enjoyed on your last few records?

“Very much so; the boys (The Sleeping Souls) are in tow for this one. We’ve also just finished making a new record; it’s not going to be out before we get to Australia but we’ll be dropping some of the new songs into the set.”

It seems like you are constantly touring. Does this drive to perform come out of desire or necessity?

“It’s a combination of different things,” Frank says. “As a kid growing up, the bands I was in love with were generally hard-touring bands like Black Flag. Touring is part of the job for a musician; it always has been. It’s how you make a living, these days especially. I don’t think the ‘sitting at home, earning money off record sales’ model is really that viable any more, but even if that was the case I think I’d still be on the road.

“I love touring and the fact that I’ve been to Adelaide before and I’m coming back again; it’s a wonderful thing. I’m from suburban England and to have the ability to travel around, seeing the world, playing music and meeting new people is a privilege.”

You’re currently doing a series of shows promoting your book, The Road Beneath My Feet. How has that been working out?

“It’s been really great. I’ve never done a book tour before; I’ve never written a book before!” he laughs. “I’m doing book signings and shows; this has been a new chapter for me, but it’s going surprisingly well. Every night we get to discuss the book and life on the stage, while hanging out with people and playing a few songs. Audiences seem to be enjoying themselves, so that’s good.”

What can you tell us about the new record?

“I’m not allowed to reveal the title yet, and we are still arguing about release dates but it’s going to be out in the (English) summer,” Frank says. “The album is basically finished. It’s a kind of raw, punk rock record; a little bit more direct and in-your-face than the last one I made, and I’m very excited about it.

The selection of covers you choose to record and perform is eclectic, to say the least. The traditional English folk of Barbara Allen, Abba’s Dancing Queen, You Are My Sunshine, On A Plain, Flanders and Swann’s Slow Train… What leads you to cover particular songs?

“I think that when you do covers you’ve got to kind of contribute something to the song,” he replies. “There’s no point in basic replication. I love playing a good song and I’m always learning new ones.

“Many years ago I was reading an interview with Evan Dando, one of my favourite songwriters, and he was saying that the term ‘singer-songwriter’ has two parts to it – you are a singer and a songwriter, and you don’t necessarily have do both simultaneously. I thought that was a very interesting way of approaching it.”

The conversation turns towards Frank’s influences and he discusses how the music he admires pervades his writing processes and performances in many small ways.

“There will always be shades of other songs that filter through what you are doing,” Frank explains, “even in things as simple as playing a drum break or the way you melodically move from a middle-eight to a chorus. I spend a lot of time thinking about artists such as Springsteen, Loudon Wainwright III and people like that. I think as long as you’re not trying to copy one person or one thing, it’s fine.”

You have a side project, the hardcore Möngöl Hörde. What was the reason for you returning to that kind of music?

“It’s me letting off a bit of steam, really,” Frank admits. “Ben, the drummer, and I grew up together, playing in bands like Million Dead. Then, there was an eight year period where we did our own separate projects. I missed playing with him during that time, he’s one of my best friends, and I just wanted to get back into it.

“It’s a lot of fun; I think that’s the main thing with Möngöl Hörde for me. If there’s ever anything we do that starts feeling onerous, I’ll just pull the plug on it.”

It looks like you are continuing with the touring. Do you have any other plans?

“It’s both natural and healthy to be always thinking about other ideas. I haven’t got anything that’s about to happen because the new record I’m about to release is going to eat up the next two years of my life!” he concludes. “There are a couple of irons in the fire, and of course I’m always writing my own stuff, thinking about where that might lead.”

Book at OzTix at tickets.oztix.com.au. Click HERE to purchase your tickets.