So Frenchy, So Chic Live! A Double Bill Featuring Emilie Simon And The DØ – Interview 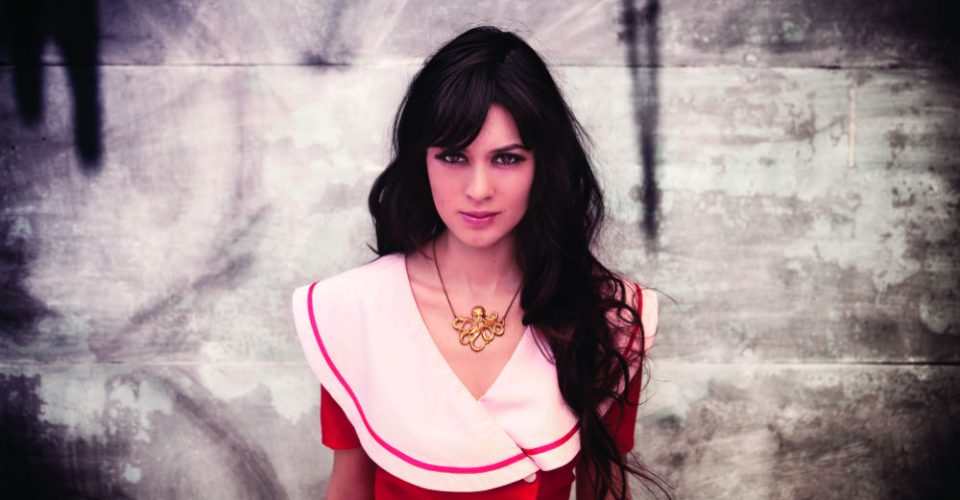 Emilie Simon is an award winning singer, songwriter and composer from France who has received many accolades for her unique and progressive musical style, characterized by the sophisticated blending and layering of live vocals and instrumentals. Emilie is heard regularly over the Triple J airways and returns to Australia for the third time in January as a much anticipated guest of the Adelaide Festival Centre. Her show, So Frenchy, So Chic Live! will include songs from her new album, Mue – a body of work that showcases a combination of sounds from earlier albums as well as her deep love for and connection to the city of Paris.

The Clothesline chats to Emilie about her inspirations, her music and her upcoming tour.

You’ve had such a successful career and you obviously love what you do. Where did your initial interest in music come from?

“I started playing music when I was a child – classical music”, Emilie begins. “I went to the Conservatory in the South of France, performed in different bands as a teenager, went to a jazz school and then started studying music in Paris when I was 20.”

Tell us about So Frenchy, So Chic Live!

“Tracks from the Mue album are the base for my section of the show but there will be a lot of songs from other releases,” she responds, “so it’s very rich in mood and music because all of my albums are quite different from each other. It’s actually been a lot of fun to build this show and to showcase those albums.”

Emilie Simon received a Caesar Award for her soundtrack to the feature film March Of The Penguins. However the American release contained a different score. In responding to this disappointment, she remains philosophical.

“Yes [it was disappointing] but they remade the whole movie for the American market, so they changed a lot of the script and, therefore, the music too. In the end the original version was very different to the one in The States; everything changed and I was just one of those changes.”

Your recorded sound is layered and intricate. Do you reproduce this in your live shows?

“It depends,” she replies. “Sometimes I really want the same sound so I will use those studio recordings. Recording my albums is often a long process in sound design; it takes a lot of composing and organising time on the computer. Having exactly the same thing live would not be possible without using pre-recordings. I also rearrange a lot of songs so we keep the essence, the core, but we choose live angles so it is a little different but still the same. So the audience come to the show and they like the music they hear from the album but they like the differences too.”

Would you then describe your musical processes as being organic in essence?

“Oh yes!” she replies passionately. “It’s very inspired by where I am, the moment, my life. So I can’t really tell what the next album will be like. Between albums I have time to write, to let it grow and to do it properly. Sometimes I write albums in a shorter time, at this time I am touring so the process takes longer. I like not having rules about writing – it’s important to let it all happen in that organic way.”

What they can expect to hear from you in the show?

“My music is very melodic; a mixture of electronic yet organic tunes, lots of strings. My songs are all very different so you will experience many different vibes throughout the evening.” Pausing for a moment’s thought, Emilie adds, “actually, it is very feminine.”

You sing in English as well as French. Is this something you consciously think about when touring overseas?

“Yes, there is always a mix, but I always base the song choice on melody, mood and energy rather than lyrics. But most of the time it’s important that people and I can communicate in the music and mood; people really react to the French songs,” she explains. “Most of the time I work out my set list once I’m in the country and have a feel for my audiences. Before that, I base my choices on the beats and the energy and mood of the song itself.”

Emilie Simon performs So Frenchy, So Chic Live! A Double Bill featuring The DØ at Her Majesty’s Theatre on Thu Jan 15, 2015.