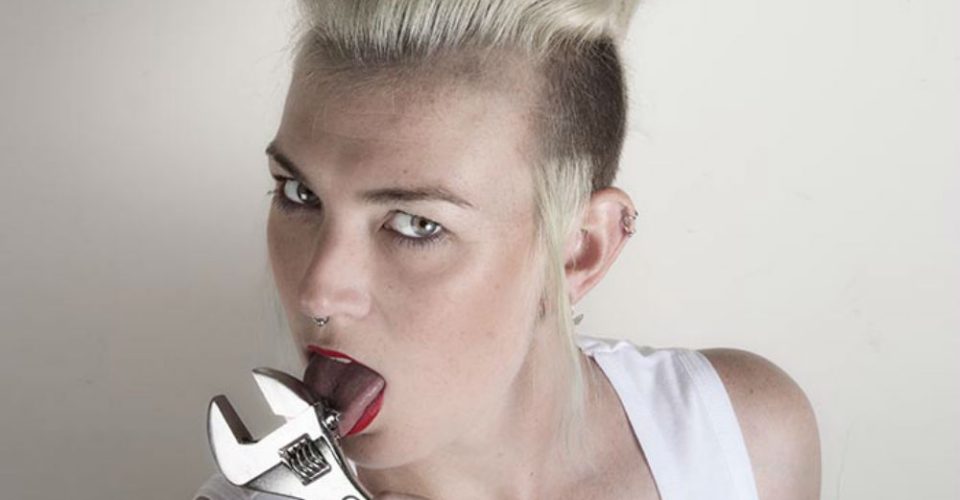 On the back of her first Australian tour, smashing her way into the hearts of Melbourne, Brisbane, and Perth, Jessica McKerlie brings Gender Spanner back to Adelaide for the Adelaide Cabaret Fringe Festival. Now in its filthy pubescence, the act emerges bigger, louder and messier at La Bohème from Thu 2 Jun until Sat 11 Jun.

Armed with a ukulele, spinning plates and an array of costumes that traverse stereotypes, McKerlie sticks a label from her past on the audience’s chests to allow them to sit with the weight of their perceived identity. Featuring a suite of original music, burlesque and theatrical monologues, the show deals with a common thread: Are you a man? Are you a woman? Are you tall, perceptive, clever, creative, lazy? Are you sure?

The show puts a ‘spanner in the works’ of what’s considered ‘normal’, and looks to explain the ever-tightening constrictions that individuals face when it comes to labelling and self-expression.

“McKerlie’s honesty and deft use of metaphor provides a powerful discussion… her songs are bursting with ideas and passion. It is a beautiful and unique creation” – Australian Stage

“Gender Spanner goes where a whole community has gone before, but through the power of kick-arse dance, humour and a teeny ukulele” – Planet Arts

For queer and non-queer identifying audiences alike, the show is a bracingly intimate look into the experience of young people growing up in today’s increasingly gender-diverse society. It aims to guide audiences to question their own views within a hetero-normative community, and their view of what constitutes ‘normal’.

“I want audiences to think about their accepted ideas and to leave feeling like they can talk about it,” says McKerlie. “I hope that by telling my own story other voices will join the conversation.”

Gender Spanner is a burlesque cabaret that goes to the very core of what it is to be human, and is on for a limited season only.

Bookings at cabaretfringefestival.com. Click HERE to purchase your tickets.