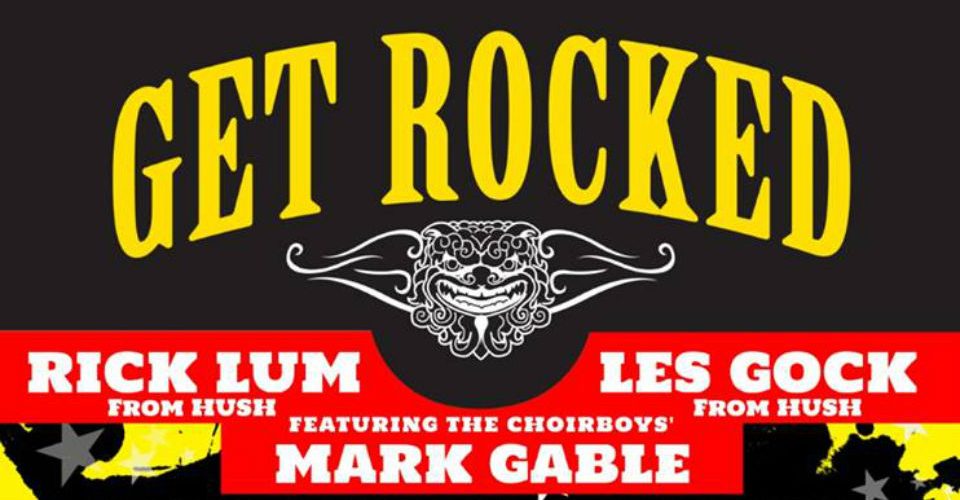 Leading up to the show, we have a chat to Les Gock and Mark Gable about the life of the band, current musical endeavours and the upcoming Fringe gig, and ask if they are looking forward to the show.

“Oh yeah, absolutely,” Les says. “We don’t get to play together that much. We each have our own things going, so the opportunity to come together and do this is fun! There’s a lot of pressure when you sorta go ‘Oh, we better reform,’ and there’s all sorts of expectations, but something like this means that we can kind of let our hair down and have a great time – which is sort of the whole ethos of our era back in the ‘70s. You got up on stage and had one purpose in life which was to have a great time and that translates to the audience.”

Sounds good! So, what inspired the resurgence of Hush for Adelaide Fringe?

“Well, a phone call, really,” Les laughs. I had to tell them that the original Hush is not really possible; without getting into personal stuff Keith’s not a hundred percent and there is a whole lot of practical issues. Rick [Lum] suggested that the two of us get together and do it, and I was already working with Mark in The Dinosaurs, so we did.

“We got a couple of other players too. I used to do a lot of work with Peter Northcote who, I think, is possibly the best guitarist in the country, and will add some schtick to the show! With him he brought Fabrizio Omodei, who he considers the best drummer known to mankind. They call him Fab which just adds to the fun. 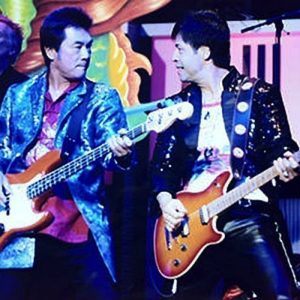 “I told Peter that I’d do all the solos and stuff, and he can just make me sound great [laughs]!”

We ask Mark Gable about his time with the and how he’s finding working with Les.

“Les and I have known one another for 13 years now and have become good friends,” he says. “We met on the 2006 Countdown Spectacular tour. I really liked him because, as usual, being half-Irish (although I was born in Australia) I don’t fit in to the normal Aussie kind of thing, so I find myself being attracted to the sort of barah, as it were, and because he’s partly Asian and a little bit weird we got along.

“We have got a throw together band called The Dinosaurs with Mark Evans from AC/DC and Buzz Bistrup from The Angels. We very rarely do shows together, so this is a major departure because Les asked me to please sing Hush, but I said, ‘Oh mate, bloody Hush songs, mate? Really? Mate, you gotta pay me a lotta money, mate! [laughs]’

“The thing is,” Mark adds, “Hush, although they may not have been the serious rocker’s cup of tea they were so popular back then in the real beginning days of rock and roll that it was really quite an anomaly – mostly because they had two guys of Asian descent in the band; that was abstract. It was a gimmick. Every band had to have a gimmick. School boy uniform, right? Pink Pig in the air.. And this band… I thought it was weird seeing this skinny Asian guy playing rock and roll. I wasn’t used to it. It was very rare!”

How does it feel fronting a band other than the Choirboys?

“It certainly will be a challenge and a different aspect,” Mark says. “My type of upbringing and where I exist in music is very different from where Les existed. Of course, Les went on to be massively successful doing jingle production and all sorts of things and that was very rare in itself. Whereas this is all I’ve done… forever. So doing this is gonna be fun – because I like him! Criteria!”

Since you’re stepping out of your comfort zone a little here, what other projects can we expect to see in the future?

“Choirboys are just in the process of doing our first recordings of ‘six packs’, Mark says, “six songs of every band we like. We’re in the process of finishing Creedence Clearwater (Revival) and then we’ll do ZZ Top, Free, The Who, The Beatles and, yes, we’ll even do ABBA – but in Choirboys’ pub rock style!”

Les tells us a little about the show and what they have in store for eagerly awaiting Adelaide fans.

“When I saw McCartney perform, he gave a few little insights related to the songs he was doing which I thought that was as interesting as the songs themselves,” he says. “So we sat down and thought about which bands stood out in our minds and most influenced us. In our case, probably, The Easybeats. It really doesn’t get better than them; they’re Australian, and they ended up with a worldwide hit record – which for an Australian rock band was a first. It’s those kinds of things inspired us. Mark was signed to Albert’s (Albert Productions) so he had a deeper association with them, and out of that whole family, comes AC/DC, The Angels and Choirboys – so we’re gonna do some references to that.

“One of the last times Hush played in Adelaide, talking about 1975,” Les recalls, “one of the support bands we had was The Keystone Angels, who were a Jug band. And we thought, ‘This is all wrong. What are these guys doing as our support act?” Go figure! And it was after that in the dressing room that Doc and the Brewster Bros came in and said, ‘Man, that show was great! We’ve gotta get big amps like that! We’ve gotta play rock and roll!” And lo and behold a couple of years later, there emerges The Angels.

“There are a lot of stories around Hush’s earlier days, for instance we supported (Status) Quo. It was Quo’s very first tour of Australia; no one had seen them. And as soon as we saw them we thought ‘oh my god that is exactly what we want!’ So, if you were a musicologist you would sort of go through and see the influences on Hush from Quo, AC/DC, The Angels, Rose Tattoo – a whole swag of Oz Rock from that era.

“One of the other tours we did was with the Jackson 5. We hadn’t even had a hit at the time and we’d just finished recording our first single, and the Jacksons we really like a club act kind of thing – Michael Jackson was incredible!” he adds. “I remember he was fourteen and came into the dressing room and we said ‘Hey, kid! How’re you going?’ You know it was like ‘whatever’, and he was very respectful, very nice. He asked us about one of the songs that we did, so that was cool! It was our first single and we had only just recorded it and played it for the first time at the Hordern Pavilion. It later went top ten in Sydney, so we’ll be playing that. And then there’s the Countdown era, which I guess, is one of the reasons we’re still performing.”

Yes, you were a regular on that show, weren’t you?

“Well, we were one of the first bands on” Les says. “And if we go through the history Countdown came out in ’74 and that’s also when Australia had colour television for the first time. We were the first ever Glam band and we were totally outrageous which fitted in with the whole concept. And of course, we became regulars; we just made a lot of sense on a show like Countdown.”

What are your future plans for Hush or music in general?

“You’ll find, when you see the show, that I really really love playing live,” Les concludes. “And the future plans are to do more gigs. I think that’s my kind of mantra because I miss it and I’d like to do more of it.”