GILLIAMESQUE: A PRE-POSTHUMOUS MEMOIR – The Life Of “Python” – Book Review 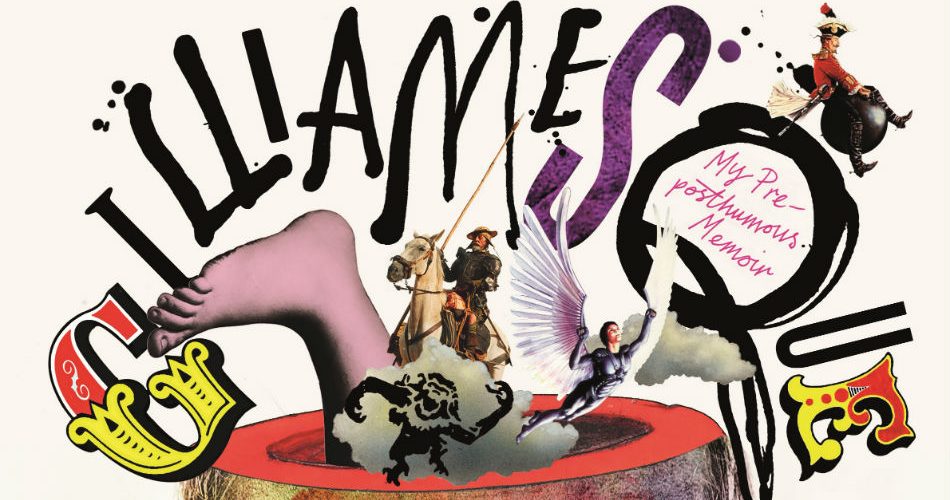 The five surviving members of Monty Python are all in their mid-70s now, and Gilliam (the animator, only American and most rarely-seen of the sextet) states early on in this lovely, glossy autobiography that it’s surely time for him to make a full confession, and he does indeed come clean on quite a few counts here, from his lucky, even fluke-ish pre-Python career breaks, as he developed his animation skills and made important contacts, to the films he directed solo both during and post-Python, from Jabberwocky to last year’s Brazil-esque but unfunny The Zero Theorem (which no one seemed to like, and Gilliam just about admits to it). 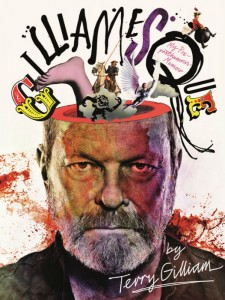 Terry’s discussed his charmed Minneapolis childhood previously, but here he includes family photos and his first ever attempts at drawing before shifting into accounts of high school hi-jinx, a stint in the military and to-ings and fro-ings from the States to ‘60s London, as he fell in with Harvey Kurtzman (of Mad and Help! magazines), a pre-Python John Cleese and others.

Again noting that Monty Python’s Flying Circus was never intended to have the ongoing life that it’s enjoyed for 46 years, while also playing down how crucial his animations were in keeping the chaotic episodes together, Gilliam then moves onto his films as director, from co-directing Monty Python And The Holy Grail (and just about coming to blows with the rest of the troupe) to the fun had as he worked on Time Bandits, the animation and opening short The Crimson Permanent Assurance from Python’s The Meaning Of Life, the barmy Brazil, the bloated The Adventures Of Baron Munchausen and the American The Fisher King, 12 Monkeys, Fear And Loathing In Las Vegas, The Brothers Grimm, Tideland and The Imaginarium Of Doctor Parnassus, which was almost scrapped after the death of star Heath Ledger – and just about carried off Terry too.

Obviously edited and compiled by Thompson from a series of taped Gilliam interviews and charmingly rambling recollections, this therefore lacks the more seriously ‘literary’ aspects of Cleese’s recent autobiography So, Anyway…, but that hardly matters as Terry’s body of work is so extraordinary and the guy himself is so intriguing: a kind-hearted, ludicrously creative Yank-cum-Brit who simply adores being a pain in the studios’ collective arses.