Hew Parham Shares The Tale Of Giovanni! A One-Man Show With A Passion For Tradition – Fringe Interview 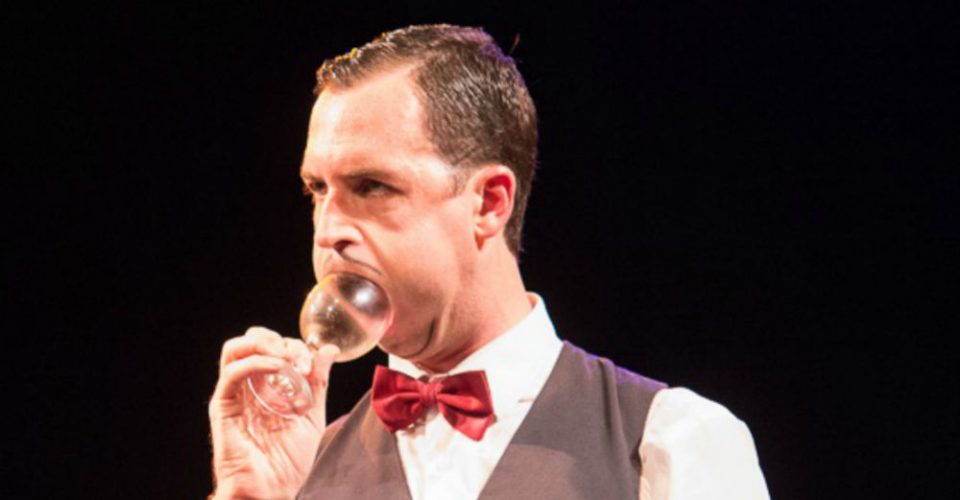 Hew Parham plays Giovanni, an Italian waiter who runs a family restaurant with his (unseen) mama. That may sound cheesy, but it’s a high quality cheese like Parmigiano-Reggiano. Giovanni believes in following his passion and traditions of good service and good food but he is struggling to compete with the onslaught of food franchises. Where is the room for the personalities these days, the unique dining experiences?

We sent Hew some questions. Here’s what he had to say.

“My brothers and cousins every Christmas would perform an absurdist nativity play with much cross casting between genders and animal species. The sheep were very prominent. My mum loved it Dad felt I needed to work on my bleating.”

What drew you into performing?
“Paralysing childhood insecurity and neurosis best cathartically expressed in front of a live audience.”

Favourite performer?
“Aitor Basauri from Spymonkey – he once milked a gag for 10 minutes.”

Duo or trio; who would be your partner/s in crime?
“Will Ferrell and Madeline Kahn.”

What is your best recovery technique from forgetting a line?
“Pure unadulterated honesty. Or rewinding like a tape.”

“Best gig – I did my clown show Schmoo to an aboriginal community I was working for, and I set the record for the most amount of people in the rec centre – 63! They were an incredibly giving audience.

Worst – I did Schmoo at a Fringe Festival in Northern Quebec. When I turned up, my venue was being used for a 40th birthday party, so I had to do the show in the park instead, it was my birthday as well and I had just broken up with my girlfriend. I had bought cakes for the audience as part of the show we just sat down and ate them.”

Favourite imaginary friend as a kid?
“My Dad.”

Job you currently perform in your alternative life when not performing on stage?
“Professional Procrastinator. Clown teacher.”

What is your hidden talent?
“I spend most of my time in the shower practicing my Tuvan throat singing.”

Tell us something that people don’t yet know about you.
“I have a very deep inny.”

Favourite childhood memory?
“The most impossibly flukey mark I took in football in year 4. I won player of the match for the mark. I still don’t know how I did it.”

Pet hate?
“Seeing a pretty lady and then she lights up a cigarette – major turn off.”

Time travel: where would you most love to go and why?
“I went to Florence a couple of years ago. I would’ve love to go back before the piazzas were spoilt with bright yellow jacketed tour groups.”

Most memorable thing someone shouted out during one of your shows?
“While I was fighting with a giant yellow pool noodle a woman got up and left and said it was too much like home. “

What’s something from your childhood that you still love and have today?
“Cheese.”

A missed opportunity that you would give anything to go back and try?
“Ha! This pretty much explains my love life and every night at the Fringe Club.”

If you were a flavour of ice cream, what would you be and why?
“Neapolitan – multi layered and some bits that are better left uneaten. Wait…eww.”