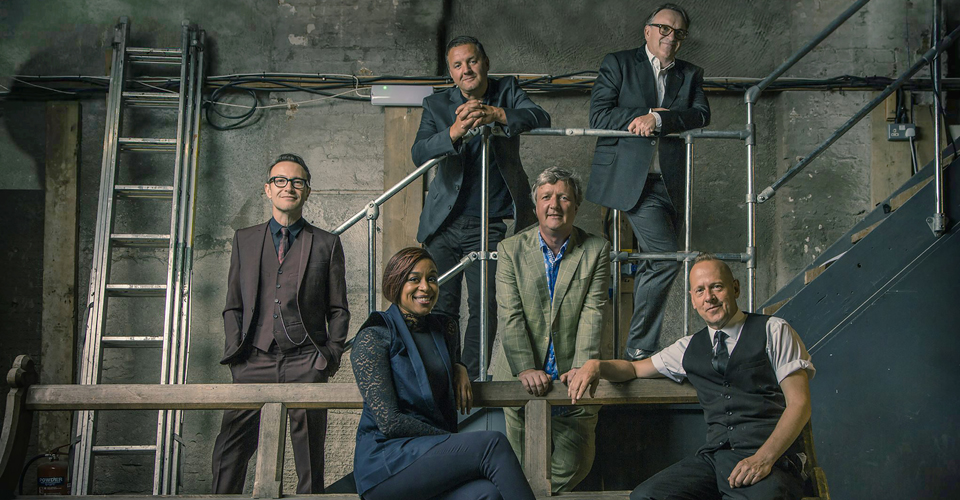 Announcing themselves to Australian mainstream audiences with 1979’s hit single Cool For Cats, Squeeze has proven to be a wellspring of fabulously crafted singles and albums. Songwriters Glenn Tilbrook and Chris Difford were responsible for classic songs such as Up The Junction, Another Nail In My Heart, Pulling Mussels (From The Shell) and Black Coffee In Bed. The band is embarking on a five-date Australian tour, the first in many years. We catch up with Glenn on the eve of the tour and ask him how long it has been since he’s been in Australia.

“It’s been four years since I’ve been here,” Glenn begins. “For Squeeze it’s been since 1980! I was last in Adelaide maybe 10 years ago…”

You have a few musical irons in the fire, including a busy solo career. What’s the best thing about being a member of Squeeze?

“It’s the joy of creating and playing music,” he says. “And having a band that is so good. We did a couple of gigs last week and it was just amazing to feel the vibe that we have in the band. I’m 60 now; it’s amazes me that this sort of enthusiasm can carry on. Look at The Rolling Stones; they are brilliant, still.”

It seems to me that, sometimes, as bands get older and more experienced that there is a greater chance of them focusing on the core business, which is making music, rather than posturing and fighting…

“Yes, we’ve had enough fighting in our band!” Glenn laughs. “You’re right; it’s about having enthusiasm. It’s also about keeping your eye on the ball. I think Squeeze got a bit complacent at one point, in the late ’80s and early ’90s. That sort of thing creeps up and takes hold and, before you know where you are, you end up being an imitation of what you once were. I realised that was happening towards the end, and I thought that I never, ever, wanted to be in that situation again. There were other things that happened but, from my point of view, we were responsible for that complacency.

“Seeing Brian Wilson, for instance; in 2001; I thought that if a show just doing old songs can be that good, then that’s what I want to aim for; that’s my inspiration. Squeeze is not a band that’s just trotting it out; it’s a band that cares about how we sound. We put the time in, and the thought, to make it sound great. Since we’ve been back together, we’ve spent about five years just playing our old songs – there’s certainly enough of them; to keep us going forever – but you also need to push forward. Music is no longer the centre of the world, perhaps, in the way it was. There’s so much other stuff competing. But I still think that you have to want to make a statement. The way that me and Chris write reflects our age. That’s an important thing too.”

How did the partnership with John Cooper Clarke for this tour come about?

“Well, we did a UK tour, ourselves and John, three years ago, and it was great. He’s so sharp; he’s funny. And it’s quite a contrast to have spoken word and then music. It works well, if you’ve got the right mixture.”

Are you happy with the latest Squeeze records?

“I think that making albums are like us poking our heads above the line and saying ‘We’re still here and, by the way, we’re still writing great songs’. Whether people want to know that or not is another thing! But that’s what propels the band forward and gives us our drive. To know that the new songs measure up to the old ones, musically. When we play them to people you can tell; because audiences never lie. You can tell if there’s a dip in the set, and there isn’t.”

Are you finding that your songwriting is as prolific these days as it was back in the 70s and 80s? Does it come easily?

“When we were younger we used to write more,” Glenn explains. “But at that earlier point of our career it was a bit more hit and miss than it is now. We write less now but we are more consistent and our standards are higher than they used to be. I think we concentrate more but we can also still capture the moment.

“The last two albums we made, The Knowledge and Cradle To The Grave, have both been recorded with us all playing at the same time, with minimal overdubs. So you get the performance, not just the song. And the song is always shaped by the band.”

You keep busy as a solo artist too. How is that going?

“For me it’s all part of the one thing. Sometimes I need to make records by myself, and often what happens is that what I learn I bring back to Squeeze. Squeeze reflects that and it keeps on changing. The only way the band can survive, and thrive, is by experimenting and always thinking about how you should sound.”

You’ve mentioned that you enjoy being in Squeeze but do you find the solo work provides you with a different enjoyment, a different creative release? Do you find it re-energising?

“It completely is. It keeps everything moving,” he says. “It took me being away from Squeeze to realise that. I started touring by myself around 2000, and then later I had my band The Fluffers – all of the members at some point later being in Squeeze. I discovered that touring with a band can be fun and that you can really put your heart and soul into it. Whereas Squeeze had turned into a bit of a dead fish at some point. So that’s not happening to us now, and it’s not ever going to happen. Because if it starts getting like that I’ll stop it.”

You appear to enjoy touring. Is there any chance of you hopping back into a Recreational Vehicle (RV) and touring solo on the road again?

“Every chance,” Glenn laughs. “It’s what it should be about. For me, I love travelling. I love actually seeing where I’m at. For too long with Squeeze I spent times not really appreciating where I was. Let’s put it this way – in this century I’m not doing that. I’m loving where I am, and loving where I go, taking it all in. Being in an RV is an ideal way to tour. You rollup, do a gig, go away, find somewhere nice to stay…what could be better?”

I’m so glad you recorded your USA RV touring adventures in the film Glenn Tilbrook: One For The Road; it’s one of my favourite music documentaries.

“Brilliant; thank you. I’m really pleased that Amy Pickard captured it because that was a time (for me) to rediscover what I was doing and why I was doing it. They were the answers that we came up with.

Lastly, do you have any special message for Adelaide fans?

“We are very, very much looking forward to getting to Adelaide,” Glenn concludes. “We can’t wait to be there!”