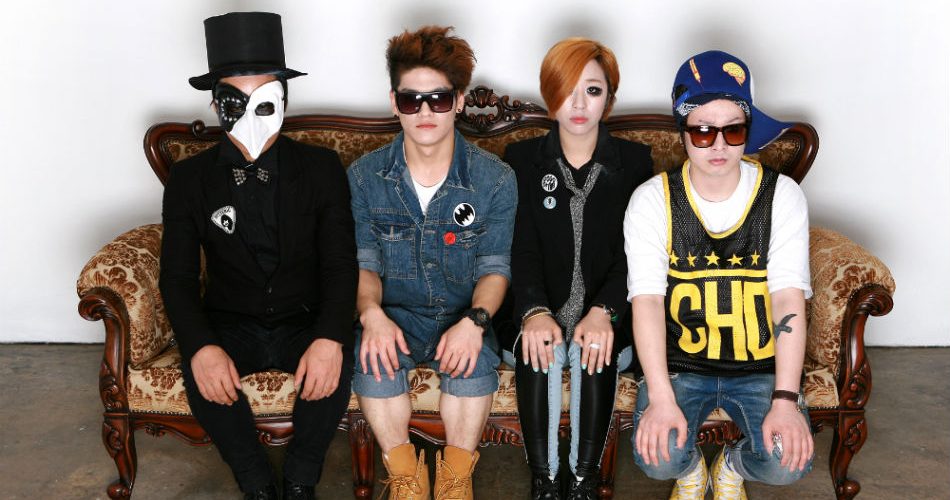 South Korea’s ‘goth-electro-disco-punk’ cult band GogoStar are making their Australian debut as part of the 2015 OzAsia Festival in what promises to be an uber-energised and highly original gig. GogoStar have a reputation for being highly unpredictable as they present their intense musical experience of pumping electronica, disco rhythms and raw punk instrumentals – all mashed up with Tim Burton-inspired visuals.

Comprising the talents of Lee Tae Sun (lead vocals, guitar, synthesizer); Lee Yun Suk (FX); Seona (bass, sub vocals) and Ally Kim (drums), GogoStar were making waves in their home country even prior to releasing their debut single, Gogoparty, and their subsequent first appearance at Ssamzie Sound Festival, one of the biggest rock festivals in South Korea – which is quite the feat for a band so new. The group were also nominated for the 2008 rookie of the year award by TV show, Space Theatre Kong.

We speak with Lee Tae Sun via email and translator and begin by asking how they got together to form GogoStar.

“The three male members of GogoStar became friends when we were young in high school, and all competing as National Diving athletes. At the same time, we all loved punk and metal music and it was very natural that we became a band. So, GogoStar was formed from those friendships, and not as a school band. Then we met our female member, bassist Seona, at a punk club through FX/DJ Yeonseok; they were schoolmates when they were in Middle School.”

How long has GogoStar been together?

“We’ve been together as a professional band for seven years now.”

What bands and musicians have been your major influences?

“Artists like Devo, Polysics, and Yeah, Yeah, Yeahs have been our major influences but it’s hard to just pick a few.”

What is it that you want to achieve with your performances?

“Simple! To have as many fans as we possibly can and to continue to share our music with as many people as possible across as many different countries and cultures as we can.”

What can your audience expect?

“Our show is something that Australian audiences will have never seen before! It’s considered kitsch and is JUMPING!

What do you have coming up next, following your time in Australia?

“We love making new music and will be in the recording studio again soon after we to do our show ‘down under’.”

“We’re really happy to be performing at the OzAsia Festival. It’s a fantastic opportunity for us to meet some new fans and perform our music. We’re looking forward to spreading our happiness during the show and if we can, we’d love to meet playwright Andrew Bovell while we’re there! We are huge fans of his.

“Please come and see the show – we promise to provide you with some great entertainment.”