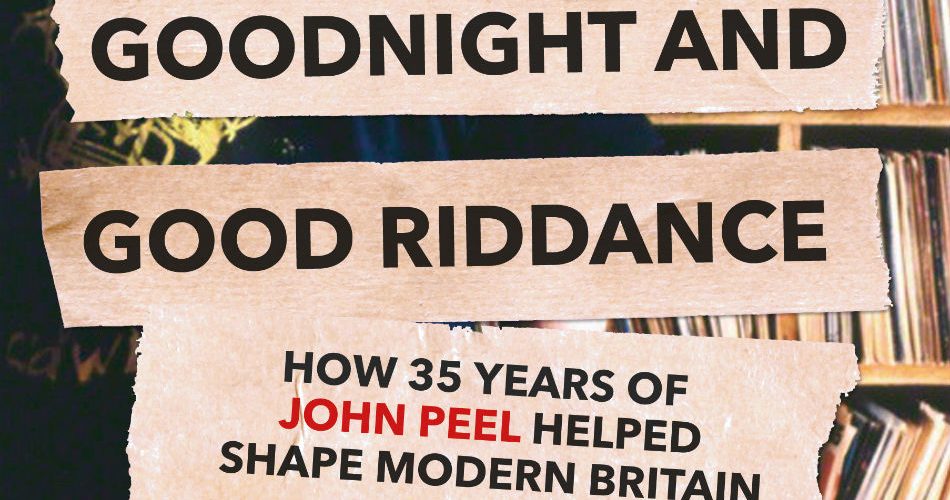 The cover of Cavanagh’s formidable tome comes with fond raves about beloved DJ, radio broadcaster, journalist and all-round-good-egg John Peel (1939 – 2004) from Jack White, Johnny Marr, Elvis Costello, Elton John, Robert Planet, Nick Cave and Thom Yorke, and they’re only a few of the luminaries who believe they owe their success to Peel, whose almost impossibly deep and eclectic passion for popular (and sometimes not so popular) music is truly the stuff of legend.

Instead of offering a straight biography, Cavanagh instead decided that John Peel (a.k.a. John Ravenscroft) was all about his work and therefore mostly constructs this as a chronological listing of 265 of John shows, from 1967 to 2003, through various incarnations 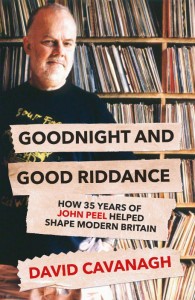 and with a listing of the time of each one’s broadcast, the news headlines that preceded it, the many and varied bands featured (often interviewed and playing live) and some of the key and sometimes controversial statements Peel made. And we begin with The Perfumed Garden, Peel’s show on the pirate station Radio London, before he headed to the BBC and increasingly mainstream acceptance, and cemented his cult status by championing bands that he thought needed a push or demanded airtime back in pre-Internet days.

And even a quick list of these is fairly extraordinary: for example, early on Peel adored Tyrannosaurus Rex (before Marc Bolan gave up the looniness and went rockier with just T-Rex) and a pre-Space Oddity David Bowie, and when they got huge other bands started approaching Peel personally as he celebrated musical movements from prog rock to glam to punk (a love affair that lasted a long time after a bumpy start) to techno, rap/hip-hop, jungle, grunge and beyond.

Full of humour and with considerable vitriol at times (especially as Cavanagh attacks the misogyny of rock), this is an exhaustive but not exhausting study of a fascinating figure who, as the title suggests, did help shape modern life (remember the opening and closing ceremonies of the London Olympics, and how the soundtracks were full of Peel faves?). And some of the groups and solo artists he tried to assist in becoming famous who imploded quickly are worth pondering: whatever happened to Wizz Jones, Punishment Of Luxury, The Meditations, Silicon Teens, Half Man Half Biscuit, Anorexia, Beautiful Pea Green Boat, The Phantom Surfers, Extreme Noise Terror and an American ‘grindcore’ band known under a title that the gentlemanly Peel refused to say on air, and which probably had trouble finding a record deal as they were euphemistically known as ‘AxCx’ or A.C. but their real name was … (insert radio static here).