THE GRAPHIC ART OF THE UNDERGROUND: A COUNTER-CULTURAL HISTORY – Book Review 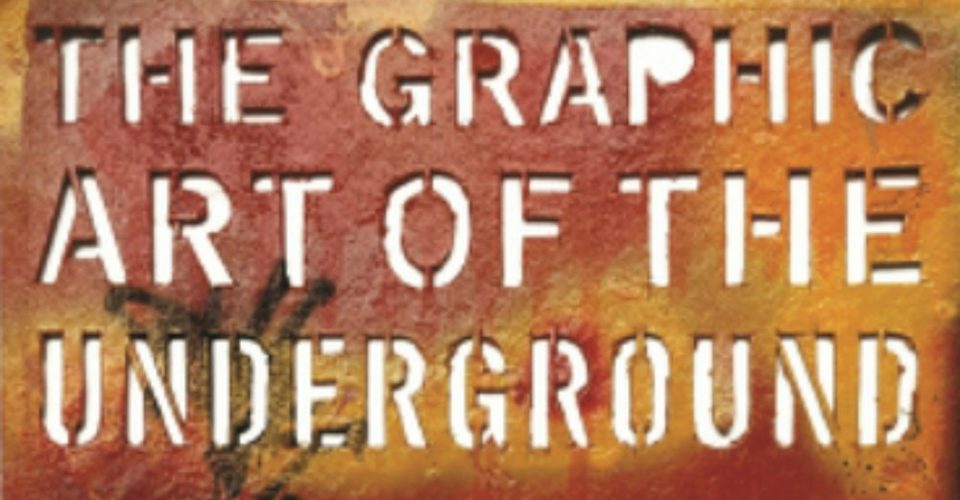 Inspired by a series of lectures they delivered at Manchester’s Cornerhouse cinema and gallery in 2012, Lowey and Prince’s study of key youth and pop-cultural movements since the 1950s, and the typically startling, sexually graphic and deliberately provocative art that accompanied them, is a little dry in its exposition, but that’s okay, as this is truly all about the pictures. 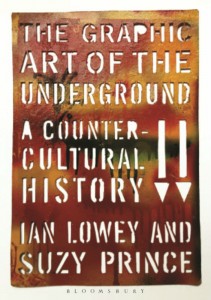 Beginning with a chapter about ‘automotive art’ (Remembrance Of Finks Past), with offerings from Ed ‘Big Daddy’ Roth (Rat Fink), Ben Brown (a 1999 poster for a tour by Mudhoney and others) and Robert Williams (Snuff Fink), as well as a few photos of Roth himself in cool cars, we move into surely the most memorable section here, Out Come The Freaks, which details the emergence of the psychedelic underground. And it’s not surprising that posters for bands like Soft Machine and Pink Floyd are reproduced, along with ads for ‘legalise pot’ rallies, the LP cover for Cream’s Disraeli Gears, freaky and sexy covers from Time Out and Oz and, of course, Robert Crumb works, including San Francisco Comic Book No. 3 (with one of his trademark women with huge bosoms) and the late offering Footsy from 1994 (which features another very Crumb-ish chick in white sport socks).

Noting early on that designer toys and especially ‘indie crafting’ are the newest thing on the underground scene, the final chapter (Something Old, Something New) is therefore all about these formerly niche movements, and offers pics of off-colour knick-knacks (‘Kaws’, a Jeff Koons doll, a ‘Space Monkey’ with an interstellar meat cleaver) and the surprisingly cute ‘Piggle’, ‘Amphibian’, ‘Elspeth’ and, just about finally, Lauren O’Farrell’s one-of-a-kind ‘Whodunnknit’ Plarchie The Squid Residing On Darwin Statue. Surely the counter-culture ends here?

This title is available through Allen & Unwin, Click here to purchase your copy.