Grease Is The Word… Have You Heard? …That It’s Coming To Town!?! – Interview 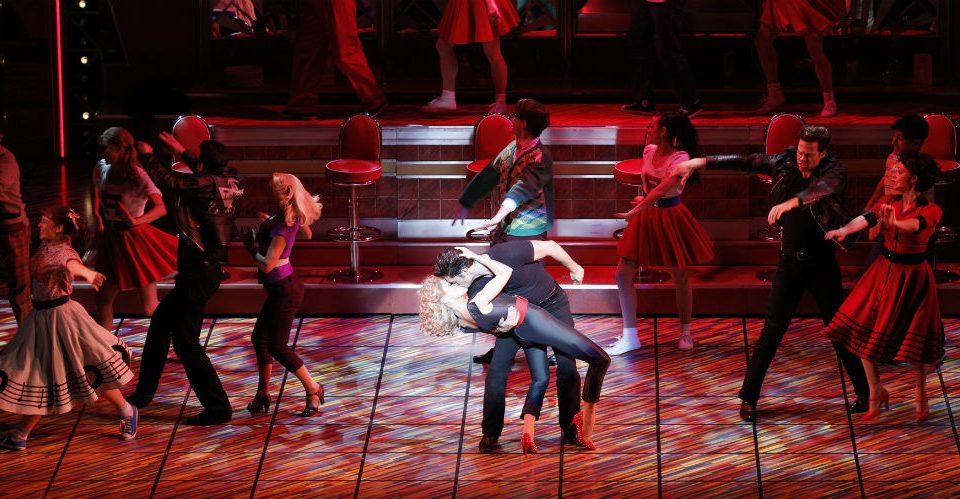 Grease was originally a hugely successful 1978 film starring John Travolta and Australia’s Olivia Newton-John in the key roles and was set in the 1950s. The soundtrack, featuring songs such as Grease, Summer Nights, and You’re The One That I Want as well as an array of rock’n’roll classics, also became one of the best selling albums of that year. 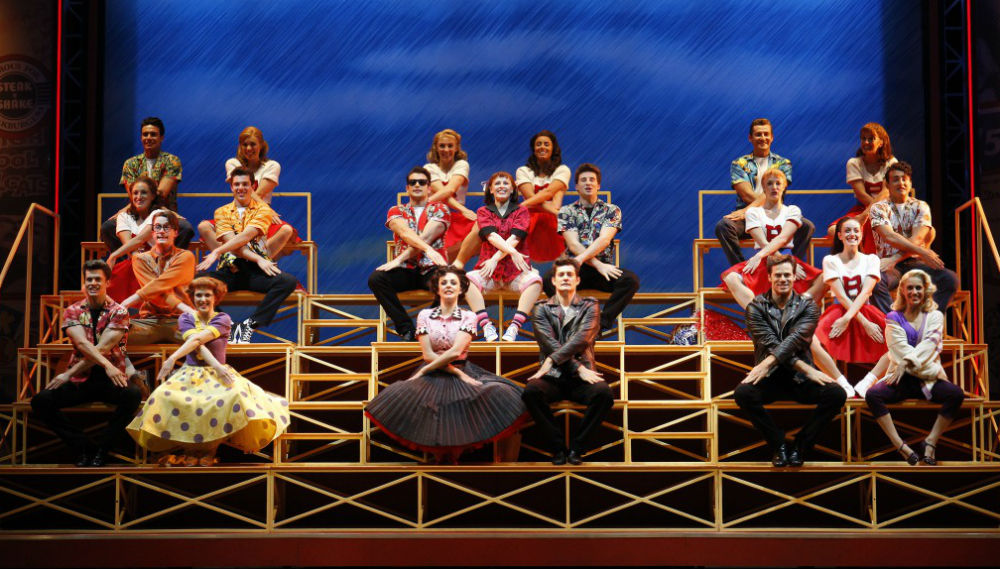 We caught up with Rob Mills and Gretel Scarlett, who enjoy a great camaraderie, as part of a whirlwind promotion tour.The ever-cheeky Rob Mills tells us how he was asked to audition for the role of Danny Zuko.

“I’ve usually had to ask to audition for shows such as Wicked and Legally Blonde,” he laughs, “but this time they actually asked me because the producers felt I would be right to play the part. So I went in and sang and read some parts alongside three potential Sandys with Gretel being one of them. And they really liked what they saw.

“Initially I was a bit unsure how I’d go with the dancing because that’s pretty tough,” Mills adds.

“But you worked really hard at that,” Gretel Scarlett interjects. “You spent about a month or so working on it.”

“Yeah, yeah,” Mills confirms. “I did that before any rehearsals had even started to make sure I was one step ahead of everyone. Professional dancers pick that stuff up really quickly – it takes them about a minute – but it took me a few weeks to get it down.” 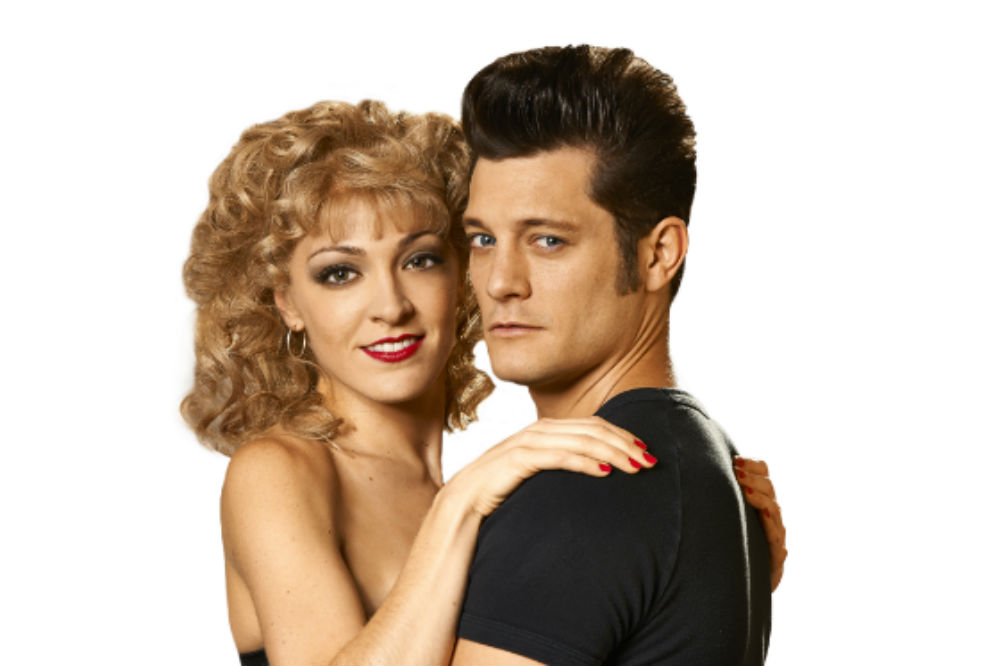 Scarlett had to go through the audition process for her role in GREASE after being an understudy and part of the ensembles in several successful musicals.

“I’d decided to leave Wicked because I wanted to step up,” she reveals. “I’d rehearsed the role of Elphaba in Wicked for almost a year and only got to go on stage once in that role which was for only half the show. I thought I was no longer challenging myself so needed to get my teeth into a big role.

“I had thought the producers of GREASE would have had someone already in mind for Sandy but, as it happened, I got an audition. And it was the day they flew in the big producers from the UK so there was a panel of eight. It was interesting working alongside some of the other potential males for Danny’s role. Danny’s character is a real mix, but some of them had way too much bravado and weren’t the types you could see yourself easily falling in love with.” 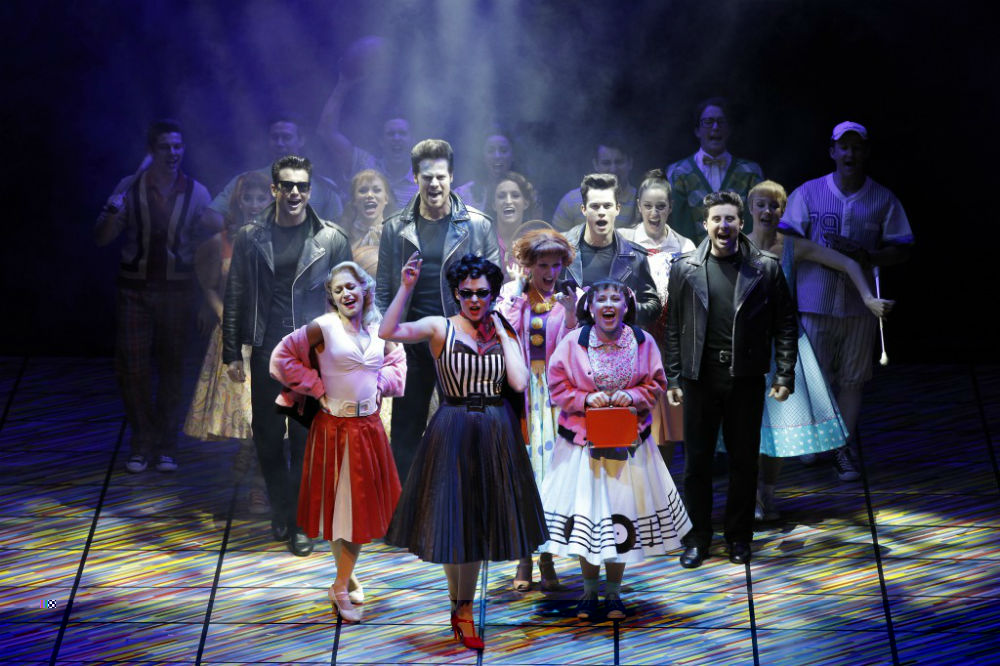 Scarlett and Mills say they were already very familiar with the film – Mills said he’d seen it upwards of a dozen times over the years – and that it remains highly popular.

“It’s such a great love story and quite classic,” Scarlett considers.

“But the musical theatre version has a bit more of an edge to it,” Mills states.

For your chance to win one of 2 Double Passes to be at the Opening Night Performance of GREASE on Thu Aug 7, Click here or head over to our Competitions Page to put yourself in the running for a great night out!