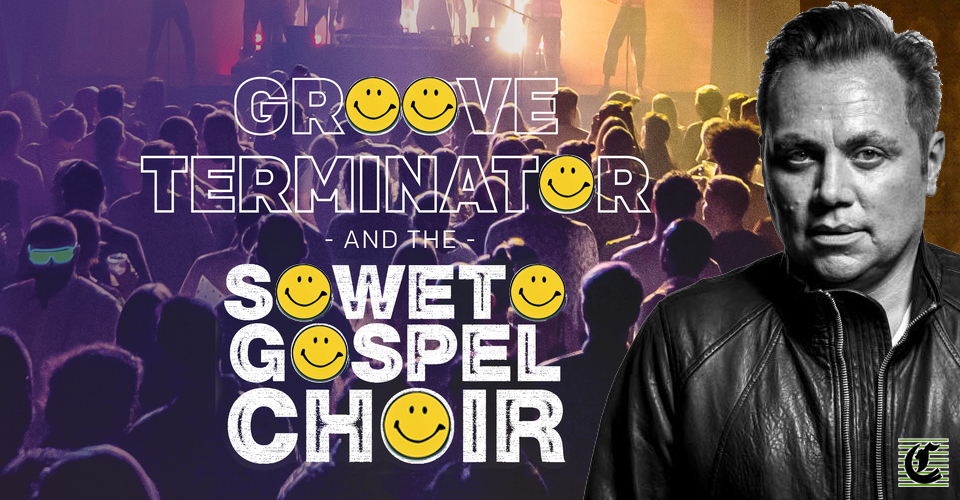 Do you know what is weird? Interviewing somebody you have known for over thirty years. You have to keep getting back on topic when the temptation is to just shoot the breeze, talk about your kids and whatnot. I first met Simon Lewicki back in the late eighties when I was DJing at the Tou-Can-Tou and he was a teenage guy, dressed in much sought after Fila clothes and with a passion for hip hop that drove his own desire to make music.

At that time he was a hip hop purist and it was all he listened to and created himself as part of Major Rhyme Squad and on his own. But partly by looking for funk and disco breaks his musical horizons broadened at the same time as the emergence of Adelaide’s unique dance music culture, house music became the driving force of dance floors and Simon as Groove Terminator became one of its leading and most popular proponents.

Playing all the early raves, touring nationally and producing his own records GT became one of the key figures in a cultural movement that continued to blossom in the 1990s. By the early 2000s he has making killer dance music (It’s On, Losing Ground, Here Comes Another One) that was all over Triple J, and the commercial radio wasn’t far behind. Since then he has been in a number of dance acts like Chili Hi-Fi, Jump Jump Dance Dance and the hugely popular Tonight Only.

Living in the USA for a number of years, working with interesting people and following his dreams, GT has been back in Australia for a while with his wife and two daughters and far from taking a slow-down route, he has been making dance ‘events’ a major focus. He DJed with a full symphony orchestra for Ministry Of Sound and was one of the creators of last year’s Block Rocking Beats Festival in McLaren Vale. Last year he has a massive run during The Fringe with GT’s House 5, a live version of his legendary mix tape of the same name. The big difference however was now it was a live DJ show that features a full gospel choir (Adelaide Gospo Collective). This year he has taken the concept to a whole other level joining forces with the legendary Soweto Gospel Choir.

This year differs from last years in a lot ways, how was the approach different with History of House?

“Because what we did last year was literally track for track replicating a mix-tape I made in 1993 we were doing four or five minutes of some songs, we had to do it that way because that tape had become so iconic if started messing around with it people would have wanted to kill me. This one we get through a lot more songs but shorter bits, two minutes or so then I’m out, let’s get to the next one, let’s go. I’ve got the choir doing other things, in-between and over the top. It’s a lot more integrated.”

You have done a number of these large dance events in recent time, a what point did you think ‘Gospel Choirs’ that is what is missing in my DJ set?

“After I did the one with AGC I kind of got a taste for it and I could see the potential for all the things we could do with it,” he laughs. “The Ministry Of Sound thing was great but we only have the rights in Australia and there are plenty of people doing things with orchestras all over the world. I was told SGC would be around and we set up a meeting last year.

“But I didn’t have a clear idea of what I wanted to do yet. So I was trying to explain it might be ‘let’s do everything and just chuck it all together’ and maybe call it Last Night A DJ Saved My Life. But I talk really fast and tend to mumble and they are all English as a second language so a lot of the time they were ‘What is he saying??’ So as I was explaining is was like a History of House, and that was the light bulb moment.”

You had to go to Soweto for rehearsals. How was that?

“Incredible. We tried to do it remotely over the net, but the musical director for the choir Milton ended up saying you need to get on a plane. So I guess I’m going to Soweto. The choir has two companies and this is the International one, and it was literally the only break in their schedules that we could do it. But we knocked out fifty songs in three days. Some things I thought were really obvious songs they had never heard before. I also started looking at what was big in South Africa musically and disappeared down a rabbit hole of South African disco and funk. Like the Rodriguez story, there is so much incredible music people haven’t heard. So now we are talking about making a record together and the sky is the limit.”

“No. they had done stuff with U2, Sting, Aretha Franklin and Peter Gabriel, those up and coming guys, but as far as club based music definitely not. They knew maybe 60 percent of the tracks. They all knew Inner City Good Life, Daft Punk and Tori Amos. I found that really interesting because house music is the most popular genre and the number one artist in South Africa is a DJ, Black Coffee, not number one dance artist, number one artist.

“There is a guy called Samthing Soweto, who is a local independent artist and he out sold Billie Eilish last year. It’s a traditional song writing form, but it is club music. So we had stuff in common, and the Choir tend to know their way around a harmony. I think the first song we did was maybe Relight My Fire and the harmonies kicked in and I was like ‘Oh shit’ and they tore the roof off the place. It was a whole week of goose bump moments. I was so nervous about opening night because last year’s show, I knew I had sold 10,000 copies of that tape in Adelaide alone so people were already on-side with the set. But nobody knew what this was going to be and they were just trusting on me knowing what I know and doing what I do.”

I assume you had not been to Soweto before. Did you get to see much apart from rehearsals?

“No [laughs]. We were doing eleven hour days. I’d get up and do my business calls for a few hours, drive to the theatre which was about an hour away. Work all day, grab some food, go and crash. We finished early one night and I mentioned I might go to the club I could see 400 metres up the road and was told, ‘well, it’s daylight now so you could walk up, but you’ll need to get an Uber back. I was like ‘I can see it for here’ and they said ‘Noooooo’. Soweto is really gentrified compared to what it used to be, but there are crimes of opportunity.

“I have to say I felt 100 percent safe the whole time I was there though,” Simon says. “I went across the road from the theatre for lunch and I was the only white face I saw all day, which is quite confronting and I had a moment where I was like ‘So this is what every person of colour feels anywhere else in the world’. Everybody should experience that; we’d all get along better I think. The only touristy thing was to visit Vilakazi Street where the Mandela family and Desmond Tutu lived, the only street in the world with two Nobel Peace Prize winners living in the same street.

“The huge presence of the Mandela family, both Winnie and Nelson, is everywhere, Winnie is considered The Mother Of The Nation and I wanted to pay homage to that. When I was getting woke as a teenager I discovered everything I knew about apartheid through music and I wanted to put something back to respect that struggle. Like the record says It Began In Africa.”

I think some people have a notion about what a choir is and that is not what these guys are, is it?

“Not at all,” he says. “They are dancing, interacting with people and having a ball. When I saw them last year I could see elements that would work in this show. Like we do Leonard Cohen’s Hallelujah but we do a version of their version. As far as stage craft goes I just kept referring back to their show. It’s like when you do that bit in your show. They want to bring the party and that’s what this show is, it is a party.”

You pack a lot of songs into this show, was it difficult narrowing it down?

“I probably should have called it History Of House Part One, because I have enough material to do several different versions of it. This time I was looking at the songs in a sense of which was more important, I was looking for tracks that moved the needle in a cultural way. It’s like the hardest mix tape I have ever had to do.”

Opening night was a euphoric and exuberant party with a massive tent full of people in a beautiful, spine tingling celebration of this music that brought so much joy to so many people. If you love to dance you have to get to The History Of House. No doubt GT will return next year with the Mormon Tabernacle Choir or a thousand-voice choir from Wales or something equally spectacular.