Hannah Gadsby – Dogmatic: The No Woe Zone Of Comedy at The Garden of Unearthly Delights – Adelaide Fringe Review 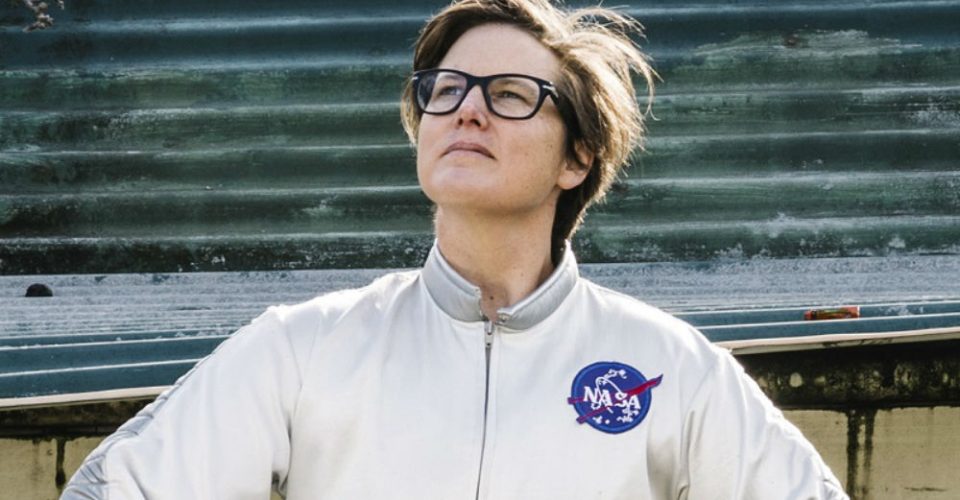 The Garden Of Unearthly Delights – The Factory, Fri 26 Feb

Following Lifeline and Beyond Blue numbers being placed below one of her reviews last year, Hannah has decided it is time for a ‘no woe show’ with Taylor Swift her inspiration. Hannah Gadsby is a veteran legend of Australian comedy as well as one of the stars of ABC TV’s comedy Please Like Me, where she claims no acting skills are required as she plays an overweight, depressed lesbian.

In her new show Dogmatic there are costume changes, intense lighting, inspirational speeches and sexy poses all done in a hilarious mocking fashion. She entertainingly strains her way through trying to create a blissful pop concert, even though the sensory overload of a pop concert would actually make her panicky and angry. The self-deprecating observations about her life we are used to from Hannah Gadsby take a back seat as there is no woe permitted tonight.

There are reflections on why Taylor Swift continues to be seen as a role model, such as being ‘human’, ‘real’, never exposing too much skin, apparently having done it tough and bringing her girlfriends to red carpet events, which Hannah feels she can easily match or trump. Taylor Swift loves to Instagram her cats, but due to Hannah not liking cats and cats not liking her (they started it) it is her dog Douglas who features heavily with videos of him generally being adorable and not doing as Hannah instructs.

Dogmatic is one of the better shows she has brought to Adelaide recently with wonderful stories and fantastic video projections. Her deadpan delivery continues to have big audiences cheering and laughing.

A great show by a hilarious storyteller.

Hannah Gadsby – Dogmatic continues at The Garden Of Unearthly Delights – The Factory, at various times, until Sun 28 Feb.

No woe, no cats, lots of dogs, and hilarious stories!