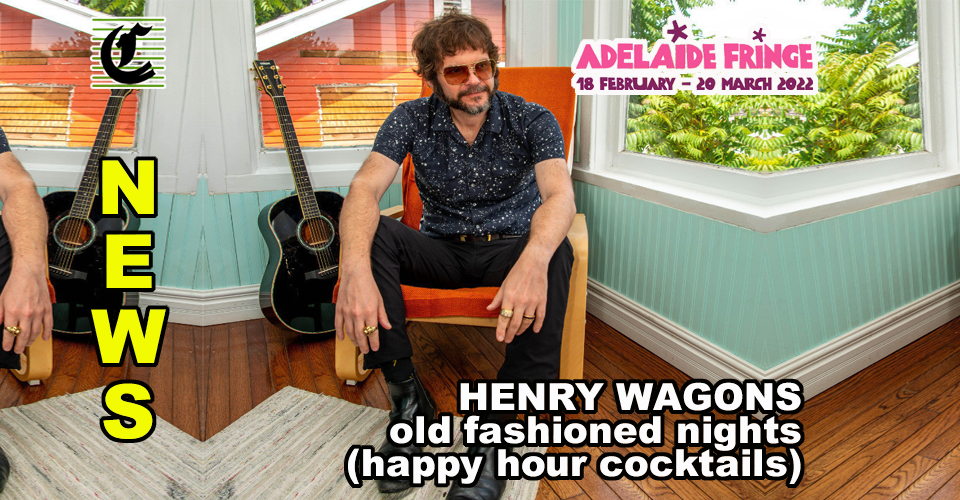 That talented chap, Henry Wagons, is doing two cruisy intimate afternoon shows this weekend, upstairs at Rhino Room. Wagons is a singer, songwriter, TV and Radio presenter and raconteur. With his outlaw alt-country rock band Wagons he has released seven albums since 1999 as well as three solo albums.

Many may know Henry Wagons from his work as a presenter and reporter on the ABC’s Art Nation and Sunday Arts, or appearing on Dig TV, Spicks And Specks and Rockwiz. He hosted a BBQ cooking show in 2014 called Keepers Of The Flame and currently hosts Double J’s Americana/Roots radio show Tower Of Song. He is a smart interviewer, great story teller and a terrific singer songwriter. Sounds like a super nice guy. So nice former TISM member Damian Cowell to immortalise him in a NSFW epic with his band The DC3 (you can find it on YouTube).

Henry’s Old Fashioned Nights is a cocktail hour (with actual cocktails crafted by Wagons) meshed with music and stories. This will be a two-hour show – including intermission. Chin Chin!