A HISTORY OF THE BOOK IN 100 BOOKS: Mankind’s 5000 Year Thirst For Knowledge – Book Review 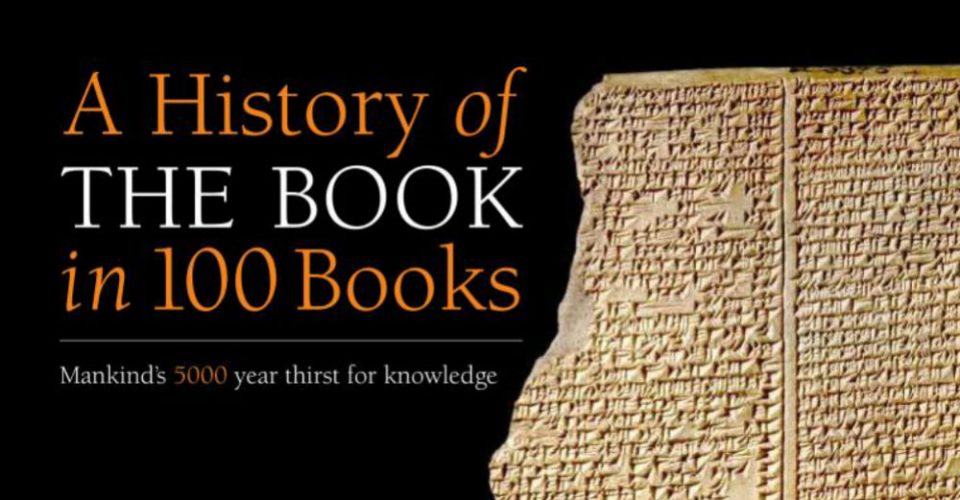 I’ll get the bad news out of the way first. It is ridiculous that publications such as these, which are impeccably researched by educated scholars and even in their own way progressive, still use the masculine (i.e. mankind) to refer to all of humankind. It is very simple. Humankind is a perfectly acceptable way to refer to humankind. Using mankind to supposedly include women erases women from history. It is not acceptable and hasn’t been since, gee, I don’t know, ever. But let’s be generous and say the 1960s, when the importance of this kind of thing was understood fairly universally for the first time. 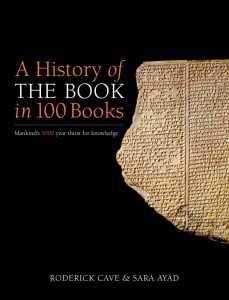 Shame on these authors, editors and publishers who still get this simple thing wrong.

Onto the good news. This is a beautiful book filled with superb pictures and brief, digestible story snippets. It is a journey through human history using the printed word as a guide. From the first cookbooks ever produced in the Roman empire approximately 2000 years ago, to printing on bone, bark and bamboo, to stories told with knotted string, to the first books on astronomy and anatomy, to Gutenberg and music notation. Finishing up with a quick look at e-books, Manga and experimental ‘artists books’, this is a broad ranging text.

While, predictably, there is much focus on men’s work and religion, there are also many surprising and illuminating moments. For example, the story of Empress Shotoku of Japan, who ‘ordered that small wooden pagodas containing incantations printed on paper be made for distribution to temples. A million sets were made’. Empress Shotoku, not Gutenberg, was the first to mass produce the printed word on paper. The feat was ‘a marvel of organisation: the woodturning for the pagodas; the papermaking; the printing of the incantations’ (using bronze plates, 1000 years before the Europeans came up with a similar idea). It is the forgotten stories such as these that make this book such a worthwhile read.

This title is available through Allen & Unwin: Click here to purchase your copy.