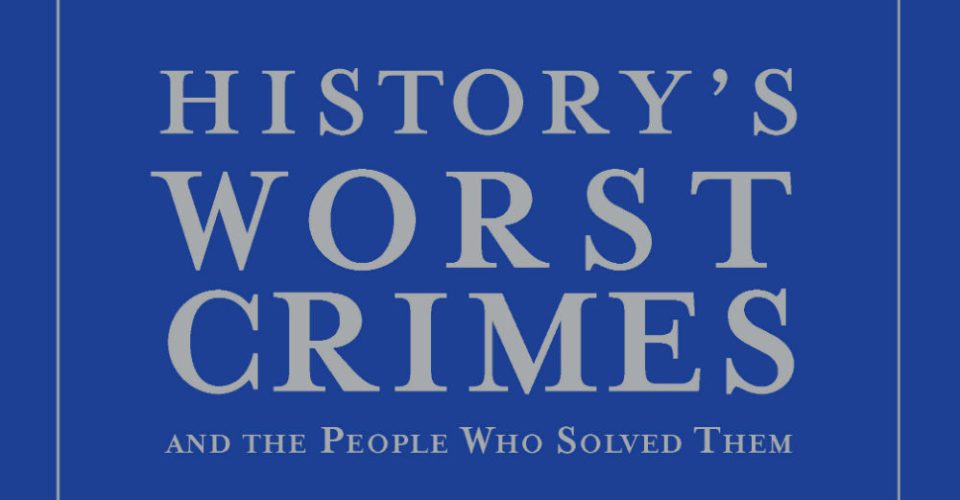 The latest in an ongoing series of glossy volumes dedicated to studying ‘History’s Best/Worst/Greatest…’ (mysteries, wars and so forth), Price’s straightforward study of the worst crimes ever (a subjective thing, surely?) begins (rather oddly) with history’s first supposed murder (Cain killing his brother Abel, if you believe The Bible), leaps into the details behind the assassination of Julius Caesar and then flashes forward centuries to India’s ‘ 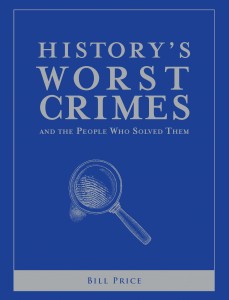 Thugs’ (or ‘thuggee’) and the dirty deeds of a rogue’s gallery of villains, killers and psychopaths, notably including:

Countess Elizabeth Báthory de Ecsed, who bathed in the blood of virgins (how many exactly has been hyped up ever since); Burke and Hare, the most infamous of the body snatchers; and highwayman Dick Turpin, whose swashbuckling legend has distorted the nasty truth.

It’s no surprise that 20th Century crimes make up the bulk of chapters here (and prove considerably grimmer), with the facts concerning Ed Gein, The Boston Strangler, the Moors Murders, Ivan Milat and the Columbine Massacre still seriously disturbing so many years later, while Price asks some tough questions: were the supposedly terrifying Thugs actually not quite that scary, and played up to frighten the colonising British and justify racism? And is Ned Kelly worthy of being celebrated as an Aussie folk hero? He was a murderer, after all.

And surely the subtitle of this one is also misleading, as the lasting infamy of many of these crimes is the fact that they remain unsolved. Is there any way of ever knowing who ‘Jack The Ripper’ truly was? Who committed ‘The Black Dahlia Murder’? Who hijacked Flight 305? And was Lee Harvey Oswald really one man acting alone?