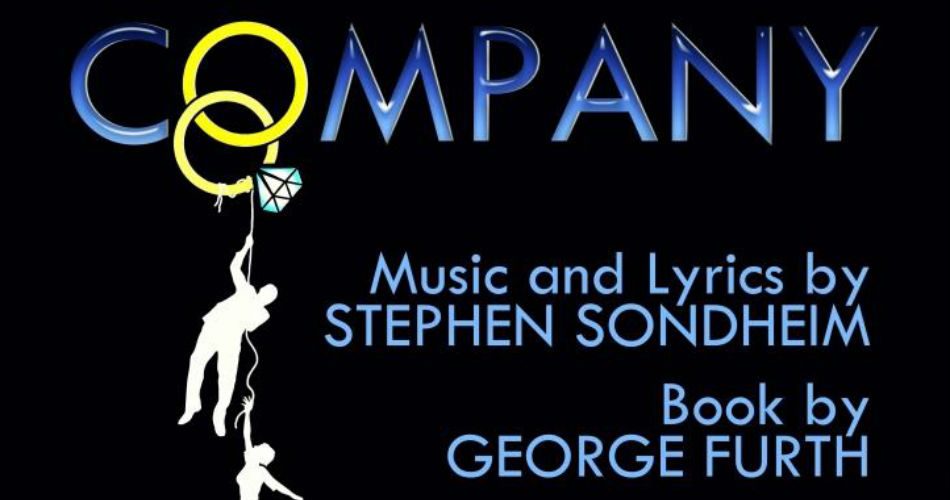 For the first time in 16 years Adelaide audiences will be able to enjoy the timeless Stephen Sondheim musical Company. From the book by George Furth, the original Broadway production of Company was nominated for fourteen Tony Awards and won seven. Company focusses on relationships, marriage and commitment through the eyes of Robert, a bachelor, who is celebrating his 35th birthday by observing his friends, all married couples, and his three girlfriends.

Produced by the award-winning Hills Musical Company, this production is directed by Fiona DeLaine and musically directed by her husband Mark DeLaine. Fiona is in the final days of rehearsal as we speak about Company.

“Company is a non-linear look at marriage,” she begins. “The couples, Robert’s friends, are his measuring stick for marriage and there are some he views as unattainable versions of the perfect marriage and those whose flaws are a massive turn off. It is through Robert’s interactions with these couples, and his three current girlfriends, we experience the journey of self-discovery with Robert.” 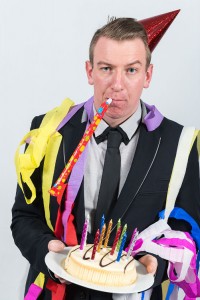 What prompted you to direct the show, and how true to the original script have you remained?

“Mark [DeLaine] has passionately wanted to musically direct Company for a number of years. After a few missed opportunities he finally had the chance with the Hills Musical Company with a different production team. Unfortunately, the two other members of the team had to bow out. This left the Hills in the situation where they had the rights and a musical director and were discussing the possibility of replacing the director rather than show. In support of the Hills, who I have enjoyed several wonderful performing experiences with in the past, I put my hand up. I had sung and studied several of the songs from Company while at Flinders Drama Centre under the direction of Michael Morley so felt a connection to the piece.

“In terms of the script, apart from the odd set direction here and there, the subject matter, of human interaction, relationships and love, is timeless. As they are vignettes, snapshots of relationships in different stages of their journey there are no direct indicators of time or space.”

What do you love about Company?

“I love the poignancy of some of the moments in Company, whether they come in the script or the lyrics,” Fiona says. “Company is also a wonderful vehicle for actors. It is rare, and is one of the greatest challenges for actors in musical theatre, to get time to express through dialogue. It’s essentially a play with music making it a very unique musical theatre experience.”

What do you feel Company is trying to say to people about marriage and relationships?

“Nothing’s perfect but with love, work, compromise and commitment, the journey of life is one shared and the presence of another person is a gift not a hindrance. It also says that the search isn’t for the perfect fit as deigned by society or as seen in other people’s relationships, but what the perfect fit is for you.”

Life continues to reflect art in the cast with young newly wed characters, Amy and Paul (played by Jess Rossiter and Jonathan Knoblauch) who recently engaged. Jonathan was reported to have proposed to Jess in the middle of a rehearsal! We ask Fiona how are the couple are doing onstage, now that they have progressed to this milestone in their relationship.

“Jonathan and Jess came to us as a couple and as two very strong performers in their own right. While their chemistry is very natural and undeniable, I have every belief that they would have achieved this regardless due to their professionalism and talent.”

How are the cast and orchestra going learning the challenging Stephen Sondheim music and lyrics?

“Say the word Sondheim and there is no doubt musicians, singers and players alike, shudder,” Fiona says. “It is very challenging, but this is my husband Mark’s 4th Sondheim show as Musical Director and several of our cast have tackled Sondheim’s work in other shows. They are all also very talented musicians and extremely hard workers.”

Tell us about the cast. Have they been allowed to create their own versions of the characters or have you requested they remain close to the originals?

“As I am a performer first and foremost I am a strong believer in the need to allow actors the chance to create their own versions of the characters they play. During this process we have had character discussions and eventually came to a joint understanding of who the characters are. At the end of the day, the cast are the ones on stage having to carry the show so they need to be comfortable and connected. That said I have overseen the process and ensured that all interpretations fit with each other as well as the piece itself.”

Why should people come and see Company?

“Because it’s excellent quality local musical theatre showcasing some amazing talent,” Fiona says. “It has taken a lot of hard work and dedication to put this show on, not just through the work onstage, but behind the scenes from committee right through to the volunteers.”